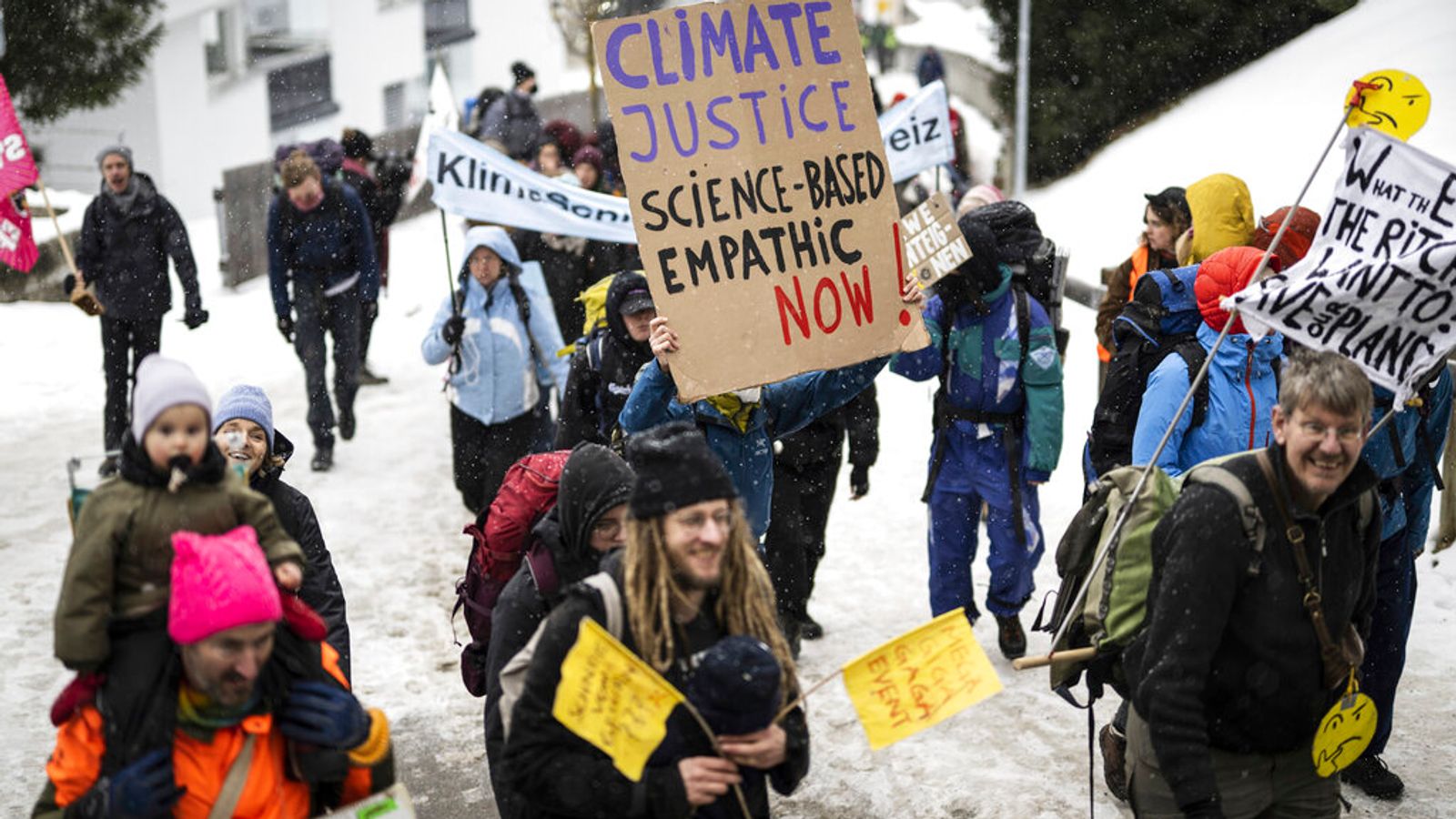 The mood in Davos seemed to lack the urgency needed to keep global warming to 1.5C, says Fatih Birol, executive director of the International Energy Agency, which has said if the world is to reach net zero it must refrain from any new oil and gas exploration projects.

Climate change is slipping down the international agenda, raising the risk governments will slow their pace in reducing greenhouse gas emissions, the head of a global energy watchdog has told Sky News.

Speaking on the fringes of the World Economic Forum in Davos, Fatih Birol, executive director of the International Energy Agency, said the mood at the Swiss resort seemed to lack the urgency needed to keep global warming to 1.5C.

The organisation he leads works with countries around the world to shape energy policies for a secure and sustainable future.

But Mr Birol said: "I have the feeling that climate change and its urgency is sliding down the agenda.

"The energy crisis is very important - it's crucial.

"The food crisis is very important.

"But the climate crisis is very important as well.

"I don't see the commitment and engagement from people that I have seen in the last few years… It is not something that we can forget and it is a real issue." 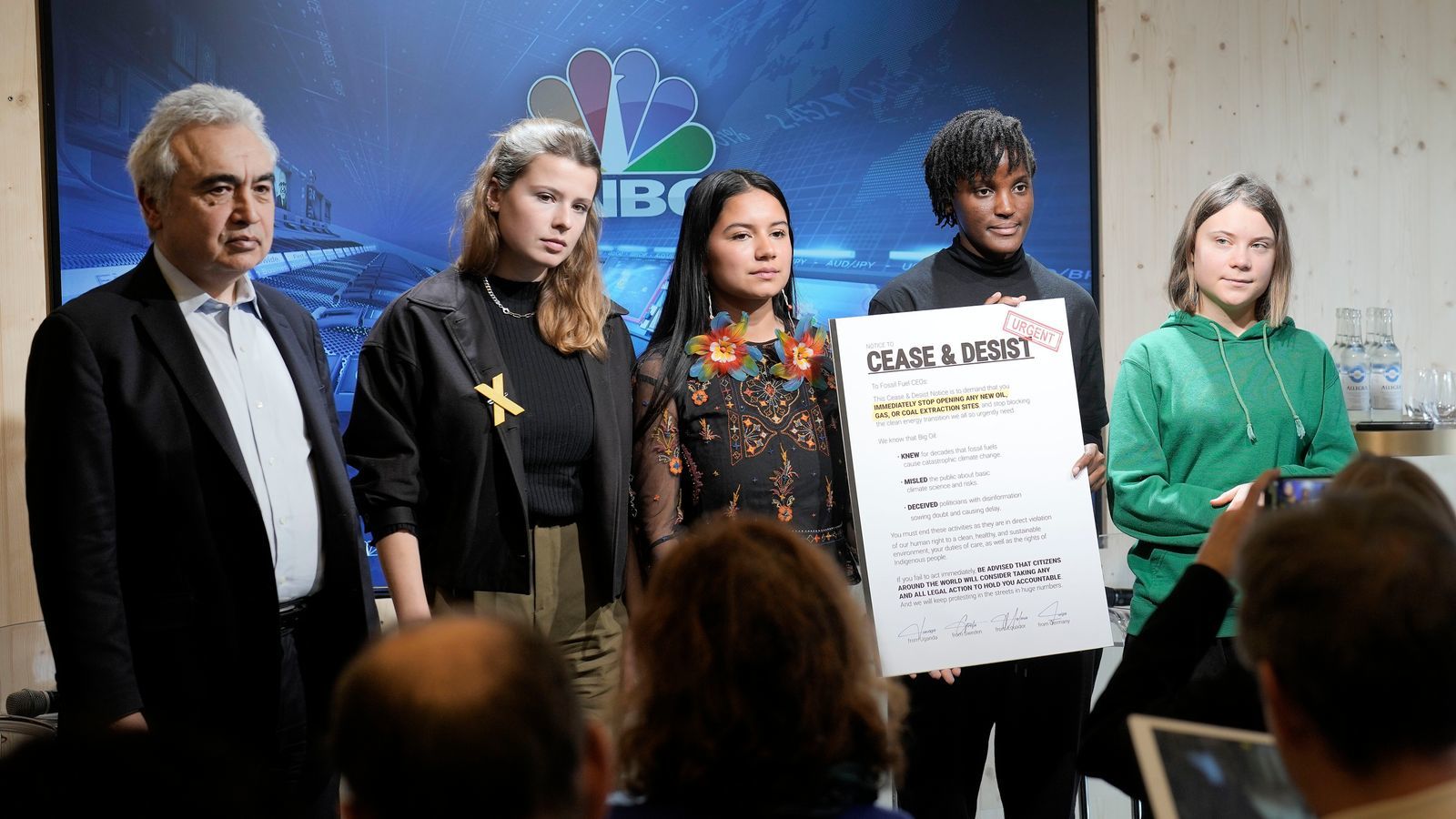 Most of the WEF attendees had already left the summit by the time of Friday's march, but Ms Thunberg and others met the previous day with Mr Birol, whose institution has said if the world is to reach net zero greenhouse gas emissions it must refrain from any new oil and gas exploration projects.

The forum's annual winter meetings - the first to take place since 2020 - were dominated by discussion about the global economy and by Ukraine.

While climate discussions remained prominent, they were less prominent than at that last meeting.

'It's either now or never'

Roberta Metsola, president of the European Parliament, argued it was now incumbent on her fellow politicians to address the challenge.

She told Sky News: "We are the last generation of politicians that can address this.

The four-day conference came to an end on Friday.

While it was less well-attended than in previous years, it nonetheless drew in political leaders from around the world.

A notable exception was the UK, which did not send either its prime minister or chancellor for the first time in nearly two decades.