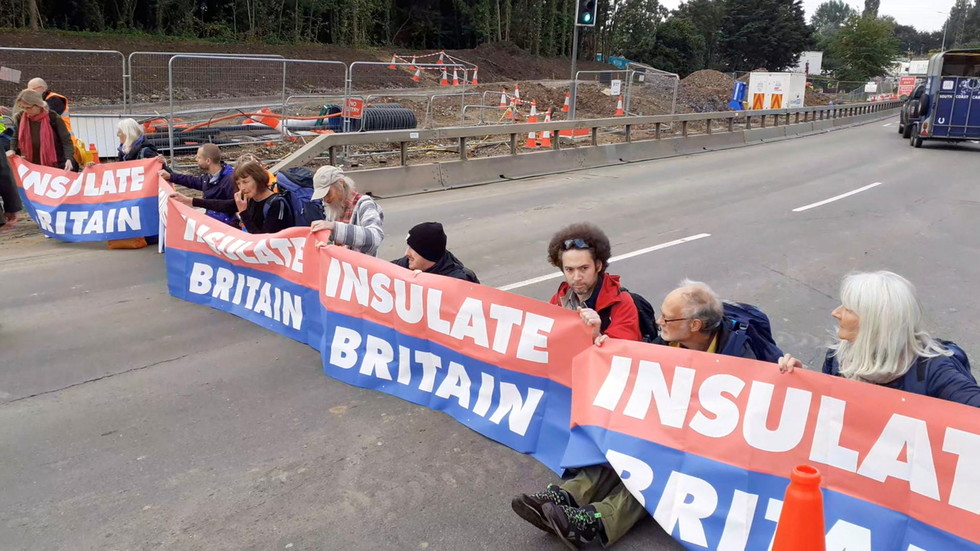 Environmental activists have blocked parts of the busy M25 motorway for the second time in three days, once again causing frustration among drivers and members of the British public stuck on the London orbital.

On Wednesday, nearly 90 protesters from Insulate Britain blockaded the M25 motorway for the second time since Monday, returning with the same demands from the government to improve housing insulation, deemed to be an integral element in battling climate change.

Footage from Junction 23 at South Mimms purported to show the protesters standing among the traffic. The mob, clad in high-visibility jackets, were hit with screamed demands that they find “something better to do” with their lives, from drivers worried about losing their jobs as a result of the holdups.

Images on Twitter showed some of the protesters standing, with others sitting, in front of cars at a traffic light with banners bearing the group’s logo. Another image depicted gridlocked lanes near the A3 junction.

The continuation of the protests infuriated some people caught in the thick of the standstill, who vented their frustrations online.

Surrey police said that they had arrested 32 people and all protesters had been removed from Junctions 8 and 10. The demonstrations also struck the nearby county of Kent, with law enforcement there saying that officers were currently at two protests, where some activists had reportedly glued their hands to the road.

Another notorious climate group, Extinction Rebellion, staged a two-week demonstration in London from August to early September demanding climate action and greater transparency regarding the government’s investments in fossil fuels. Over 500 arrests were made during the period.