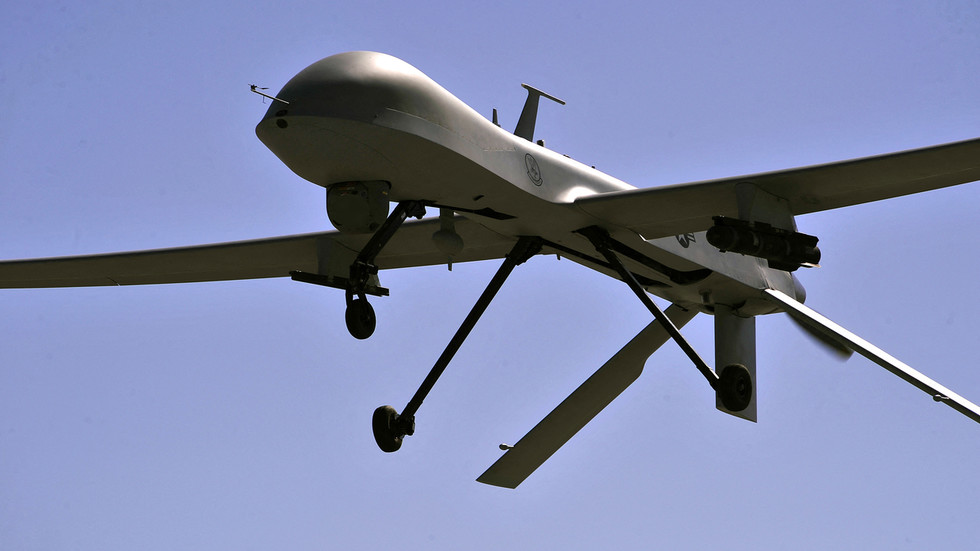 The Taliban has strongly condemned a US drone strike in retaliation for the Kabul airport suicide bombing, calling it a “clear attack” on Afghan soil. The US claimed an ISIS-K “planner” behind the blast was killed in the strike.
The US carried out the drone strike early Saturday, targeting a hideout said to be used by Islamic State Khorasan Province (ISIS-K), a regional offshoot of Islamic State (IS, formerly ISIS). The strike was conducted in the eastern Afghan province of Nangarhar.

The Taliban, which has recently seized control of most of Afghanistan’s territory and the capital city of Kabul, has strongly condemned the US strike. The drone attack constituted a “clear attack on Afghan territory,” the group’s spokesman Zabihullah Mujahid said on Saturday.

According to the latest information provided by Pentagon spokesman John Kirby, two “high profile” terrorists, described as the “planner” and the “facilitator” of the deadly Kabul airport attack were killed in the strike. Another terrorist was left injured by the attack.

The major suicide blast, claimed by ISIS-K, rocked the Kabul airport on Thursday. The explosion killed at least 170 Afghans, including 28 Taliban militants. Thirteen US servicemen and two British nationals were also killed. Hundreds more were injured.