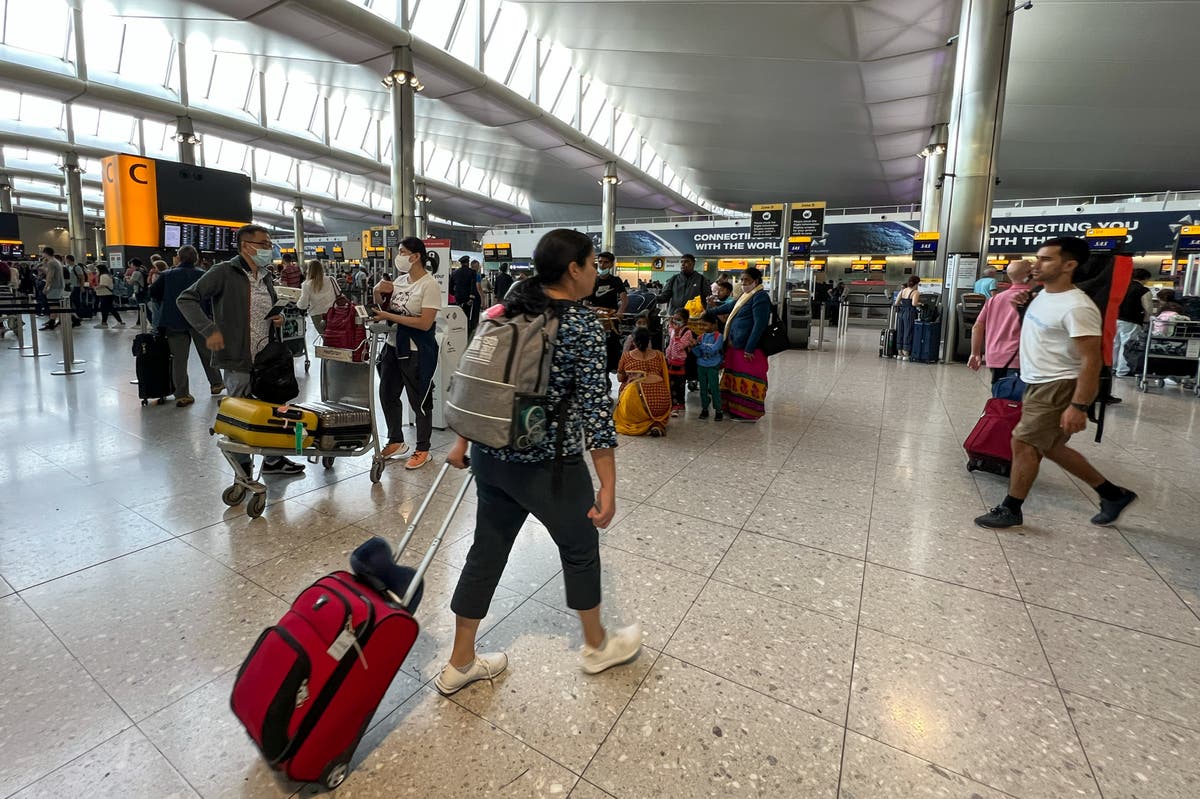 The Christmas travel plans of millions in London and across the UK have been thrown into fresh disarray as airport workers joined railway staff in announcing strikes over the festive season.

The Public and Commercial Services union (PCS) dealt the UK’s latest festive travel hammerblow, announcing on Wednesday that Border Force staff working at some of the UK’s largest airports would walk out for eight days from December 23 to New Year’s Eve.

The union has already announced strikes at the Department for Work and Pensions, National Highways and among driving examiners. They are calling for a 10 per cent pay rise and better job security, claiming that 40,000 of its members were having to use food banks.

Britain was already facing a deepening “winter of discontent” with industrial action set to take place across the public sector. Nurses, ambulance workers, teachers and Post Office staff will also strike in the coming weeks.

The latest strikes announcement came as the Rail, Maritime and Transport union (RMT) said that a resolution in a long-running dispute with train companies was “further away”, claiming that a last-minute intervention from the Government had stymied progress in negotiations. The union accused ministers of “blocking” the Rail Delivery Group’s attempt to make and improved and revised offer.

Meanwhile, the RAC said it is “almost inevitable” there will be more traffic on Christmas Eve as travellers unable to use trains instead take to the roads.

Spokesman Rod Dennis said: “People who normally depend on getting away by train on Christmas Eve will suffer the most thanks to the latest strikes announced. Unless they have easy access to another form of transport, their Christmas plans will be well and truly scuppered.

Gatwick Airport said there will be additional staff around on strike days “to help with passenger welfare”, while Heathrow said it would put “mitigation plans” in place on affected days.

Manchester Airport warned that some flights would be cancelled. 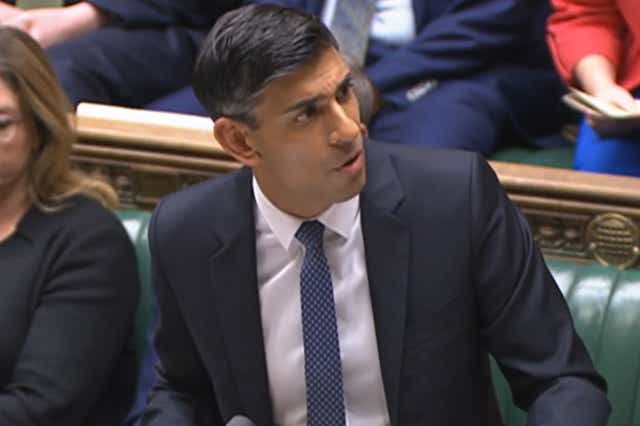 Prime Minister Rishi Sunak on Wednesday pledged “tough” new laws to limit the impact of strike action
The Business Travel Association said the “entire travel support system will once more be plunged into dealing with cancellations and disruptions”.

A spokesperson said: “Further strike action puts British workers’ Christmases at risk. Hard workers up and down the country will be stranded, struggling to get home.

“We urge the Government and unions to come together to ensure there aren’t unnecessary empty chairs at this year’s Christmas table.”

Minister for Immigration Robert Jenrick said of the Border Force strikes: “The union’s decision to strike over the festive period is unjustifiable and will ruin the plans of thousands of families and businesses across the country.

“While we are working closely with all UK ports and airports and have robust plans in place to minimise any delays if strike action goes ahead, passengers should be prepared for their plans to be severely disrupted.”

Earlier on Wednesday, Prime Minister Rishi Sunak pledged “tough” new laws to limit the impact of strike action, setting up a conflict with unions that looks likely to last into the New Year.

Mr Sunak told the BBC it was “simply not true” that ministers had not engaged with unions on pay, claiming it was his responsibility to “make sure that everyone can be kept safe” and minimise disruption over the festive period.

Downing Street indicated that the measures could include widening long-delayed legislation to ensure minimum levels of service during strike action on transport, to other public services.

The Prime Minister's official spokesman declined to provide a timeline or any details on the legislation, saying only they were to be brought in "as swiftly as possible".

The new legislation Mr Sunak appeared to be referring to, the Minimum Service Levels Bill, is currently stalled in Parliament and MPs have not begun debating it. The PM has faced increasing pressure from his MPs to speed up the delivery of the legislation.

But Sharon Graham, general secretary of the Unite union, warned Mr Sunak the union was “ready industrially and financially" to challenge any new measures.

“No-one will be fooled by this attempt to divert attention away from the sheer incompetence of this Government,” she said.

“For Unite, this is very clear. We will not be intimidated by anti-trade union attacks. If they put more hurdles in our way, then we will jump over them.”