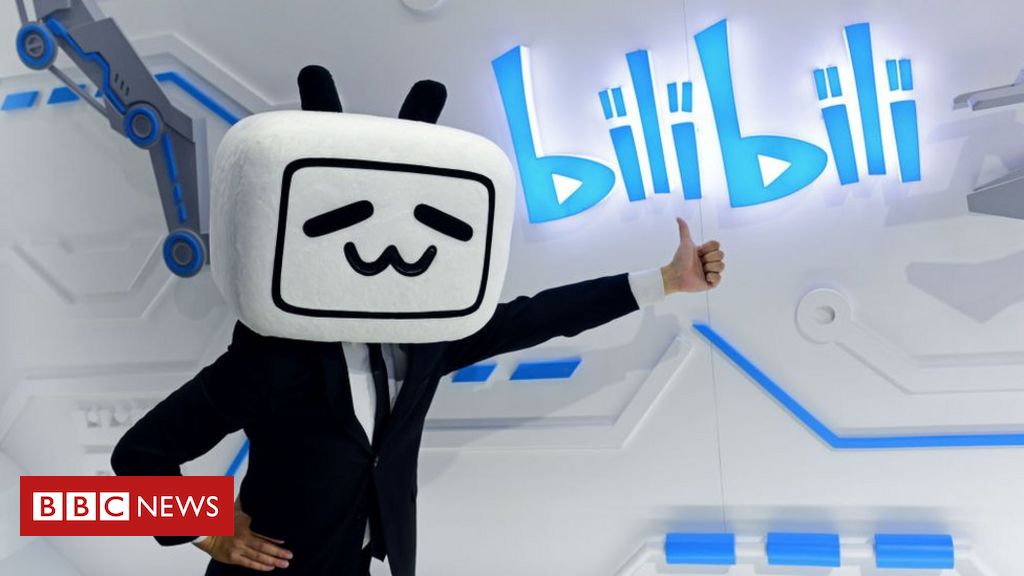 Shares of Chinese video platform Bilibili have slumped at their launch on the Hong Kong stock exchange.

Bilibili is similar to YouTube, but the company hopes to increase revenues through Netflix-style subscriptions.

The listing is the latest in a large number of "homecomings" for US-listed Chinese companies.

The Chinese firms have sought out secondary listings in Hong Kong due to increased scrutiny from US regulators, which began under President Donald Trump.

In part, the listings are insurance against being kicked off US exchanges, a process which has already started for three Chinese telecommunications companies.

"Homecoming" listings have not always generated the same level of excitement from investors as some other tech listings.

After pricing shares at $104 each last week, Bilibili raised $2.6bn, which was short of the $3bn it had anticipated.

The company's launch is the weakest major share market offering in Hong Kong since Yum China Holdings shares shed 6.3% on debut in September last year, according to Refinitiv data.

Currently, Bilibili is a loss-making company, although its prospectus says its revenues have nearly tripled since 2018.

According to the prospectus, the video platform had 202 million monthly average users in the last quarter of 2020, an increase of 55% over the same quarter in 2019.

That's less than a third of rival video platform Kuaishou, which surged nearly a 190% at its share market launch last month before paring back some of those gains.

However, the company hopes to follow in the footsteps of Netflix, and turn a profit by offering premium content to subscribers.

Already, the company has 14.5 million subscribers, and has plans to convince more of its users to pay for content.