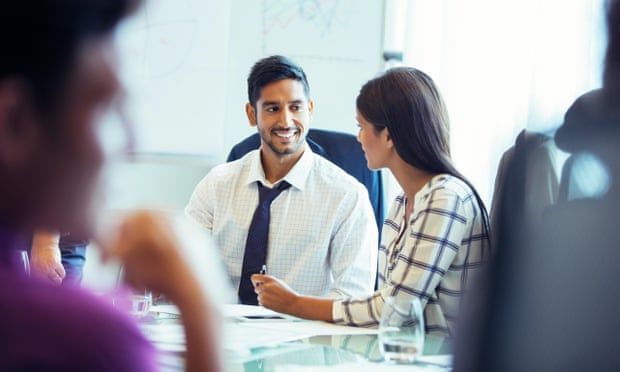 Children of immigrants ‘held back by employer discrimination’ in UK

People of that background whose parents emigrated to Britain were far more likely to get a university degree than their white British peers, but they faced much higher unemployment rates overall. However, the report also showed that once in employment, they tended to be more upwardly mobile and were more likely to be in professional or managerial jobs.

“The experiences of people from ethnic minorities who have grown up in the UK are different and complex. We should celebrate their remarkable success in education, but ask hard questions about why this does not translate into equal success in the world of work,” said Lucinda Platt, a professor at the London School of Economics and an author of the report.

Platt said the performance of second-generation African, Caribbean and Asian people in education and careers far outstripped that of their peers in other European countries. However, she urged policymakers to do more research into the reasons for their higher unemployment rates.

“It’s clearly not just about getting more qualifications, which is often seen as a panacea. Qualifications are necessary but not sufficient for upward mobility,” she said.

Although all the ethnic groups examined were more likely to go to university and be unemployed than white people, there were some striking disparities between groups, such as for Pakistani and Bangladeshi women, who were 5 percentage points less likely than white people to be in professional or managerial jobs.

Platt said this could be partly due to discrimination, but also about the type of jobs they apply for, the need for social networks to gain a foothold in certain careers as well as the availability of suitable roles in the areas in which they live.

The report warned that although second-generation ethnic minority groups from disadvantaged origins were more upwardly mobile than their white British counterparts, “they are less upwardly mobile than one would expect given their very high levels of educational attainment”.

Even though they were more likely to come from disadvantaged backgrounds, more than 50% of second-generation Indians, 35% of second-generation Pakistanis and Bangladeshis held university degrees, compared with 26% of white people. Young black and Asian people were less likely to be held back in education by their socioeconomic circumstances, thanks to higher levels of commitment and motivation, the authors observed.

However, all the black and Asian groups in the study were less likely to be in general employment, and gaps persisted after education levels and family backgrounds are factored in, although they were somewhat reduced.