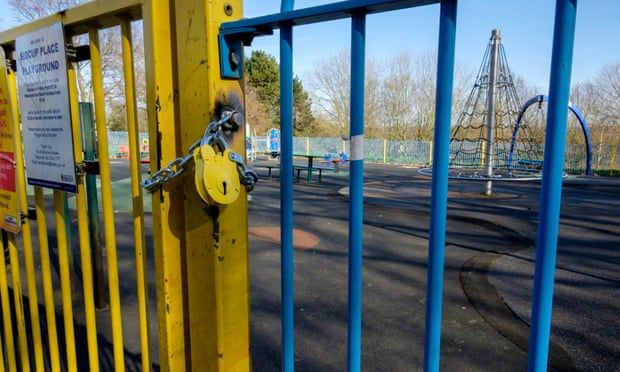 Thousands of children are facing “serious” and even “devastating” consequences as a result of weight gain during the pandemic, experts warn, as “alarming” figures reveal one in four 10- and 11-year-olds in England are obese.

Health leaders are calling for a “relentless drive” to boost child health as official NHS data lays bare for the first time how child obesity levels have soared during lockdowns.

The National Childhood Measurement Programme, which measures obesity prevalence among school-age pupils in reception class and year 6, found obesity levels rocketed in both year groups by more than 4 percentage points between 2019-20 and 2020-21.

Officials said the “significant” single-year increase in prevalence was the highest rise since the programme began 15 years ago.

The figures show that almost one in seven children are already obese when they begin primary school in England. Among reception-aged children, those aged four and five, the rates of obesity rose from 9.9% in 2019-20 to 14.4% in 2020-21.

Dr Max Davie, officer for health improvement at the Royal College of Paediatrics and Child Health, said lockdowns “may have been a key factor” in the rise in obesity rates. “This sharp increase in obesity levels across childhood is alarming,” he said.

Caroline Cerny, from the Obesity Health Alliance, said the figures highlighted “the need for a relentless drive on improving children’s health”.

“There are several aspects of the pandemic that are likely to have contributed to this increase in child obesity levels,” she said. “But it is very clear from data showing increases in sales of confectionery, biscuits and fast food that junk food companies used the opportunity to keep their unhealthy products centre stage in children’s minds. We need to break the junk food cycle to improve children’s health.”

Boys had a higher prevalence of obesity than girls for both age groups, according to the figures. The proportion of children who were a healthy weight dropped between 2019-20 and 2020-21.

Overall, the proportion either overweight or obese was 27.7% in reception and 40.9% in year 6. It means four in 10 children leaving primary school are at increased risk of serious health conditions.

Nikki Joule, the policy manager at Diabetes UK, warned of potentially devastating consequences as a result of weight gain during the pandemic.

“This new data, which shows that two-fifths of children aged 10-11 in England are living with overweight and obesity is hugely concerning, and it underlines why urgent action is needed to improve children’s health,” she said. “Living with obesity significantly increases your risk of type 2 diabetes, a condition which is known to have more severe and acute consequences in children and young people.”

Children living in poorer areas are twice as likely to be obese than those living in wealthier neighbourhoods, the figures also revealed.

“We need an intense focus on closing the gap between the most and least deprived to ensure every single child has an equal chance to grow up healthy,” Cerny said.

The NHS has launched a pilot scheme in which 15 new specialist clinics will care for severely obese children and their families.

Tam Fry, the chairman of the National Obesity Forum, said the figures would “likely end any hope” that the government would succeed in its mission to halve childhood obesity in England by 2030.

“The figures are staggering and even worse than the forum feared,” he said. “For two years we have had reports of children increasingly being kept at home because of Covid restrictions, endlessly snacking on junk food on top of the amount they regularly eat at meal times, and prevented from being able to play with friends to burn off excess calories.”

Fry said he feared the 15 child obesity clinics were “very sadly likely to be insufficient” in scale to “cope with the numbers who now will need help”.