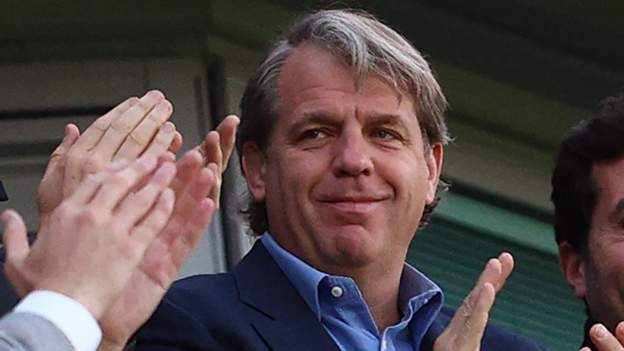 Chelsea sale to be completed on Monday

The Chelsea sale is expected to be completed on Monday after a "final and definitive agreement" was reached with the consortium led by Todd Boehly. 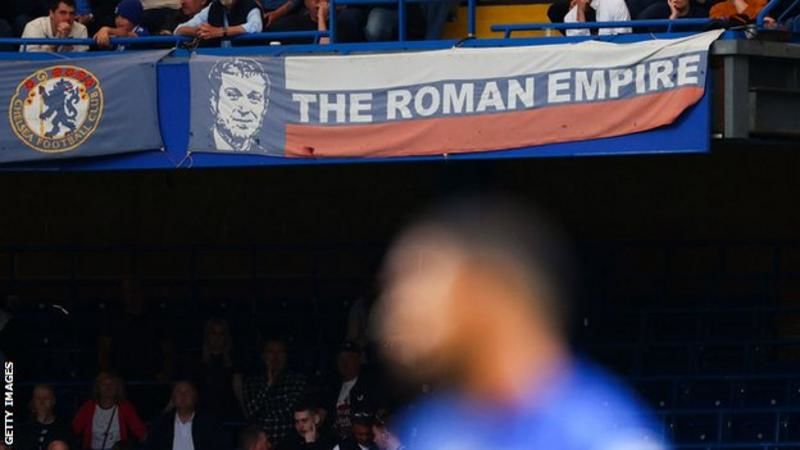 The Premier League and UK government have approved the £4.25bn takeover.

Chelsea were put up for sale in March before owner Roman Abramovich was sanctioned over his links to Russian president Vladimir Putin.

The club have been operating under a special government licence which expires on 31 May.

"Chelsea Football Club can confirm that a final and definitive agreement was entered into last night to sell the club to the Todd Boehly/Clearlake Capital consortium," Chelsea said in a statement on Saturday.

Abramovich, who bought Chelsea in 2003, said he was "pleased this search has now come to a successful conclusion".

He added: "As I hand over Chelsea to its new custodians, I would like to wish them the best of success, both on and off the pitch.

"It has been an honour of a lifetime to be a part of this club - I would like to thank all the club's past and current players, staff, and of course fans for these incredible years."

Although the consortium is led by Boehly, Californian private equity firm Clearlake Capital would own a majority of the shares.

Other investors include US billionaire Mark Walter, a co-owner of the LA Dodgers with Boehly, and Swiss billionaire Hansjorg Wyss.

It is understood the new owners have "big ambitions" in the transfer market as they seek to close the gap on Manchester City and Liverpool at the top of the Premier League.

On Tuesday the Premier League said the consortium had passed its owners' and directors' test.

On Wednesday the UK government said it had "reached a position where we could issue a licence that permits the sale of Chelsea".

The Chelsea Supporters' Trust said: "The CST has been very encouraged by the interactions we have had with Mr Boehly and his team over recent months, but the hard work starts now.

"It is now time to deliver both on and off the pitch in building a successful, inclusive and forward-thinking club with supporters at the forefront."

Several parties expressed an interest, but Chelsea agreed to sell to the Boehly-led consortium this month.

The government does not want Abramovich to receive any of the proceeds from the sale, which will instead go into a frozen bank account to be donated to charity.

The government says it is now "satisfied that the full proceeds of the sale will not benefit Roman Abramovich or any other sanctioned individual" and the proceeds will be used for "humanitarian causes in Ukraine, supporting victims of the war".

Chelsea finished third in the Premier League, lost the Carabao Cup and FA Cup finals to Liverpool on penalties and reached the Champions League quarter-finals.

End of an era

In August 2021 they won the Uefa Super Cup and in February their first Club World Cup.

Abramovich has appointed 13 managers and the club have spent more than £2bn in the transfer market under his ownership.

"The ownership of this club comes with great responsibility," said Abramovich.

"Since I came to Chelsea nearly 20 years ago, I have witnessed first hand what this club can achieve.

"My goal has been to ensure that the next owner has a mindset that will enable success for the men's and women's team, as well as the will and drive to continue developing other key aspects of the club, such as the academy and the vital work of Chelsea Foundation."

2 March: Abramovich says he plans to sell the club

5 May: Abramovich denies he has requested a £1.5bn loan he made to Chelsea is repaid

16 May: Government insider says the deal is close to collapse