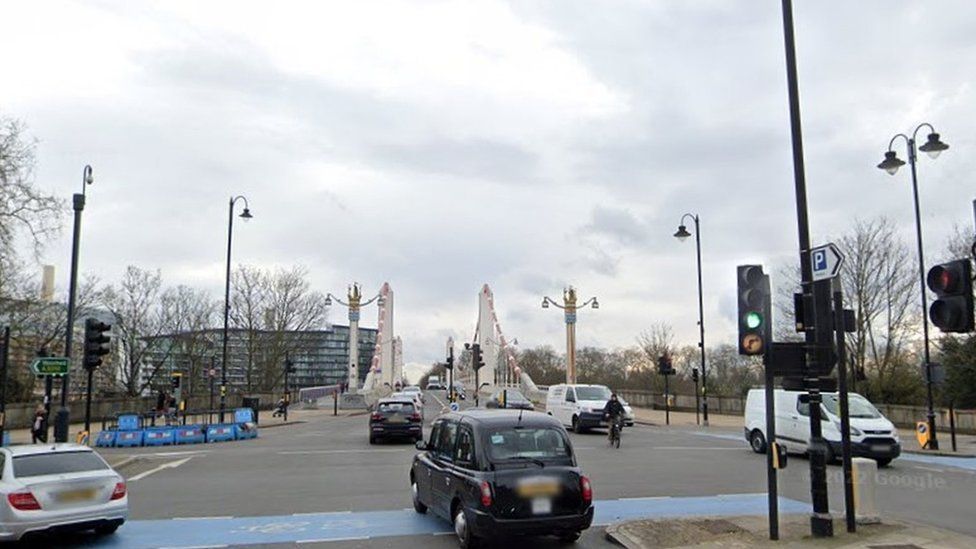 Chelsea Bridge: Man rescued from Thames after being Tasered dies

A man who was rescued from the River Thames after police used a Taser to try to restrain him has died.

The Met Police said it was called at 09:03 BST on Saturday to reports of a man shouting on Chelsea Bridge Road armed with a screwdriver.

He was rescued from the water but died in hospital that night, The Independent Office for Police Conduct (IOPC) said.

It is investigating the contact the Met Police had with the man who was in his early 40s.

Steve Noonan, IOPC director, said: "We have spoken to the man's family to express our sincere condolences and explain our involvement.

"Our sympathies remain with them at this terrible time.

"Our independent investigation is under way into the police actions at the bridge and we have begun gathering and reviewing evidence."

The Met said officers "challenged a man on Chelsea Bridge".

"A Taser was discharged but this did not enable the officers to safely detain him," the force said.

"The man, who is believed to be aged in his 40s, subsequently entered the river."

Commander Alexis Boon said: "My thoughts are with the family of the man at this very difficult time.

"I offer my sincere condolences to them for their tragic loss.

"Officers go to work every day to keep the public safe, and so any incident in which a person comes to harm following contact with police is understandably concerning."