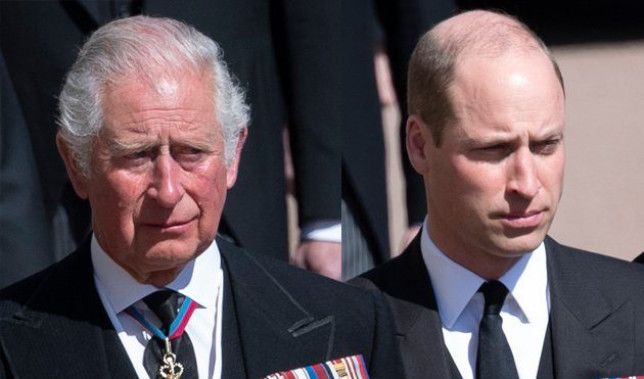 Prince William and Prince Charles want to get ‘back to business’ and leave Prince Harry and Meghan Markle to ‘sort things out on their own’, a royal expert has claimed.

According to the Mirror’s royal editor Russell Myers, William, 38, and Charles, 72, are hoping to ‘draw a line’ under the Duke and Duchess of Sussex who have been a ‘distraction for the family’.

‘The rest of the Royal Family are very, very united in trying to get back to business,’ he told Talk Radio.

‘We have hardly seen them. They have popped up on Zoom calls here and there.

‘But no one has done the real business of monarchy, which is getting out, being among the people and shining a light on different charities, and travelling the world and the Commonwealth.

He continued: ‘It’s part of getting Britain back on its feet. As far as Harry and Meghan are concerned, I think they will be left to try and sort things out on their own.’

Myers claims it remains to be seen whether the Sussexes will be ‘brought back in’ to the fold as there is ‘quite a lot of dissatisfaction in the camp’.

‘I’m sure that Harry was a bit sheepish seeing the rest of his family at Prince Philip’s funeral,’ he continued.

‘It was the first time he has spoken to many of them since that Oprah Winfrey interview where he accused them of all manner of things.

‘He went back to America with his tail between his legs and who knows what will happen in the future.’ 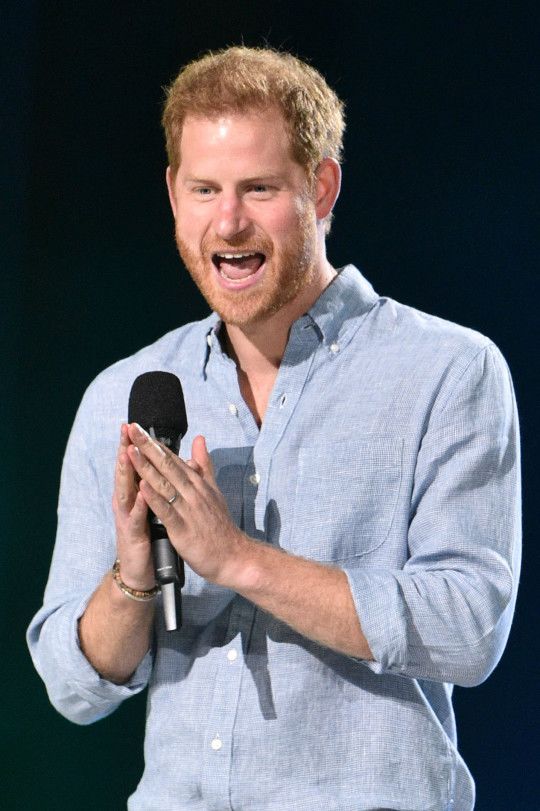 Harry didn’t appear to have his tail between his legs as he made his first public appearance since the funeral at a star-studded charity event in Los Angeles.

The duke received a standing ovation for his speech saluting frontline health workers at the Vax Live concert, joining the likes of Jennifer Lopez and Selena Gomez on stage.

In his interview with Oprah, Harry claimed his brother and dad are ‘trapped’ in the Royal Family, adding that a ‘lack of support and understanding’ had led to his decision to leave. 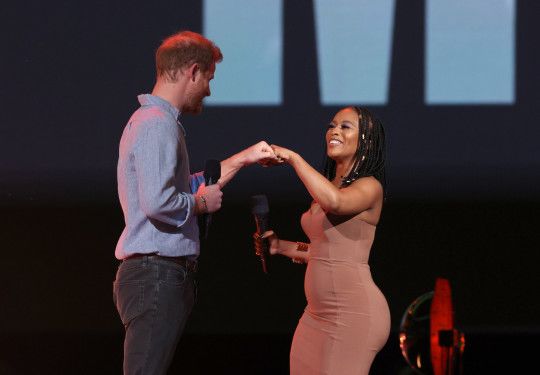 ’I love William to bits,’ Harry said. ‘He’s my brother. We’ve been through hell together. We have a shared experience, but we were on different paths.’

Meghan, who is heavily pregnant and did not appear on stage with Harry last night, told Oprah she had suicidal thoughts after moving to England, telling the chat show host: ‘I just didn’t want to be alive anymore.’

She also alleged an unnamed member of the Royal Family raised ‘concerns and conversations’ about how dark her son Archie’s skin might be before he was born.

At the time, Buckingham Palace said the whole family was ‘saddened’ by the ‘serious allegations’ which they said would ‘be addressed by the family privately’.