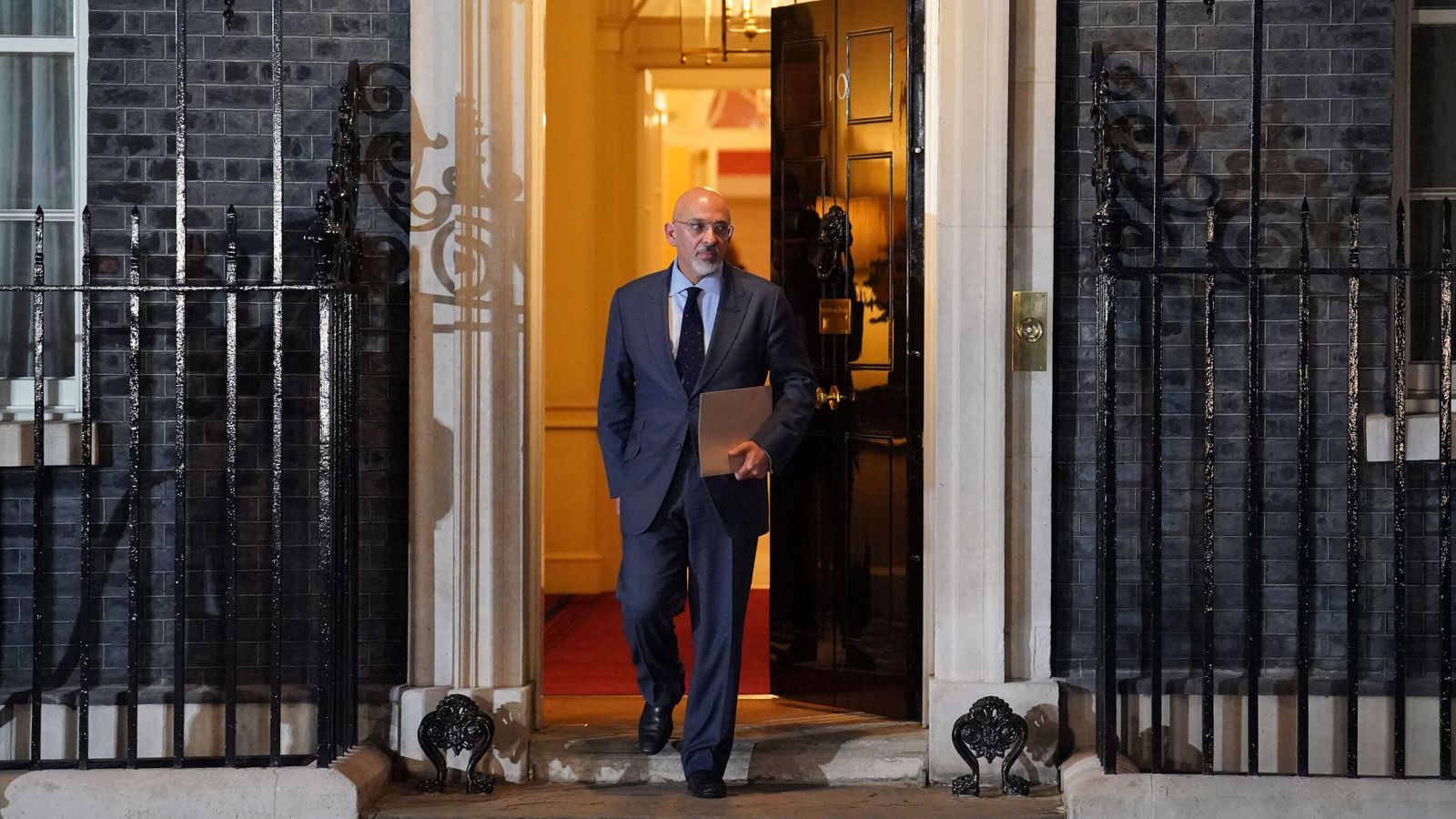 When asked about his tax plans, Mr Zahawi said he would "look at everything" and hinted that a planned hike in corporation tax could be axed.

Chancellor Nadhim Zahawi has said there is "nothing off the table" on tax cuts as he called for caution on public sector pay rises.

Speaking to Sky News on his first full day in the role, he said he would "look at everything" when pressed about his tax plans.

"The most important thing is to rebuild the economy post-pandemic and to get growth going again, and tax cuts," he told Kay Burley.

"We're delivering the first tax cut in a decade today. I'm determined to do more."

On the subject of corporation tax, he said he wants to make sure the UK is "as competitive as we can be whilst maintaining fiscal discipline".

"There's nothing off the table," he said.

"I want to be one of the most competitive countries in the world for investment.

"I know that boards around the world, when they make investment decisions, they're long-term, and the one tax they can compare globally is corporation tax."

The government previously said the current corporation tax rate of 19% would be increased to 25% for large companies next April.

Mr Zahawi also indicated that he had concerns about increasing public sector pay across the board in his role as chancellor.

"The important thing is to get inflation under control, be fiscally responsible," he told Sky News.

"The first thing we've got to do is make sure that we are really careful about, whether it's public sector pay, that inflation doesn't continue to be fuelled."

While he was education secretary, Mr Zahawi had called for teachers to get pay rises to avoid strike action, and he said he would follow through on his proposed 9% uplift for those starting this year.

Asked about pay rises for other public sector workers, he said: "I will obviously look at the recommendations from the pay review bodies across the board."
Mr Zahawi's

comments indicated how he might tackle economic policies after he was appointed to replace Rishi Sunak, who resigned on Tuesday.

Mr Sunak said that while preparing a joint speech on the economy with Prime Minister Boris Johnson, it became clear "our approaches are fundamentally too different".

He said a low-tax, high-growth economy and world class public services could not be achieved without "sacrifices" being made and "difficult decisions".