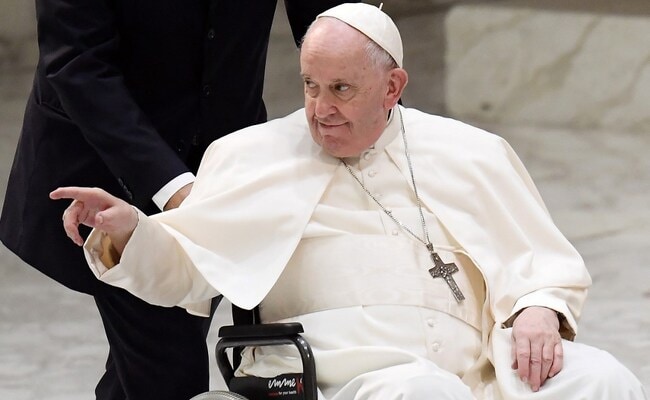 Cardinal Becciu was removed from office and stripped of his cardinal privileges amid a scandal over the Vatican's loss-making purchase of a luxury London property and misuse of Church funds.
A senior cardinal on trial for fraud secretly taped a conversation with Pope Francis where he asked the pontiff to confirm he had approved some secret financial transactions, it emerged Friday.

The existence of the recording, made in July 2021, just days before the trial of Cardinal Angelo Becciu began, emerged at a hearing on Thursday and a transcript was later published by Italian media.

Cardinal Becciu, once a close advisor to Pope Francis, was removed from office and stripped of his cardinal privileges in September 2020 amid a scandal over the Vatican's loss-making purchase of a luxury London property and misuse of Church funds.

Among the defendants is a woman Angelo Becciu hired as a security consultant, Cecilia Marogna, accused of misspending 575,000 euros ($667,000) she received from the Vatican, allegedly earmarked for freeing captive priests and nuns abroad.

In the call with the pope on July 24, 2021 -- 10 days after Francis left hospital following colon surgery -- the cardinal asked the pontiff to confirm that he had approved a plan to release funds to free a Colombian nun held in Mali.

"Did you or not give me the authorisation to start the operations to free the nun?" Angelo Becciu asks in the call, according to the transcript published by Italian media.

"For the ransom we had fixed 500,000, we said no more because it seemed immoral to give more money... that would go into the pockets of the terrorists... I think I had informed you about all this... do you remember?"

According to the transcript, the pope said he "vaguely" remembered but asked Angelo Becciu to put his request in writing.

The call was recorded in Cardinal Becciu's apartment by one of his relatives, on a speakerphone, the court heard.

The nun, who had been taken hostage in 2017 by al-Qaeda-linked jihadists, was freed in Mali in October 2021.
#Pope Francis
Add Comment