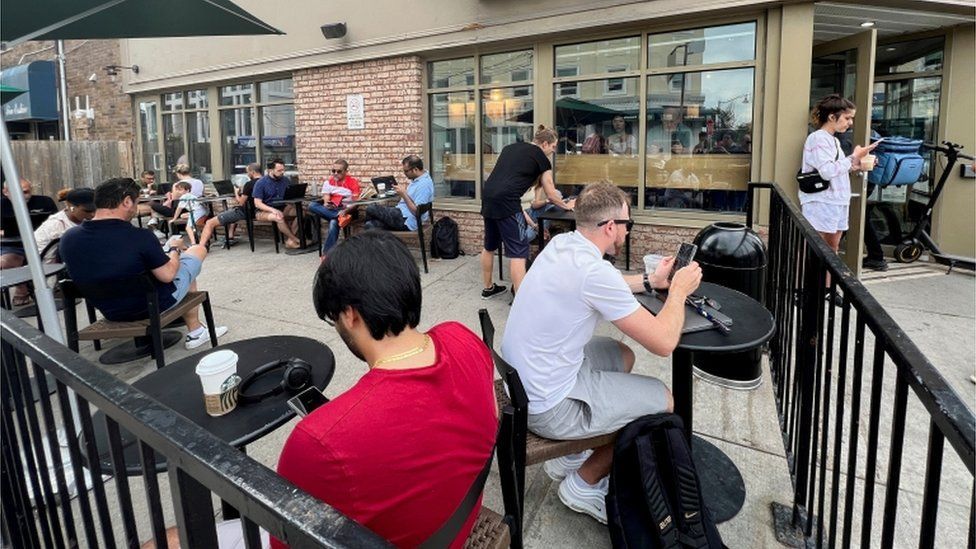 Canada's largest mobile and internet provider has suffered a major outage, with bank ATMs and emergency service hotlines affected.
Government operations have also been hit by the Rogers Communications issue. The company says it is working rapidly to resolve the nationwide problem.

"We know how important it is for our customers to stay connected," the company said in a statement.

It is not known what caused the outage, which is the second one in 15 months.

It began at around 04:30 ET (08:30 GMT). Internet traffic had dropped to around 75% of its normal level by Friday morning, according to NetBlocks, an internet watchdog organisation.

Rogers is the mobile carrier of nearly 11 million Canadians, with a stake in everything from hockey to cable television.

Toronto's police department tweeted that some mobile phone users were having trouble calling the emergency services, despite it remaining "fully operational".

"If the call connects please stay on the call as long as possible," the force wrote, adding that people who cannot connect should call back.

Police in Ottawa tweeted: "If your call fails, please try again, or call from a landline or cellphone with another provider.″

On-call medical employees for the Scarborough Health Network, which operates hospitals in Toronto, have been asked to come into work until the issue is resolved.

In the Quebec province, a Montreal court delayed a trial hearing for disgraced fashion mogul Peter Nygard after jail officials were unable to connect him to a videoconference system.

In urban areas, people have flocked to cafes and places with functioning Wi-Fi.

"There's tonnes of people here with their laptops just working away ferociously, the same as they would at home, because they've got no service at home," one Starbucks customer in Toronto told Reuters.

On Friday afternoon, the vice-president of Rogers told CBC that the company was still working to identify the "root cause" of the issue.

"As of now, we don't have an ETA of when the problem will be fixed," said Kye Prigg.

This is the second major outage to affect Rogers in just over a year. Last April, customers reported intermittent disruptions while trying to access data or place voice calls.
Add Comment