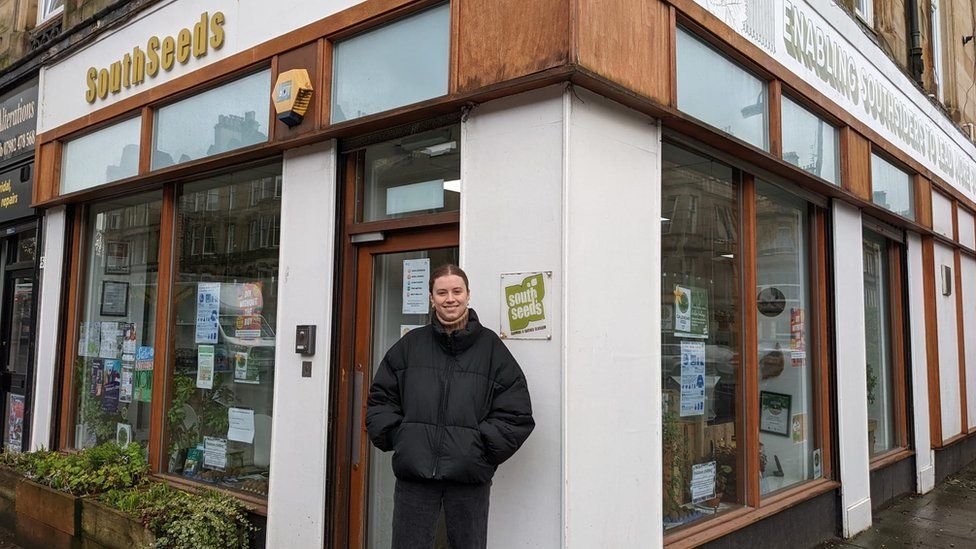 Can a community energy group help cut your bills?

In the Southside district of Glasgow, there's a shop on the High Street that isn't trying to sell you anything. If you pop in, you might come out with more money in your pocket.

Inside the former wallpaper merchants, people take up pre-booked, 60-minute appointments in order to find ways to reduce their energy bills.

The service is run by a community group called South Seeds, and Poppy Ives is one of the energy officers offering locals advice. She talks to residents through a wood-framed Perspex screen. Built by a local handyman, this has allowed them to stay open through most of the Covid-19 pandemic.

Ms Ives says that since November the service has helped locals save a potential £35,000 - via a government emergency vouchers scheme, hardship grants from energy companies like British Gas, EDF Energy and SSE, and goodwill payments following complaints to suppliers - money, she says, wouldn't have come through without some expert in-person support.

The team also offer personalised advice and tips for residents through home visits. Because there are so many types of properties, advice is "very dependent on each home", she says, but simple steps make a difference, "like draft-proofing, closing the curtains, or turning the thermostat down". 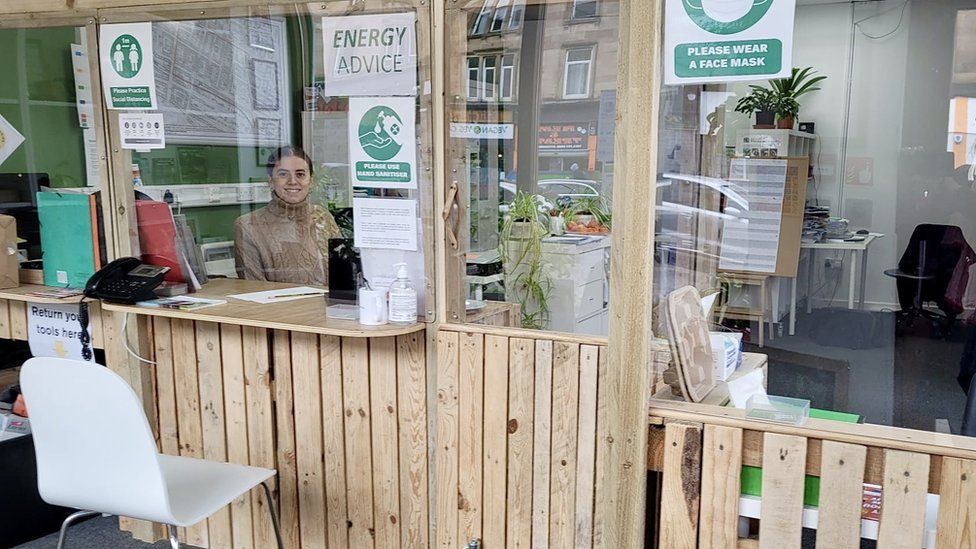 Since November South Seeds has helped locals save a potential £35,000

South Seeds is not alone. Community energy groups have sprung up all over the country in a bid to help people cope with rising fuel poverty across the UK.

When energy regulator Ofgem lifts its price cap on energy bills in April, about 18 million households will see a steep increase in their bills. A coalition of charities, including Age UK and Save the Children, have warned this will leave an estimated six million people in Britain struggling to pay to heat their homes.

A number of community energy groups run one-to-one appointments, workshops and home visits, thanks to local authority and charity funding. The aim is to help consumers find out which grants and schemes they are eligible for, as well as reviewing their supplier deals and energy efficiency at home.

At the workshop, held in the old Customs House, a building that was once the hub of the local shipping industry, he meets a woman called Sarah who has four children. At the end of a short conversation, he discovers she could save £100-200 per year just by switching from a prepayment meter to direct debit payments.

Mr Blomeley says he believes that "generic information" about energy prices reported in the news can be misleading, because it doesn't help people account for their individual circumstances. 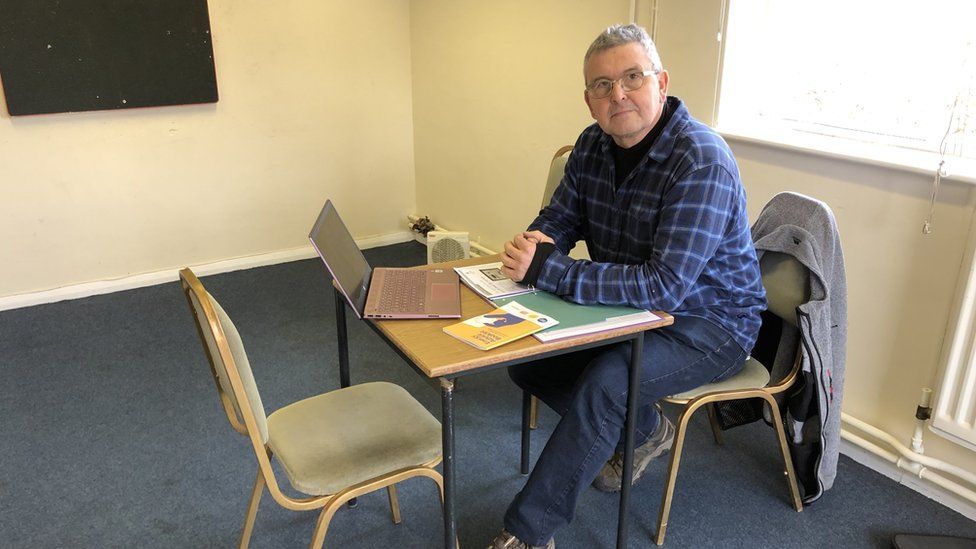 Whilst bills are expected to rise £700 on average in April, this could vary hugely depending on the way you heat your home. Mr Blomeley says that by sitting down with somebody, "we can really begin to understand what the next two years are going to mean for them".

Meanwhile, demand for this kind of bespoke support is surging in the South West too. Clare Mains is the manager of the Energy Team at Plymouth Energy Community, which has been supporting people in the city since 2013.

She explains that "calls have gone up by half" and their caseload has grown by "650 homes in the last month".

Ms Mains says a personal approach is "absolutely essential" in helping people access useful support because while there are a lot of grants, for instance, they have differing eligibility criteria, and you can't access them all in one place.

"The service we provide is a single point of contact that holds this information and can navigate it," she says.

Her primary aim "is to help people have more control over what is a confusing system." 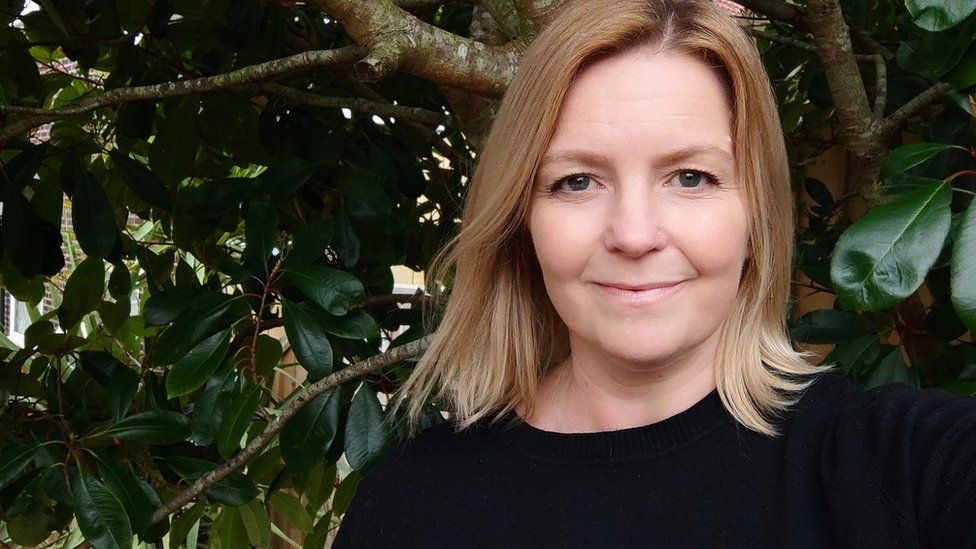 The UK government has responded to soaring energy costs by offering most households a £200 deferral on energy bills and a one-time £150 off council tax, to be applied in autumn.

This is alongside various grants and benefits - including the warm homes discount, winter fuel payment and cold weather payments. There is also a range of grants available to help pay for things such as double-glazing and cavity wall insulation. Certain energy providers offer hardship payments too, but may ask to see a budget of your spending as part of your application.

Asked whether the system is too complex, a government spokesperson said that the autumn support package will be applied automatically, and highlighted the Simple Energy Advice platform, which "provides clear guidance" on what is available.

But the extent to which people are accessing the support they are eligible for is unclear. 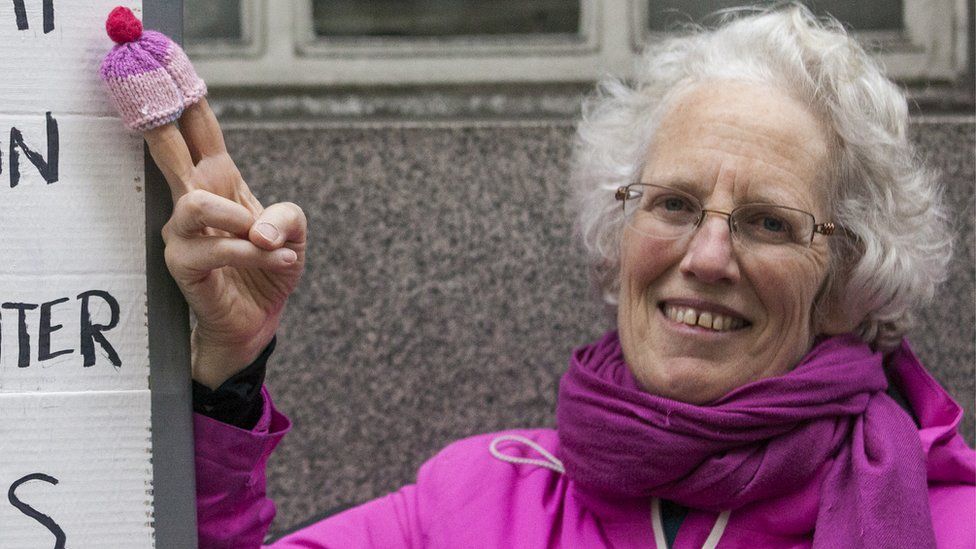 Ruth London is a co-director of Fuel Poverty Action

Fuel Poverty Action is a charity that campaigns for a more direct approach to helping people with their energy bills. Co-director Ruth London is worried, and stresses the seriousness of fuel poverty, when people are using a huge amount of their income just to heat their homes.

"Even before the pandemic, about 10,000 people died every year from cold homes in the UK, and now that's going to be massively expanded.

"For people who are in areas where there is a community energy group and they're able to access it, that probably makes more difference than anything. But not everybody is in that situation."

Coverage across the UK is patchy, but the network is growing. Membership body Community Energy England says that there are now 424 groups across the UK - so it may well be worth seeking out the group nearest to you.

Back in Hythe, Chris Blomeley is giving out his details to friend of somebody who attended his workshop, and is hoping the word will get around: "Our doors are open to everyone who feels like they are in need."