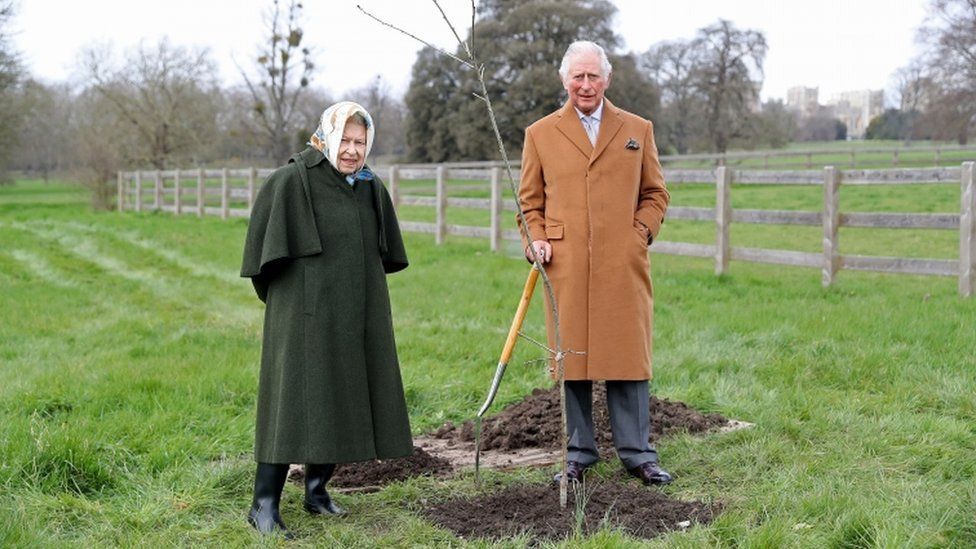 People across the UK are being urged to plant trees in an initiative to mark the Queen's Platinum Jubilee in 2022.

The Queen joined the Prince of Wales as he planted the first Jubilee tree at Windsor Castle earlier this year to launch the scheme honouring the monarch's 70-year reign.

Prince Charles encouraged people to "plant a tree for the jubilee".

"In other words, a 'tree-bilee'", he said in a video message.

Taking part in the scheme, hosted by climate charity Cool Earth, could range from individuals planting trees in their own gardens to the creation of platinum jubilee copses on council land or avenues in cities or housing developments..

Schools and community groups will be able to apply for a share of three million free saplings from the Woodland Trust as part of the project. 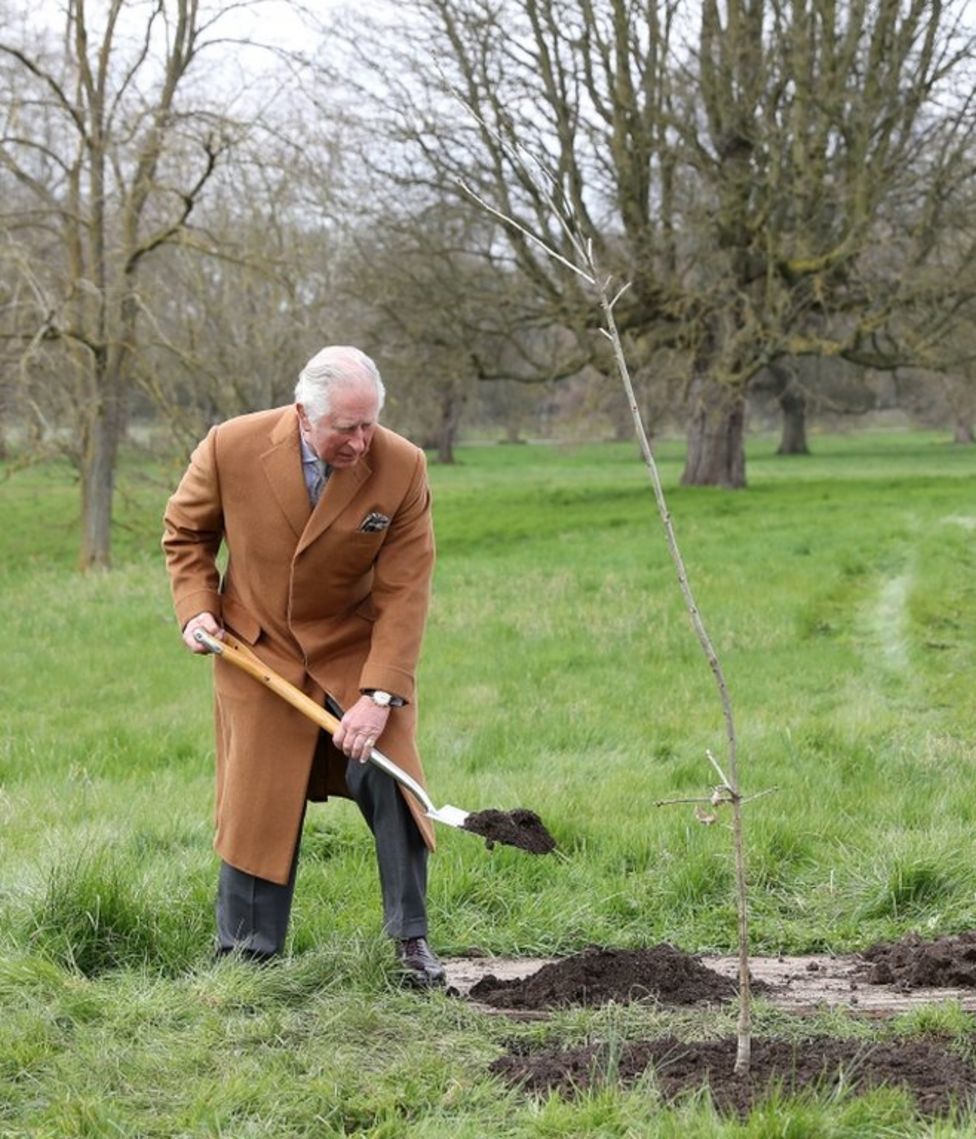 The prince said: "Whether you are an individual hoping to plant a single sapling in your garden, a school or community group planting a tree, a council, charity or business intending to plant a whole avenue of trees or a farmer looking to create new hedgerows, everyone across the country can get involved."

He said it is vital more of the right species of trees are planted, in the right places and that more woodlands, avenues, hedgerows and urban planting schemes should be established, while protecting and sustaining what we already have.

Describing it as a "statement of hope and faith in the future", the prince said planting trees and hedgerows and protecting existing woodlands and forests were simple, cost-effective ways to protect the planet.

The initiative will also highlight 70 irreplaceable ancient woodlands across the UK and identify 70 ancient trees.

A pilot training programme for unemployed young people aged between 16 and 24 to plant and manage trees will also be created and run through Capel Manor College, London's only specialist environmental college, of which the Queen Mother was patron.

Donations to the scheme will go to deprived areas and urban schools via one of the partner organisations of the Queen's Green Canopy, Trees for Cities.

Prime Minister Boris Johnson has thrown his support behind the initiative.

He said: "Our trees stand at the frontline of our fight against climate change and by sustaining our beautiful countryside for generations to come.

"The Queen's Green Canopy is a fitting tribute to her majesty's years of service to this country. I urge everyone to get involved."

The Queen has herself planted more than 1,500 trees around the world during her reign.

Woodland Trust chief executive, Darren Moorcroft, said the last year had "emphasised the central role that trees and woods play in the life of the nation".

He added: "We need more projects like this, giving people access to our natural heritage, opportunities to do something positive for the environment, and helping to safeguard it for our children in the face of a combined climate and nature crisis."