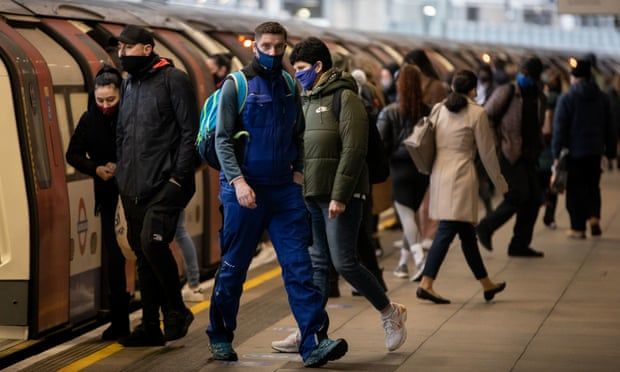 Analysis: Freezing allowances will lead to more people paying income tax, while the stamp duty holiday is driving up house prices
We can hardly call them “stealth tax rises” this time around, as the chancellor was at pains to spell out the impact of his decision to freeze both personal allowances and the amount you can put in your pension over your working life. But for many people the increases outlined in the budget may remain under the radar for a while.

Personal allowances will rise as planned in April. The first £12,750 of income will still be tax-free, while the 40% rate will kick in at £50,270. But after that there will be no change until 2026. Any inflation-linked increase in pay or benefits will therefore be eroded by the extra tax you will pay.

On pensions, it is only those with the biggest pots that will rub against the limit, which will be just over £1m.

Freezing income tax thresholds does not mean taking home less, but more people move into paying tax, or pay the higher rate – so much so that Treasury expects to make £19bn from this move over four years.

By 2026, the OBR reckons 1.3 million more people could become taxpayers and another 1 million could be pushed in to the 40% bracket.

The upside is that this has all been put off by at least a year, and if things go better than expected a future budget might even see plans change.

But family budgets already need to stretch further. Unmentioned in the budget, but coming down the track, are big rises in council tax, with some local authorities planning to increase bills by the maximum 4.99% they are allowed.

Energy bills have started to tick upwards, and other services are also getting more expensive. If inflation takes off, the chill of those freezes will be felt.

As is often the case with Tory budgets, the housing market played an important part in Sunak’s speech with confirmation of the heavily trailed return of 95% mortgages, and an extension of the stamp duty holiday. It was all good news for those who can afford to buy or are almost there, but is unlikely to be enough to turn “generation rent” into “generation buy” as billed.

The stamp duty threshold will remain at £500,000 until the end of June, which means it is likely that the scramble for bigger homes could continue throughout the spring. After that it will drop to £250,000 until the end of September – and we can expect an autumn of calls for it to stay that way, rather than reverting to the previous level of £125,000.

So far the stamp duty holiday has driven up prices, creating almost as many problems for would-be buyers as the withdrawal of 95% mortgages. With the announcement of a government guarantee to get large loans going again, Sunak will help some thwarted buyers.

But as well as pulling those large loans since the crisis hit, lenders have also spent the last year fiddling with criteria and more closely scrutinising the would-be borrowers who come through their doors. Some have limited the loans they will give to the self-employed, others have ruled out mortgages for those on furlough. Until the country is on a more even keel generally, it seems likely many people will still be locked out of large loans.

And Sunak’s fixes are all at the demand side: there is nothing new to stimulate supply. That 5% buyers need to save as a deposit will keep getting bigger as long as prices go up, so homebuying will still remain outside the grasp of many.
Add Comment