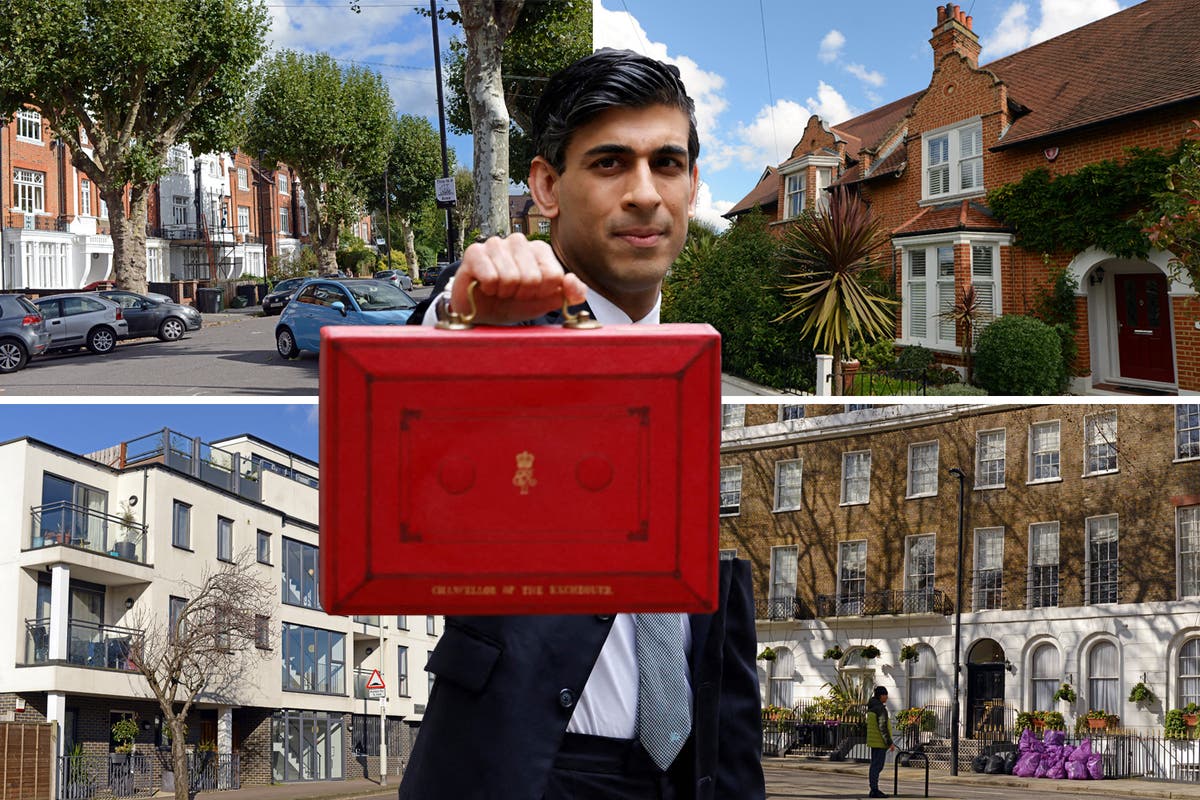 The Chancellor confirmed in his speech yesterday that the stamp duty holiday on purchases up to £500,000 will be extended three months to the end of June saving purchasers up to £15,000 in tax.

He also revealed details of a new Government-backed mortgage guarantee scheme for buyers with only a five per cent deposit.

Within minutes of the Chancellor sitting down in the Commons millions of potential buyers began searching out new homes and mortgage deals online.

Property portal Rightmove had its busiest ever day since it was founded 20 years ago with more than nine million visits.

London estate Chestertons said it saw a 25 per cent rise in enquiries compared with the previous day between 1pm and 8am this morning.

They were 37 per cent higher than the same day last week and 41 per cent up on the average so far this year.

Dominic Agace, chief executive of Winkworth, which has 60 offices across the capital said it saw a 15 per cent surge in traffic to its website yesterday afternoon.

He said: “We saw an immediate spike in activity, compared to before the Budget and the same period last week.

“Talking to our offices, some noticed a surge of interest when the stories on stamp duty and 95 per cent mortgages emerged over the past week or so.

“The stamp duty holiday extension will take the pressure off those battling to beat the deadline and the mortgage guarantee scheme is a great boost to buyers and sellers in London, particularly in a sector of the market which has struggled due to lower mortgage availability.”

North London estate agent Jeremy Leaf, north London estate agent and a former RICS residential chairman, said: “Our offices were noticeably busier following the Budget although the pick-up in activity started a week ago as so much Budget content was leaked before the big day. Many people have been making decisions for a while now.

“It’s not just a kinder-than-expected Budget for buyers and the 95 per cent government-backed mortgages which are making a difference. Further rollout of the vaccine, easing of lockdown restrictions and better weather are all playing a part.

“With the stamp duty holiday only extended for a few months, purchasers will still have to move quickly bearing in mind the present backlog in order to take advantage.”

Mark Harris, chief executive of mortgage broker SPF Private Clients, said: “So far, we’ve had more enquires about the stamp duty holiday extension than 95 per cent mortgages but there has been interest from Help to Buy purchasers who were considering new build.

“They have paused their search because they are more interested in being able to borrow 95 per cent on an older property. We expect to see more of this and the sooner we have visibility on some 95 per cent mortgage products, the better.”