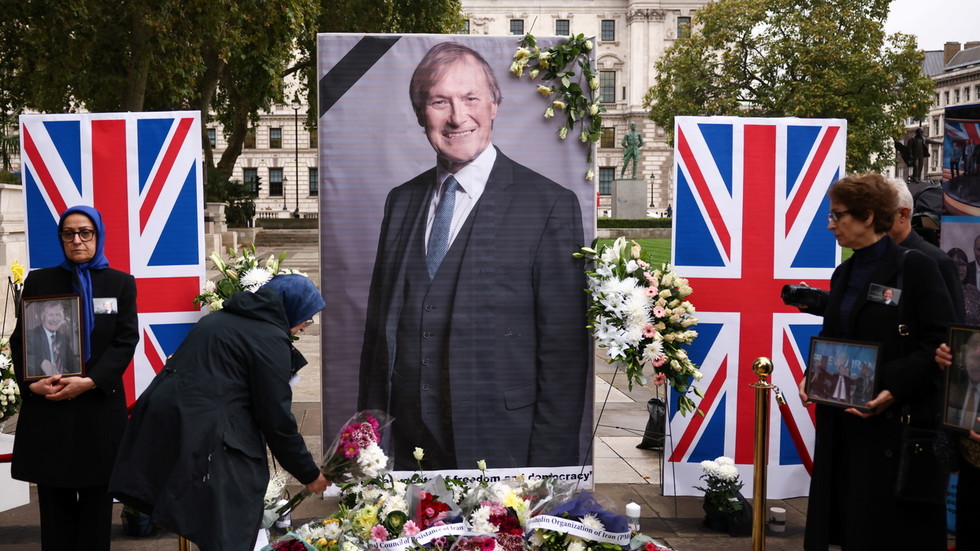 Brits concerned murder of MP will lead to internet crackdown, after officials call for end to online anonymity

Many in the UK are expressing their worries about the future of internet freedom, after a group of MPs lobbied Prime Minister Boris Johnson to ban anonymous social media accounts in the wake of Sir David Amess’ death.

After the Tory MP was stabbed to death in a church on Friday by a man with links to Islamist extremism, several members of Parliament called for authoritarian social media laws that would prevent anonymity – despite no links having yet been established between the attack and Amess’ social media presence.

Mark Francois, the Conservative MP for Rayleigh and Wickford, said in the House of Commons following the attack that Amess “had become increasingly concerned about what he called the toxic environment in which MPs, particularly female MPs, were having to operate” and that he “was appalled by what he called the vile, misogynistic abuse which female MPs had to endure online.”

“He told me very recently that he wanted something done about it,” Francois continued, before suggesting that Parliament should “take the forthcoming Online Harms Bill and toughen it up markedly” if “we want to ensure that our colleague didn’t die in vain.”

The bill will reportedly utilize legal measures to “tackle some of the worst abuses on social media, including racist hate crimes,” according to the government, and also force Big Tech companies to remove “harmful content.”

During an appearance on GB News on Monday, Francois specifically called for an end to anonymity online, telling the programme’s host, former Brexit Party leader Nigel Farage, “We now want David’s Law, so that it will be illegal in future for people to go online in a cloak of anonymity and call people everything under the sun.”

Though Francois received support from fellow MPs, seemingly including Home Secretary Priti Patel, who said the government wanted to “make some big changes” to social media laws, the campaign has sparked a wave of concern among the general public.

“Anonymity is necessary for a lot of people to be able to engage safely with social media,” protested one woman, who listed whistleblowers, sex workers, victims of violence, and activists as just some of those who would be left vulnerable by a change in law.

“Not that it matters, but the worst abuse I’ve ever received on this platform has come from named accounts, not anonymous ones,” claimed New Statesman deputy online editor Rachel Cunliffe.

Others argued that the focus on social media was a distraction from the real problem: Islamist extremism and the radicalisation of adherents.

On Saturday, the Metropolitan Police declared Amess’ death a “terrorist incident”. The suspected murderer was described by British media outlets as a 25-year-old man of Somali origin who was known to authorities and had previously been referred to the counter-extremism program Prevent.