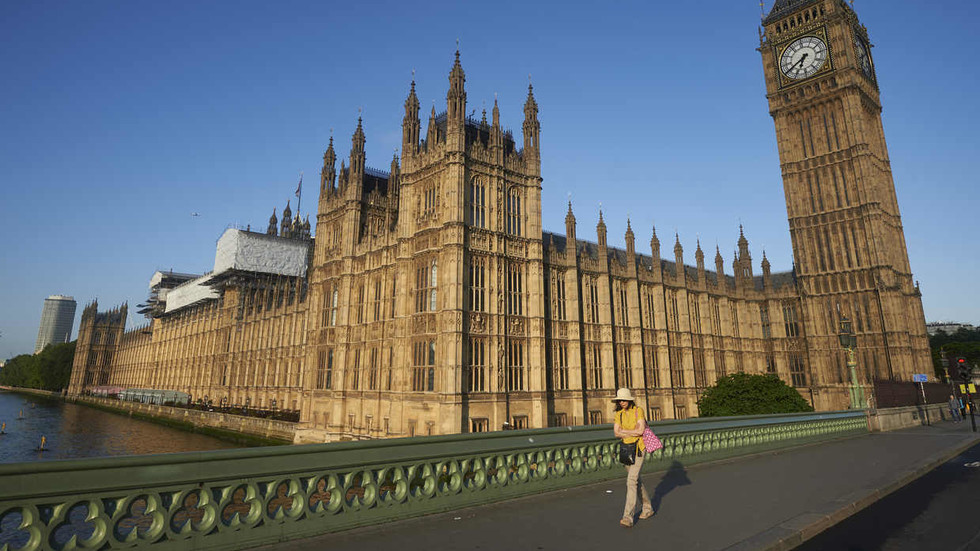 Repairs to the Palace of Westminster could last for two decades and cost £14 billion, exceeding initial estimates more than three times, the British media has learned.
UK MPs and peers would do well to find a new home that would suit them for the long haul, as what was initially projected to be a six-year refurbishment of both Houses of Parliament could now swell to 20 years, according to The Telegraph, citing an unnamed government source. The cost has also reportedly ballooned exorbitantly, with the £14 billion ($18.7 billion) price tag being “one estimate that has been discussed.” Initial projections put the cost at approximately £4 billion.

The unnamed official told The Telegraph that as “MPs will have to vote on these plans and they will have to be able to justify such a project to their constituents,” they are likely to be “incredibly concerned by these suggested costs and timescales.” According to the paper, the Restoration & Renewal Sponsor Body, which is composed of MPs, peers, historians, and infrastructure experts, calculated that the work could last a whopping 30 years unless the lawmakers vacate the building. Moreover, in his letter to MPs earlier this year, Lord Fowler, a former speaker of the House of Lords, reportedly warned them that continuing to work in situ could also further add to the costs.

However, the British media outlet says this is the worst-case scenario, with at least one more plan under consideration that would require the MPs to work outside of the Palace of Westminster for 12 to 15 years.

According to media reports, the body tasked with the restoration of the Houses of Parliament expects to present a final plan to the lawmakers in 2023, while the whole of next year will be spent further analyzing the building’s structures and the level of their deterioration.

A key problem faced by the restoration effort is a lack of skilled stonemasons, plasterers, and historic window experts, with officials admitting they are struggling to find some of the craftsmen needed.

The Palace of Westminster in its present form was built in place of the old palace, which was destroyed by fire back in 1834. Its construction was largely finished by 1860.
Add Comment