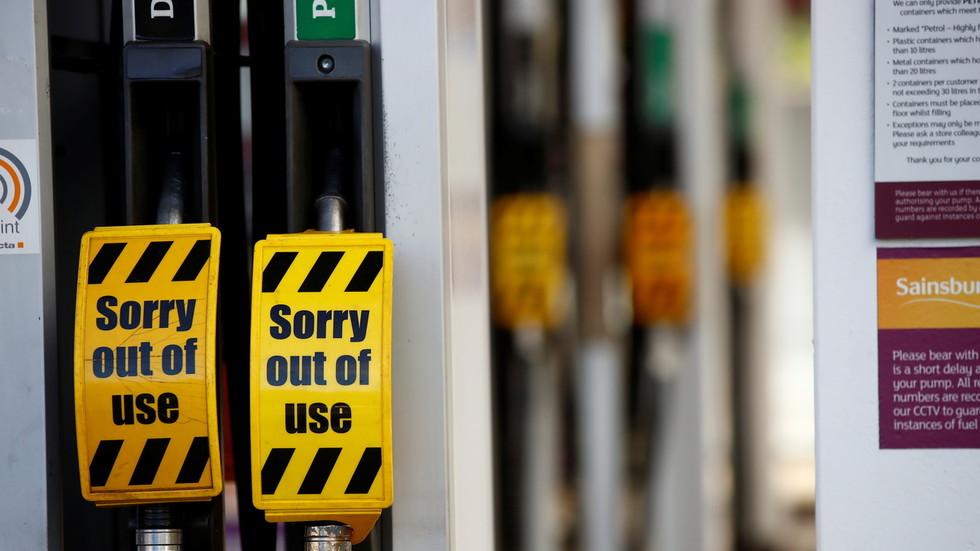 The UK Army will be deployed to drive petrol tankers in response to fuel shortages that have caused chaos across the UK, business secretary Kwasi Kwarteng has confirmed, despite officials saying that the situation is stabilising.
The mobilization of military drivers to get fuel to pumps comes in the wake of news reports describing a Britain that has been whipped into a frenzy amid the ongoing petrol shortages, with scenes of vehicles lining up for petrol becoming commonplace.

Brawls have also broken out, with one video circulating online purporting to show a man wielding what appears to be a knife at another driver at a petrol station in South East London.

Speaking to Sky News on Wednesday, Kwarteng revealed that soon some members of the British public will see troops behind the wheels of tanker fleets as personnel deliver petrol to depleted gas stations.

The military assistance, however, will not be coming right away. The secretary explained that “it takes a couple of days, sometimes a few days, to get troops on the ground.” Some 150 military drivers had been mobilised and are ready to transport fuel around the country, he said.

Kwarteng, however, stopped short of promising that the issue will be resolved in time for Christmas: “I’m not guaranteeing anything. All I’m saying is that, I think the situation is stabilising.”

On Tuesday, UK Transport Secretary Grant Shapps told British media that officials are beginning to see “very tentative signs of stabilisation” after a weekend of panic buying that resulted in up to 90% of forecourts in some areas running empty.

The government has repeatedly insisted that there is not a shortage of fuel; instead, there is a lack of HGV drivers able to transport petrol to forecourts. The EU’s former chief Brexit negotiator, Michel Barnier, on Tuesday weighed in, saying that the crisis is a “direct and mechanical consequence” of leaving the bloc due to drivers being affected by the ending of freedom of movement.

In a bid to combat the lack of drivers, the government said it will issue temporary visas to 5,000 foreign drivers, a step it previously said it would not take.

UK Defence Secretary Ben Wallace announced on Monday that the military was on standby and that Army tanker drivers would receive specialised training to “enable them to seamlessly work with industry to address the supply chain pressures.”
Add Comment