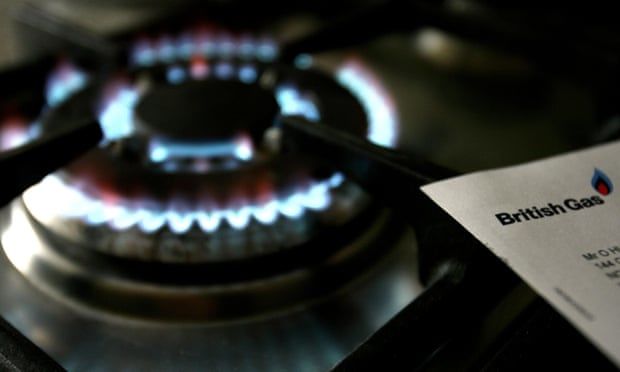 Centrica boss also defends Amber Rudd’s appointment to its board as a non-executive
The British Gas owner, Centrica, has warned that Rishi Sunak’s windfall tax will “damage investor confidence” as Britain attempts to build up green energy supplies.

The Centrica chairman, Scott Wheway, and its chief executive, Chris O’Shea, hit out at the chancellor’s 25% levy on oil and gas operators’ excess profits, which will be used to pay for measures to reduce soaring energy bills.

Centrica – Britain’s biggest energy supplier – reported that its annual operating profits doubled to £948m in 2021, aided by a surge in earnings from its North Sea oil and gas arm. It expects to make a healthy profit again this year.

Sunak hopes to raise £5bn from the tax, but a debate is raging over the structure of the levy. An investment allowance within the tax allows energy firms to make 91p of tax savings for every £1 spent.

Labour has labelled the allowance a “gigantic get-out clause” while analysts believe £8bn worth of oilfield projects could soon get the green light as a result of the measure.

Speaking at Tuesday’s annual shareholder meeting in Leicester, Wheway said: “We’ve got every empathy with the plight of many customers presently, that are facing difficulties in managing their energy bills, and we welcome action to help those customers.

“But we also share a lot of concern around choices that may be made to apply taxes to energy production, which – although they may derive short term benefits – can cause medium and long term problems, because we know that the industry that we’re in is a very long term industry. And we’d urge everyone thinking of those things to strike the right balance.”

O’Shea waived his £1.1m bonus last year as the company cut its dividend while household bills ballooned. He was paid £875,000 in salary and benefits.

Energy companies have benefited as a squeeze on supplies exacerbated by Russia’s invasion of Ukraine has pushed up revenues. Centrica is attempting to move towards greener energy supplies, while Sunak is exploring extending the tax to electricity generators.

O’Shea said: “It’s clear that the energy market is going through rapid change. And the opportunities from this transition are enormous.

“However the recent intervention in the form of a windfall tax in the UK creates uncertainty and damages investor confidence. And, as you all know only too well, it’s borne by you, our shareholders.”

O’Shea said the company was speaking to government “to make sure that everything is fair”.

He added: “In the long term, we need to work together with all stakeholders to protect the most vulnerable in society whilst encouraging the substantial investment needed to deliver a low carbon future which, if we get it right, will create hundreds of thousands of new, well-paid green jobs, which will help grow the economy.”

O’Shea also reiterated calls for energy bosses to pass a “fit and proper person” test and the protection of customer deposits after nearly 30 suppliers collapsed in the energy crisis.

Wheway was also forced to defend the appointment of former home secretary Amber Rudd, who joined Centrica’s board as a non-executive in January.

One shareholder asked whether – given the Conservatives had introduced an energy price cap and a windfall tax on the sector – a former minister should be on its board.

Wheway said that the board “look through politics and remain politically neutral”.

Former Santander UK boss Nathan Bostock has also joined the board. Wheway said: “I sit here with 100% confidence and tell you that our new appointees to the board, including Amber, and Nathan, and others that we have in the pipeline have been selected because we think they’re the finest people to do those jobs … they bring skills and abilities which the company will enormously benefit from.”
Add Comment