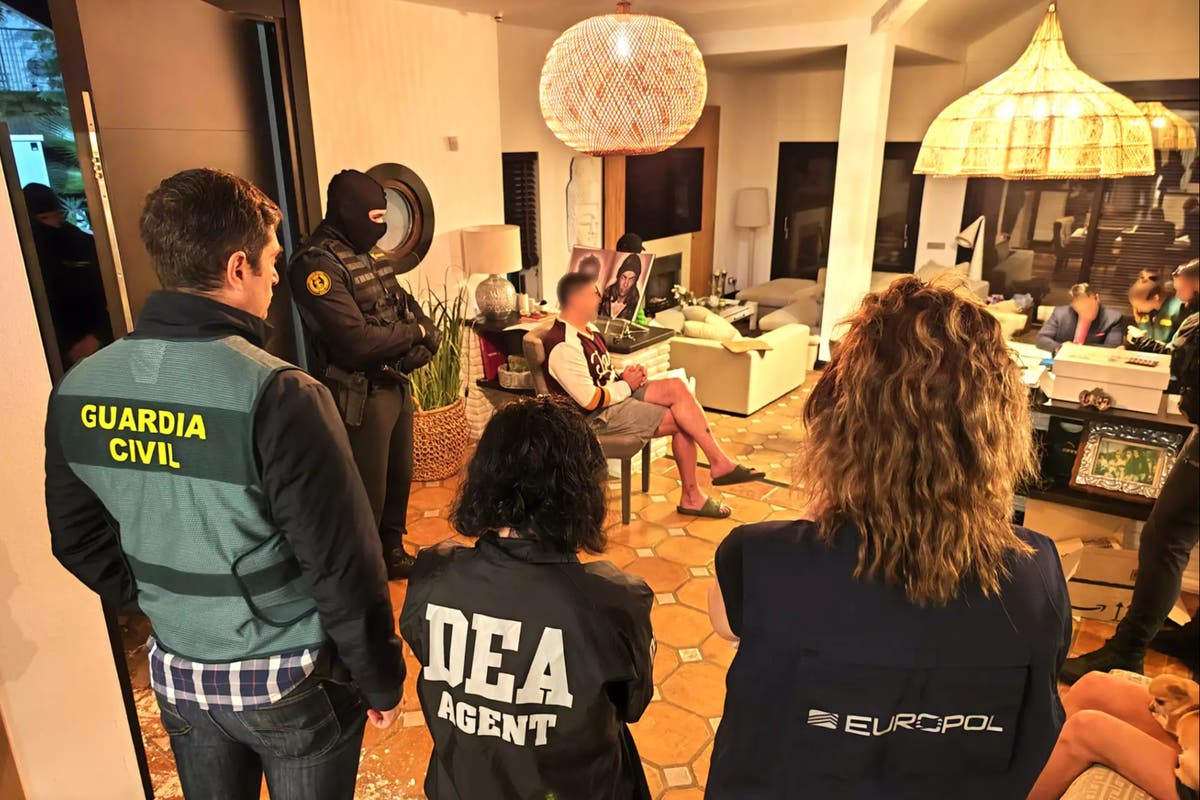 More than 30 tons of cocaine was seized before it could flood the European market as well as a fleet of luxury supercars, more than €500,000 in cash and 3 firearms with ammunition magazines linked to the drug operation.

European police forces united to raid a safe house in Dubai where dogs found cash and a garage full of supercars was discovered. 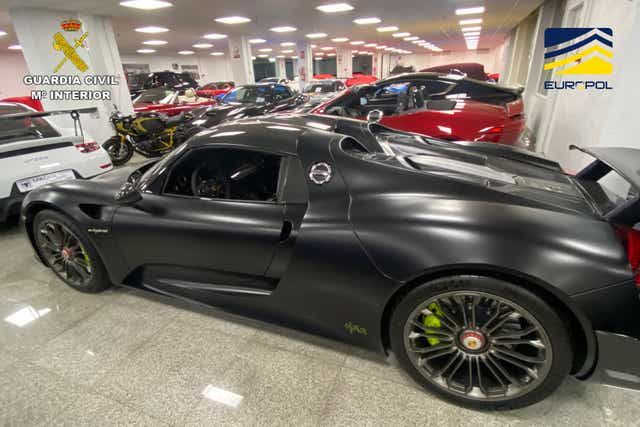 Guardia Civil
Footage shows heavily-armed officers forcing their way into mansions, some with luxurious swimming pools, before leading suspects away in handcuffs.

Spanish Police said they had identified the leader of this organization, a British citizen linked to the Costa del Sol and who had to leave Spain after a bungled attempt by gangsters to kidnap him.

They added the Brit fled to Dubai, where he continued directing the criminal activities of the organisation, while maintaining contacts and drug trafficking businesses with the rest of the drug lords. 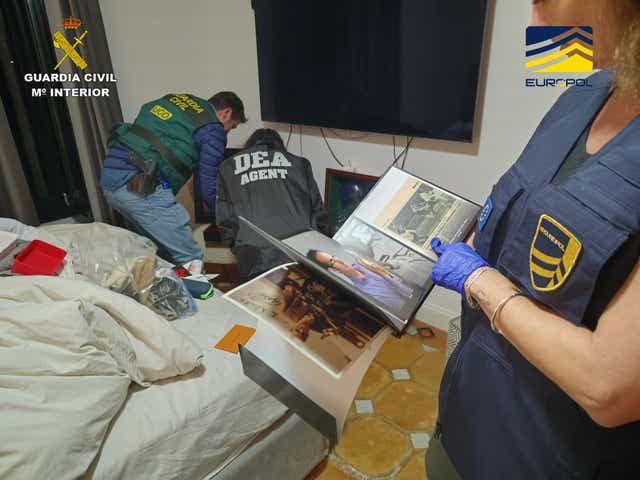 A Europol spokesman said: “A total of 49 suspects have been arrested during the course of this investigation. The drugpins considered as high-value targets by Europol had come together to form what was known as a ‘super cartel’ which controlled around one third of the cocaine trade in Europe.

“These arrests are the culmination of parallel investigations run in Spain, France, Belgium, the Netherlands and the UAE with the support of Europol into the activities of this prolific criminal network involved in large-scale drugs trafficking and money laundering.

“The scale of cocaine importation into Europe under the suspects’ control and command was massive and over 30 tonnes of drugs were seized by law enforcement over the course of the investigations.”

The operation, dubbed Faukas by Spanish police, began with the seizure of a container in the Port of Valencia in March 2020, through which they intended to move a whopping 698 kg of cocaine.

The Spanish Civil Guard managed to identify the source supplier of the drug, a Panamanian citizen also living in Dubai, who would be responsible for the introduction of the drug in the Port of Manzanillo (Panama) and who also maintained contacts with the rest of the barons.

Raids and arrests occurred across Europe and in Dubai between November 8 and 19.