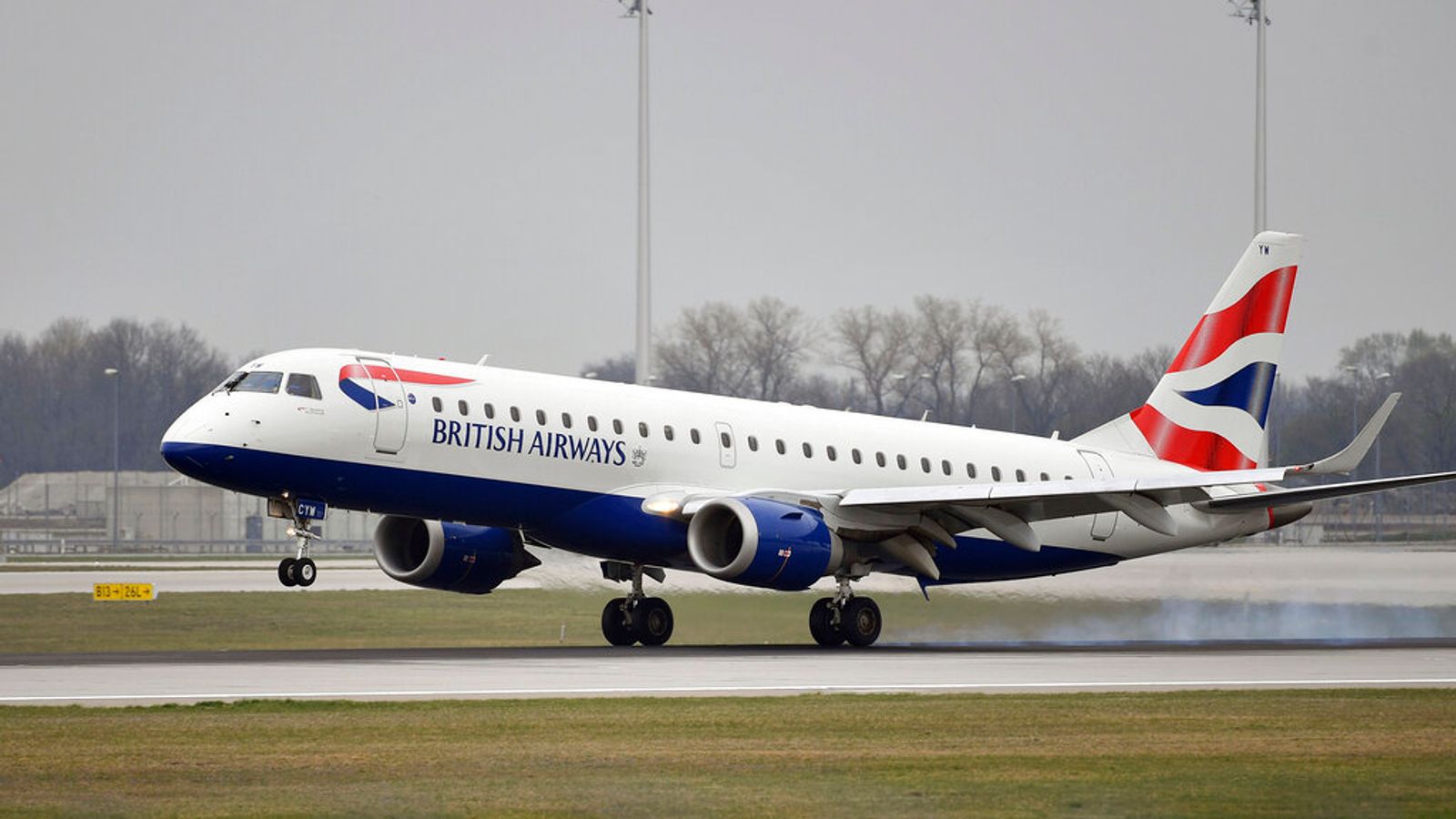 The airline has cut more services as it moves to ensure last-minute cancellations are kept to a minimum after the chaos witnessed at airports this year.
British Airways has cancelled 11% of flights during the summer holiday peak in the hope of avoiding a repeat of the airport disruption witnessed earlier this year.

The airline, one of the worst affected by post-pandemic staff shortages this year, said it was taking further "pre-emptive" action to prevent disruption for passengers and build greater resilience in its flying schedules.

It follows a torrid reopening of the skies after the pandemic for most airports and airlines that have struggled to meet high demand for international travel.

BA said on Tuesday it would reduce its April-October schedule by 11%.

It had reported in May that 10% of flights would go over the period - equal to 8,000 round trips.

"As the entire aviation industry continues to face into the most challenging period in its history, regrettably it has become necessary to make some further reductions," the airline said.

"We're in touch with customers to apologise and offer to rebook them or issue a full refund," the statement concluded.

UK airports and airlines are not alone in struggling to meet demand for summer travel as the disruption is being mirrored across Europe and made worse, for UK travellers, by staff shortages at destination airports.

Heathrow and Gatwick have enacted capacity limits in a bid to ensure they can cope with passenger volumes.

Peak travel periods, such as Easter and weekends, have witnessed the worst problems to date and airlines were told by the government last week that they should run "realistic" summer schedules to avoid repeats of the chaos.

There is a temporary amnesty in place to allow airlines the freedom to adjust flight schedules without the penalty of losing landing slots.

The deadline for making the cuts ends on Friday and could yet see BA cut more services from its summer schedule.

The airline is also facing down the prospect of a strike by workers at Heathrow, threatening a new front in disruption for passengers.

BA, along with easyJet, have cancelled the most services by UK airlines but those flights have mostly been on high frequency routes - those with more than one daily flight.

The Telegraph newspaper reported late on Monday that BA was cancelling more than 650 flights from Heathrow and Gatwick airports to destinations including holiday spots in Spain, Portugal and Greece, affecting up to 105,000 travellers.

BA has not commented directly on the accuracy of the report.

Rory Boland, Editor of Which? Travel, said of the airline's plans: "While it is encouraging to see British Airways taking steps that will spare some passengers from last-minute flight cancellations, it is concerning that months on from its first round of cancellations BA still seems unsure as to how many flights it can operate each day - especially while still taking new bookings.

"Which? recently reported British Airways to the Civil Aviation Authority for neglecting to tell passengers about their right to compensation and failing to reroute customers at the earliest opportunity.

"The CAA must take action if BA fails to meet its legal obligations amid this latest round of cancellations."
Add Comment