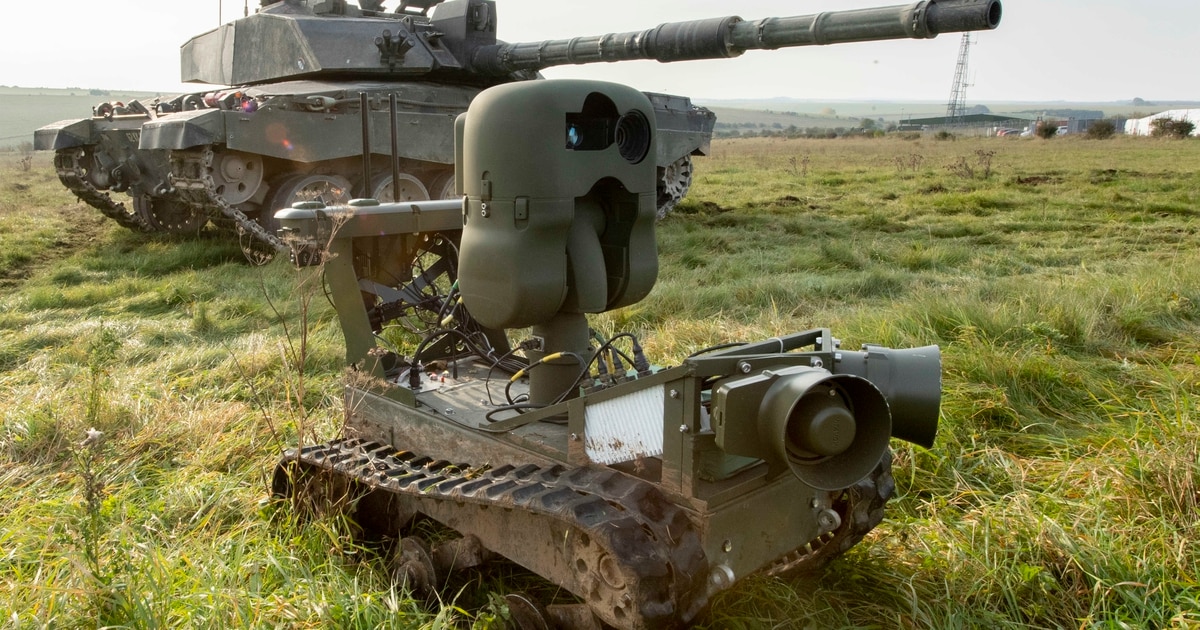 The latest strategy launch comes weeks after the MoD rolled out a new integrated operational concept to shape how Britain adapts its future military effort to the changing security threat posed by the likes of China and Russia.

“We are in a very real race with our adversaries for technological advantage. What we do today will lay the groundwork for decades to come. Proliferation of new technologies demands our science and technology is threat-driven and better aligned to our needs in the future,” Wallace said Oct. 19 during a visit to the British Army’s Salisbury Plain training ground in the west of England ahead of a war-fighting experiment there.

The latest strategy launch comes weeks after the MoD rolled out a new integrated operational concept to shape how Britain adapts its future military effort to the changing security threat posed by the likes of China and Russia.

With the rollout of a defense and security review fast approaching, the MoD has been revealing busy some of the key supporting strategies that will likely underpin what is being touted as Britain’s most fundamental military shakeup in generations.

Both the science and technology strategy and the integrated operational concept are key elements of an integrated defense and security review planned to link defense, security, foreign policy and international development aid. The review, expected by the end of November, is meant to signal big cuts to conventional capabilities as the Conservative government invests in high-tech areas like space, cyberspace, artificial intelligence and undersea capabilities.

“I welcome this MoD innovation initiative and hope that it translates into more conversations and activity with industry,” said Steve Beeching, the managing director of the U.K. arm of American communications company Viasat, which has a growing defense presence in Britain. "We want to work collaboratively in supporting the rapid implementation of future mission capabilities to empower our defense and security forces in the constantly evolving adversarial environment.”

Future military development would focus on five emerging technology areas that have posed the most significant enduring capability challenge, according to the new S&T strategy document. Technology areas listed are:


* Improvement of the U.K.’s ability to compete against adversaries below the threshold of conventional conflict while addressing vulnerabilities, especially in the information environment.


* Develop systems to target adversaries in new ways across all domains.


* Generate affordable, survivable capabilities that can rapidly address evolving threats and can operate within a denied electromagnetic environment.

The country noted it isn’t dismissing other equipment areas; it has also pledged to invest in the areas of cyberspace; chemical, biological and radiological technology; novel weapons; and system of systems integration.

The document does not mention how Britain will afford the strategy, but it does talk about new approaches to funding. The MoD said it plans to invest in new, riskier activities in hopes of developing technologies by using demonstrators, experimentation and better exploitation processes.

It also hopes to make rapid progress on the strategy by the end of the first year. The progress includes creating a strategy implementation plan, giving clear policy positions on the critical capabilities that the government must sustain, providing direction to academia and industry on priority areas, and revitalizing the government’s technology incubation program.