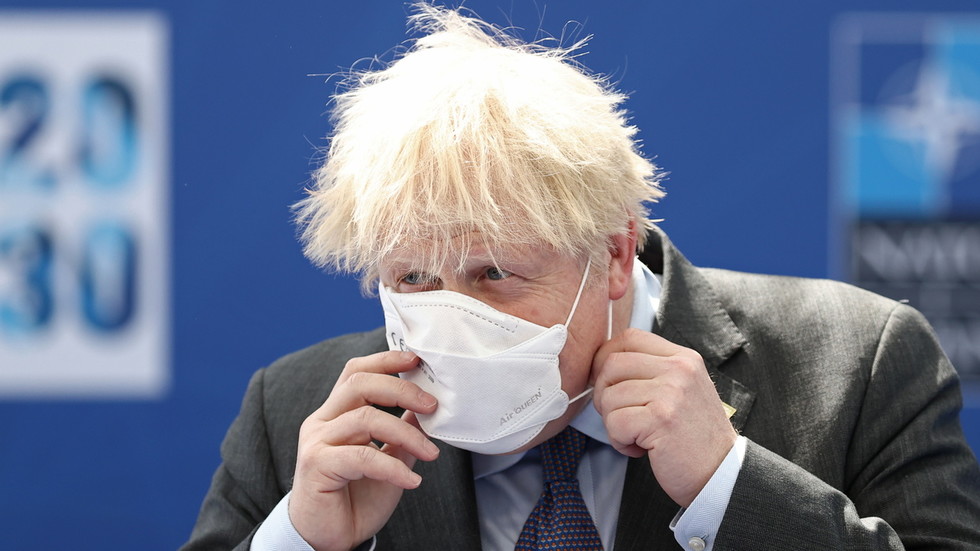 British MPs have voted to suspend Freedom Day until July 19, but all is not well in the Conservative Party. If Boris Johnson attempts to extend the restrictions again, he could encounter a full-scale rebellion.

Having previously promised that all Covid restrictions would come to an end on June 21, Prime Minister Boris Johnson once again tested the patience of his own MPs by asking them to vote for an extension until July 19.

Prior to the vote, a number of Conservative MPs voiced their opposition. Former Tory leadership candidate, John Redwood, urged immediate re-opening. Steve Baker argued that “we now must not tolerate lockdowns perpetually on the table” and that the nation’s high streets “are in danger of becoming haunted alleyways.” And Sir Desmond Swayne had a veiled threat for Johnson, saying that “this is the party that only recently elected a leader that we believed was a libertarian ...there is much on which we are going to have to reflect”.

Following the debate, MPs voted to extend the Covid restrictions to July 19 by 461 to 60. The result was never in doubt, as the Labour Party, which has 198 MPs, had already signalled its support for extending restrictions. However, the most notable aspect was the fact that 51 Tory MPs voted against their own government. On the face of it, that might not sound like a great number, but it does represent around 15% of Johnson’s parliamentary party.

Added into the mix is the fact that there seems to be a split in Johnson’s Cabinet, with the influential Leader of the House of Commons, Jacob Rees-Mogg, stating that “you can’t run society just to stop hospitals being full, otherwise you’d never let us get in our cars and drive anywhere…there has to be some proportionality.” He was later publicly rebuked by the Secretary for International Trade, Liz Truss, who responded that “Jacob has his views and those are his views...the reason we are doing this and taking these measures is to protect lives and that is why it is important.”

The prime minister had already attempted to assuage Tory anger, stating that July 19 was not the earliest possible date for reopening, but rather a “terminus date” – an absolute end to restrictions. However, we must not discount that there is a high probability that the government’s scientists, who always err on the side of caution, will advocate an extension beyond July 19.

Indeed, Mark Harper, the chairman of the Covid Recovery Group, a Tory caucus of around 50 MPs, claimed to have seen documents proving that further restrictions in the autumn and winter are being prepared.

Worryingly, this was not denied by the government. If Johnson was to push for an extension beyond July 19, he would have a full-scale rebellion on his hands, both in and out of the Cabinet.

If the arguments made yesterday to prolong the restrictions were flimsy, extending beyond July 19 would be farcical. Over 30 million Brits have now had two Covid vaccine jabs, which amounts to 56% of the adult population. Moreover, every adult over 50 has already been offered two jabs.

The data shows having had two jabs offers significant protection against the Delta variant, which accounts for over 96% of new infections. The Pfizer vaccine, for example, is 96% effective against hospitalisation after two doses, and the AstraZeneca vaccine is 92% effective. With the vast majority of those most at risk already double jabbed, the danger to life has been massively reduced.

If the prime minister is persuaded again by the scientists to extend restrictions, the number of Tory rebels will grow. Not only because more people will have been vaccinated, but also because the economy is in dire straits. Last year the government borrowed over £300 billion to cope with the Covid pandemic – the equivalent of £5,000 per person – and a peacetime record.

This year it is committed to borrowing a further £234 billion. The UK also has also accrued £2 trillion of national debt. This simply cannot go on and will one day have to be paid back. The only way that an economic crisis can be averted is for the country to reopen as soon as possible.

People also understand that life involves risk and that we are never going to be completely ‘Covid free’, as the doom and gloom scientists would like. As former Prime Minister Theresa May stated, “what the government need to state much more clearly is that sadly people will die from Covid here in the UK in the future, as 10,000 to 20,000 people do every year from flu.” We just have to accept that Covid is not going away, and it will not be eradicated anytime soon.

Those 51 Tory MPs who voted against the extension of restrictions are aware that life has to go on and return to normality as soon as possible. The prime minister will do well to listen to them. He may have avoided a crisis yesterday, with the help of Labour MPs, but if he attempts to extend restrictions beyond July 19, he will be forced to face the political consequences.