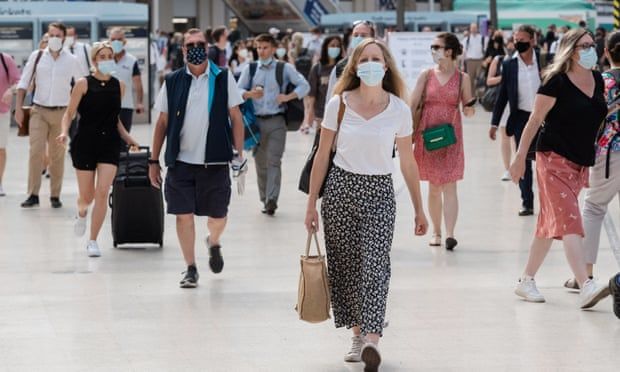 Britain’s Covid experts Neil Ferguson Sage are under attack, but they are just doing their jobs

Those who attack Neil Ferguson and Sage’s pandemic predictions only expose their ignorance about science
It feels like open season on Professor Neil Ferguson right now. Sections of the media and several columnists delight in castigating the epidemiologist, or “Professor Lockdown”, for being “doomster in chief”, constantly predicting catastrophe and then back-pedalling when the worst numbers don’t materialise.

Opponents of Covid restrictions blame Ferguson and his team at Imperial College London for persuading johnson">Boris Johnson to shake off his libertarian instincts and take us into lockdown. One presenter on new channel GB News described Ferguson as a “numpty” on air, and the very mention of his name attracts groans in some circles.

But the attacks on Ferguson often betray a fundamental misunderstanding of scientific modelling and, indeed, the way science works.

Lambasting epidemiologists for changing their minds is not the insult it may seem. “All models are wrong but some are useful” is a favoured saying of modellers. But it doesn’t follow that a modeller’s guess is no better than anyone else’s. They are not sitting gazing into a crystal ball; they are looking at numbers and using them to work out possible scenarios.

If you want to understand the relative impacts of a three-week lockdown now compared with a five-week lockdown in a month’s time, there is only one way of doing it. You cannot do an experiment; you can only model. It would be reckless for policymakers to take that decision without the best scientific estimates as to which choice results in more deaths.

The real world of course is much more complex than can be represented in a model, and the biggest challenge is second-guessing how humans will behave. Chance will always play a key role but studies like this can still highlight threats and help government and health systems work through potential risk-mitigation strategies.

Critics of modelling often compare a big number from one model with the real-world outcome. They declare the models wrong when these two numbers look different. But if people look at the large number of models that have informed our response, they would see that the scientists have always cited a wide range of possible outcomes and emphasised the uncertainty.

Demanding a single message from these models is dangerous because it is asking experts to pretend we have certainty. Including the uncertainties and the range of possible outcomes is critical. If models show a range of between 40 and 4,000 deaths a day, the truth will probably be somewhere in the middle but it’s better to show the range than say “2,320” or only highlight the 4,000, which the media has a tendency to do. That was the kind of range of numbers members of the Scientific Advisory Group for Emergencies (Sage) provided in November. Early in January 2021 we saw almost 2,000 deaths a day – in line with Sage modelling.

The Covid pandemic has taught us not to underestimate the public’s ability to grasp this kind of complexity. Spi-M, the modelling sub-group of Sage, had its first meeting at the end of January 2020. At a time when not a single person had died of Covid in the UK, these scientists had to advise policymakers about what might happen. In early March 2020, the emerging consensus among the scientists was that Sars-CoV-2 was circulating widely in the UK, could cause substantial hospitalisations and fatalities, and in the absence of drastic social distancing measures, the healthcare system would rapidly become overwhelmed, as we saw in northern Italy at the time. Although new studies and data have since emerged, this consensus has not changed.

Critics often remind us that the worst-case scenarios in some of those early models suggested that there could be up to 500,000 deaths. But those numbers were reasonable with no vaccines or lockdown. In the end the number of deaths was thankfully lower than that – not because the modellers were winging it or the virus was less virulent than initially thought, but because the public generally accepted the need for restrictions, which bought the time to develop vaccines.

These critics are less likely to remember numbers such as that quoted by the government’s chief scientific adviser, Sir Patrick Vallance, before the first lockdown, suggesting there might be 20,000 deaths. Tragically, that turned out to be a gross underestimate.

The other myth perpetuated by those who don’t like Ferguson is that he was the “architect of the lockdown”. While he is undoubtedly an influential scientist and much loved by BBC Radio 4’s Today programme, the reality of how science has informed decision-making is quite different. Any scientific advice to the government, including that which preceded the lockdown, was a result of hundreds of researchers throughout the UK working collaboratively to constantly reassess data, refine methodology, challenge assumptions, and compare and debate results to reach a scientifically sound consensus.

The whole point of Sage and the Spi-M-O advisory group is that we don’t rely on individual models or views but develop a consensus of what the science is telling us which can be useful to policymakers.

It is right that scientists and evidence are scrutinised. The scientific endeavour is based on testing ideas and self-correction, and external challenges make science better. But calling scientists rude names and encouraging the public not to trust experts who revise their data and correct themselves is anti-science and anti-intellectual.
#Covid  #Boris Johnson  #Vaccines  #Johnson
Add Comment