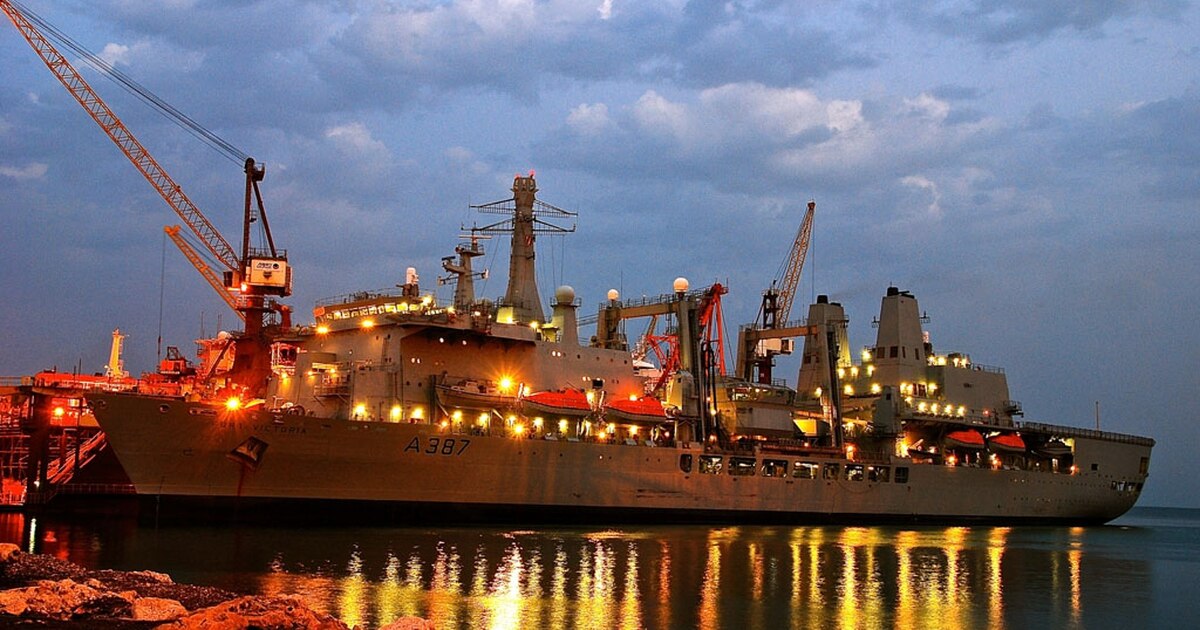 Unions have been demanding that building the ships, known as Fleet Solid Support vessels, should be an entirely British affair.
British shipyards have been pledged the dominant role in the construction of three logistics ships to support the Royal Navy’s new aircraft carrier force, but the Ministry of Defence has said it expects some of the work to go to overseas yards.

Bids for the £1.5 billion ($2 billion) program had to be led by British shipyards with “a significant portion of the build and assembly work to be carried out in the UK,” the Ministry of Defence said Oct 20.

But officials declined to specify exactly what that means in terms of the percentage of workshare coming to British yards, saying only the scheme would reflect the arrangements the MoD had made for British industrial involvement when it purchased the Ajax armored vehicles from General Dynamics.

“We are treating it almost like we do with Ajax, with the vehicles hulls built in Spain and where all the technical and wider fitting out is done in Wales, so it’s a broadly similar objective. You could have one part of it, not necessarily the hulls, built elsewhere but the main workshare coming to a British shipyard,” said one official.

“It’s about keeping the costs down. We are trying to encourage work into British yards but keeping an eye on the overall budget,” the official said.

That’s unlikely to satisfy the unions here. They have been demanding that building the ships, known as Fleet Solid Support vessels here, should be an entirely British affair in order to retain skills and jobs locally.

GMB, the shipbuilding union, said it welcomed the announcement by the MoD but called for cast iron guarantees all ships will be built and assembled in UK yards.

“Important questions remain to be answered. It is unclear whether ministers will require all shipbuilding work on the contracts to be done in the UK, instead of going overseas,” said Ross Murdoch, GMB’s national maritime officer said.

One thing the unions will be pleased about is the MoD’s commitment to a three-ship competition. Previously the talk had been about two vessels, possibly three.

The commitment to boost British shipbuilding comes after a lengthy scrap between the MoD and politicians and unions over who could compete for the contract.

The MoD had argued the vessels were not warships, and therefore under European Union rules had to be competed internationally. Others ridiculed that position and said the work should be limited to British shipyards.

Late last year the British abandoned the international competition to build the logistics ships, citing lack of value-for-money in the bids.

Earlier this year the MoD started marketplace discussions with potential contenders for the work.

Defence Secretary Ben Wallace recently signaled the government’s intention to change its position when he called the Fleet Solid Support vessels “warships” in a speech.

The new competition is set to get underway in the spring of next year.

A British-led team involving Harland & Wolffe, naval designers BMT and the Spanish yard Navantia declared its interest in the competition earlier this year.
Babcock International is also leading a consortium involving BAE Systems and other British companies, but at this time has no foreign yard onboard.

Britain’s two major warship programs are under contract to the two domestic yards.

Babcock is building the first of five T-31 general-purpose frigates at its Rosyth yard in Scotland while BAE is under contact to build the first three of an expected fleet of eight Type 26 anti-submarine frigates at its yards in Glasgow, Scotland.

The Fleet Solid Support ships, operated by the Royal Fleet Auxiliary, will be a key part of the Royal Navy’s support for its two new Queen Elizabeth-class aircraft carriers.

The vessels will supply items like food and ammunition to the carrier strike groups on deployment and are an urgently needed replacement for the aging RFA Fort Victoria, the only warship the British have that can carry out the replenishment task, albeit less effectively than the new logistic ships.

Shipyards from Italy, Japan and South Korea have expressed interest in the new logistics-vessel program recently, although none of them are known to have a British partner at this moment, said an industry executive.
Add Comment