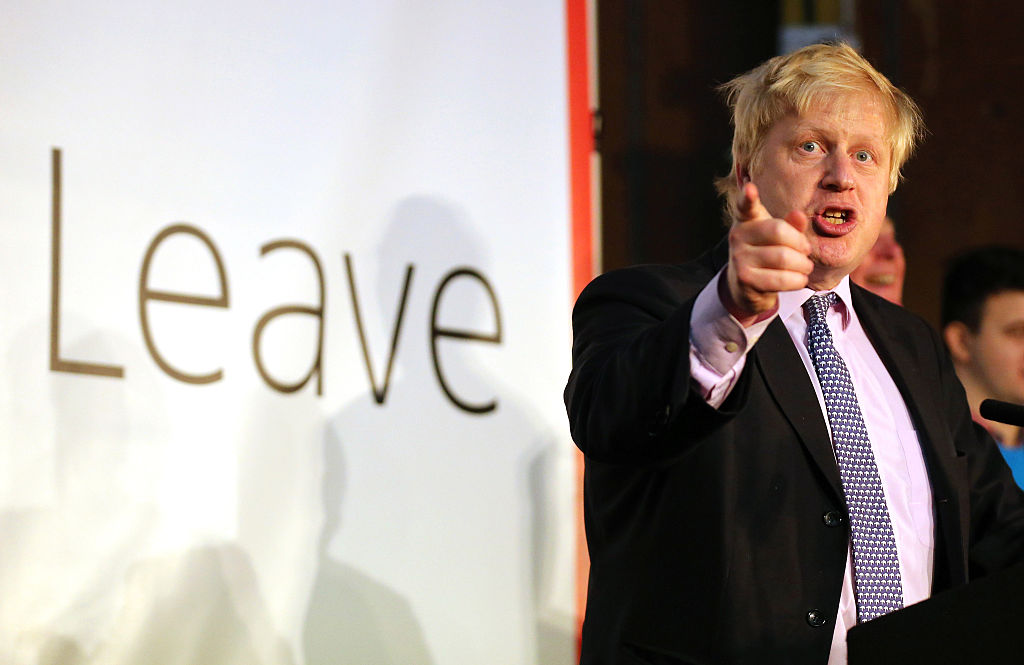 If the Covid crisis has taught us anything, it is the danger of abandoning a long-term strategy out of fear. The government’s current struggles amid rapidly dwindling public goodwill are the consequence of abandoning the far-sighted pandemic strategy that was initially advocated by our chief scientists — protection of the vulnerable combined with herd immunity.
Carefully planned during calmer times, it was overruled by fearful Ministers who have now snookered themselves and their own advisors. And now that the Brexit stakes are rising ever higher as we hurtle towards the autumn deadline, we must not make the same mistake with the EU.

Once a national obsession, Brexit has only periodically raised its head in recent months as Covid has taken centre stage. And yet I would wager that our international trading relationships will have a greater impact on the fortunes of this island in the coming years than the pandemic.

In a sea of U-turns, it is the one policy area in which the government has managed to maintain a long-range trajectory and not buckle under short-term pressures.

The strategy of holding firm on the UK’s national interest, striking trade deals around the world, and publicly demonstrating a willingness to walk away has reaped dividends, as a nervous EU has begun to fragment, its unity failing as the internal pressures for a productive trading relationship with Britain exert themselves.

But as the end of the transition period looms, the pressure to do a deal will intensify. Will the government have the fortitude to stick to its strategy? If Ministers need to put some steel in their spines, then they need only look to Qatar and Taiwan.

Qatar has a lot to teach us about the importance of remaining focused on your objectives while experiencing a barrage of both economic and political pressure from its opponents.

Unlike the relatively minor threat of tariffs that we face from the EU, the Gulf state has endured a full-on, three-year blockade by land, sea and air imposed by the United Arab Emirates, Saudi Arabia, Bahrain and Egypt, which is seeking to either topple Qatar’s emir or subdue him.

Much like the Britain in its negotiations with the EU, Qatar has had to put up with sustained aggression. Remarkably, rather than panicking or bending to the pressure, Qatar simply adopted what might be called the Taylor Swift Strategy — choosing to “shake it off”.

Not only has it kept up its economic development, recently becoming the richest nation per capita in the world, its businesses adapted to the tricky climate by pursuing new opportunities, new suppliers and new markets, such that as early as 2018, Foreign Policy declared that it had “won” the blockade.

Just as the EU seems unable to tolerate having a dynamic and prosperous UK on its doorstep, several of the developing Arab states complain that others in the region suffer from “tall poppy syndrome”, launching disinformation operations to undermine those who are believed to be growing too quickly.

Instead of retaliating, Qatar has continued to develop its sovereign foreign policy, such as acting as a peace broker between the US government and the Taliban in Afghanistan.

Taiwan is another example of how to succeed in economic and foreign policy terms over the long haul, when dealing with an often hostile neighbour who is acting in bad faith.

Despite China claiming Taiwan as its own territory, frequently threatening invasion, working to subvert Taiwanese democracy, pushing Taiwan out of international forums and bodies, and attempting to delegitimise the state, the country has also kept to the “shake it off” approach.

Correctly predicting that the situation with China, its main trading partner, would worsen, in 2016 Taiwan embarked on an ambitious plan to diversify its economy and reduce reliance on its regional rival.

As the US-China trade war heated up in 2019 and hostility from Beijing intensified toward the leadership of the Taiwanese President Tsai Ing-wen, instead of being cowed, Taiwan increased its efforts.

It launched a re-shoring programme to incentivise its companies to move their manufacturing back from China, and continued to foster good relations with its allies around the world. While its enemies went low, Taiwan soared high. Both countries are now being viewed as key allies by the West, nations that should be brought closer into the fold and whose economic success is admirable.

Qatar and Taiwan demonstrate the success that can be achieved when a strong strategy is pursued, in spite of criticism, both domestic and international. As the UK heads into the storm of the final act of the Brexit negotiations, it should take heart from these two unlikely models, stick to its guns, prepare for the inevitable pressure and get ready to “shake it off” in the pursuit of victory.
#Covid
Add Comment