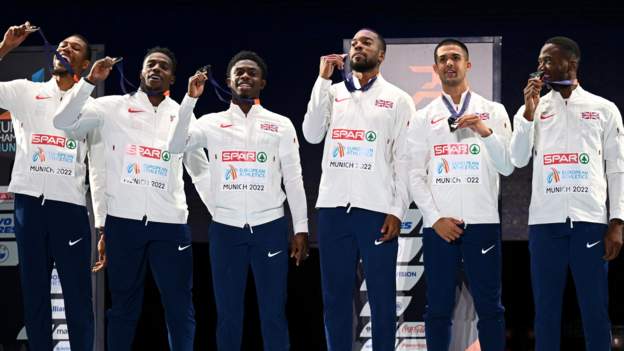 Great Britain won 60 medals as they finished second in the medal table behind host nation Germany at the European Championships in Munich.

Meanwhile, a further 27 medals were won at the European Aquatics Championships in Rome, where GB ended the competition second to hosts Italy.

British teams topped the standings in both gymnastics and rowing in Munich.

Diving was the nation's most successful sport across the two championships, as Britain won six golds among 12 medals.

Meanwhile, Britain failed to win Olympic rowing gold for the first time in 41 years at the Tokyo Games last year but claimed six golds and a total of 10 medals this time around, in a European performance described by British Rowing's director of performance as a "stepping stone" for September's World Championships. 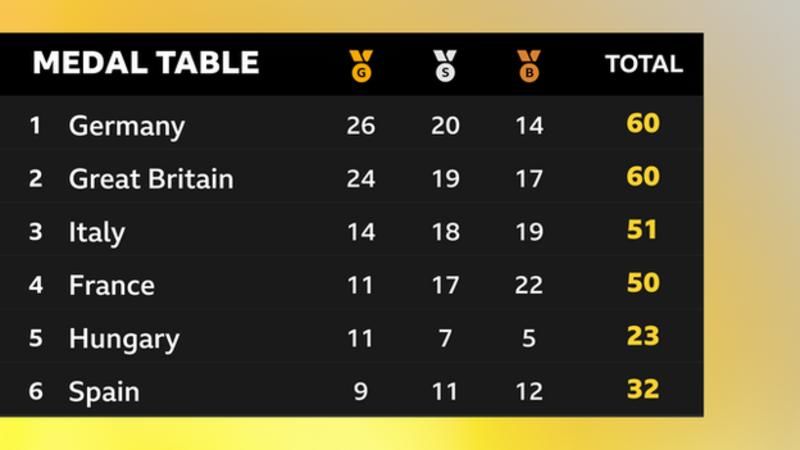