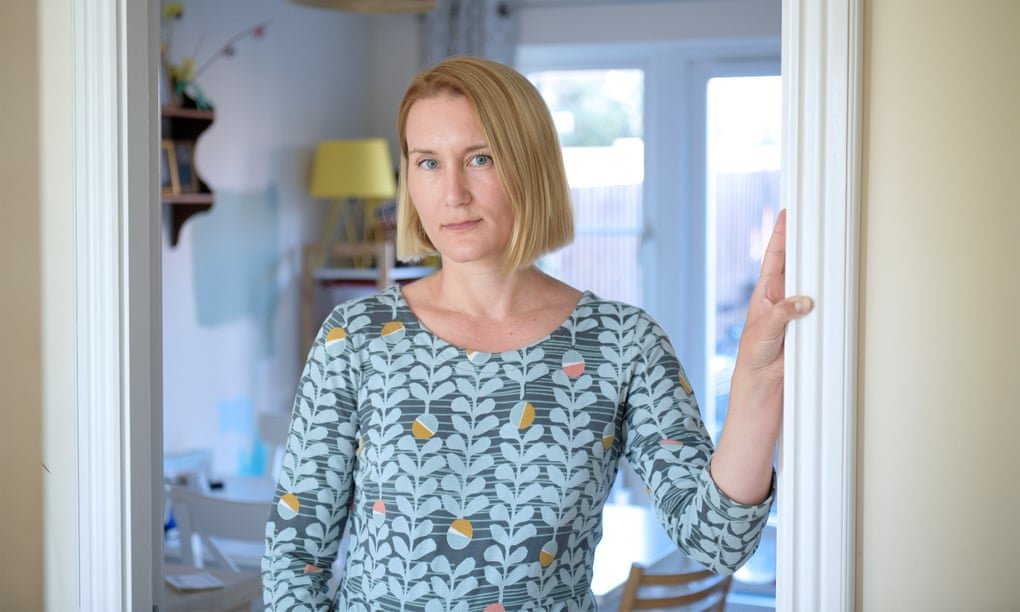 Brexit: EU citizens in UK could be shut out of vital services

Fears that shift from paper to digital permits could prevent those with settled status accessing jobs, banking and healthcare

Thousands of EU nationals could face problems accessing essential services because the government is refusing to issue physical proof of their right to live in the UK.

The settlement scheme grants EU citizens the right to remain in the UK after Brexit. Unlike other foreign nationals, they are not provided with a biometric residency permit proving their status.

Instead they have to access the Home Office’s online database each time they need to produce evidence of eligibility.

The process, which requires applicants to have a smartphone and reliable internet access, is part of a government plan to phase out paper permits and make the entire immigration service digital.

But it means those with settled status and service providers have to negotiate a sequence of logins, emails and share codes to confirm their eligibility. And critics claim the challenges of the online system could prevent them accessing jobs, housing and medical treatment.

“A lot can go wrong – technology outages, people unable to navigate the digital system and service providers unwilling to engage with it,” says Maike Bohn, a co-founder of the support group the3million, which is campaigning for a paper backup document while the digital system beds in.

“We don’t want a two-tier society developing in the UK: British and non-EU citizens who can prove their right to work and access healthcare anytime, anywhere, simply by showing a physical card or passport – and EU citizens who cannot.”

Problems are already emerging for people who have attempted to use the new system.

Elisabeth Dodds had the offer of a £50,000 home improvement loan rescinded when her bank insisted on proof of her status.

“I submitted both a copy of my letter from the Home Office confirming that I had been granted settled status, as well as the share code for checking my status online,” she said.

“Royal Bank of Scotland [RBS] refused to accept this information. On advice from a loan adviser, I printed out the Home Office documents, including screenshots from the Home Office website showing I have indefinite leave, and brought it into a bank branch.

“This was also rejected. I was variously told they had never heard of settled status and were powerless to change what form of proof they could accept.” 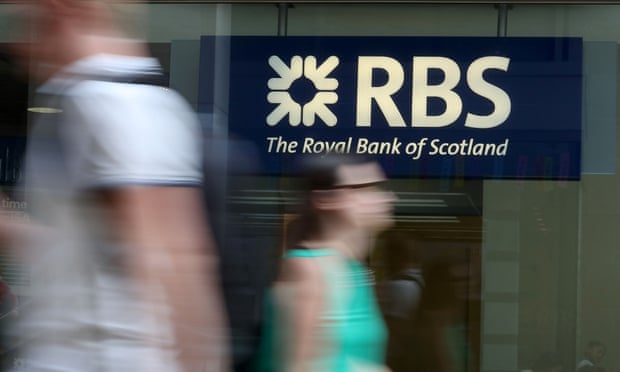 Royal Bank of Scotland said it could not change what form of proof it could accept from Dodds.

A survey published this month by the3million found that only 14% of companies questioned were clear on the new rules for employing EU citizens after free movement ends in December, while one in five would more readily accept a biometric permit as evidence of status over a digital check.

Strict penalties on employers, landlords and banks that fail to verify the immigration status of applicants mean that those unfamiliar with the requirements may err on the side of caution and reject EU nationals.

Research by the Joint Council for the Welfare of Immigrants shows that only three in 150 landlords would be prepared to perform digital checks on prospective tenants.

An EU passport remains valid proof of status until July 2021, but there are concerns about what will happen after that.

Dodds, who is American but qualifies for settled status as the spouse of a Swedish national, later secured a loan from another lender that did not require status verification, but fears for the future when EU passports are no longer valid proof.

RBS apologised after being contacted by the Guardian. “We would like to reassure customers, and prospective customers, that this was an isolated incident. We should not have rejected this application,” a spokesperson said.

Paula Uusnäkki, an EU national, was one of the first to apply for settled status when the scheme was launched in 2018. She received an email confirming her application had been approved, but when she attempted to view her status in June the system had no record of her.

“Fortunately, I discovered this before needing to officially prove my status to a landlord or employer,” she said. 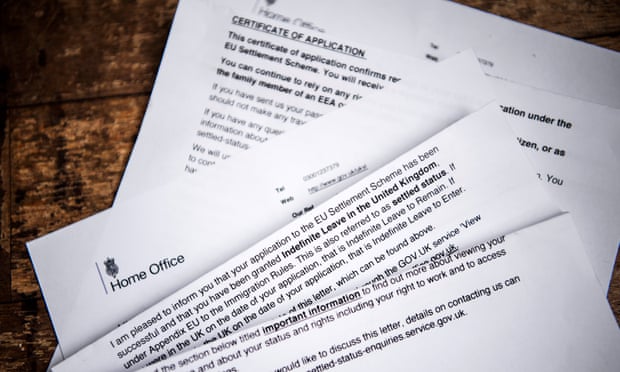 A letter from the Home Office confirming that a person has been granted settled status.

Some have found their access to the online service compromised after updating their passport details or address on the Home Office system.

Gina Fierlafijn, who is Flemish, never received the promised email confirming that her new passport number had been successfully logged. Her status has been updated but she still has to log in using her expired passport number to access it.

“Fortunately I kept a note of it so I do have it for the future,’ she says. ‘This online system seems totally inadequate and I am sure will fail many of us.”

Victor Piris has been locked out of his online status after updating his address last month.

The Spanish national received the email confirmation that the new details had been logged, but since then a message has informed him that his details don’t match Home Office records when he tries to log in.

“This means if I have to prove my rights, I’m unable to do so. What would happen to me if this happens again when the transition period ends?”

The government is refusing to change its stance and issue backup permits, despite its own assessment concluding that a digital only service could disadvantage many users.

The Home Office said its policy was part of a move to digitalise the entire immigration service. “Physical documents expire, become invalid, or can be lost, stolen or tampered with,” a spokesperson said.

“A digital status is more secure and ensures that EU citizens who are granted status in the UK can constantly access and securely share proof of their status. We see no reason why any institution should not accept a migrant’s online information as evidence of immigration status and will be launching an extensive package of communications to ensure individuals, employers, landlords and other third parties are fully aware of the move to digital.”

Settled status: how it works 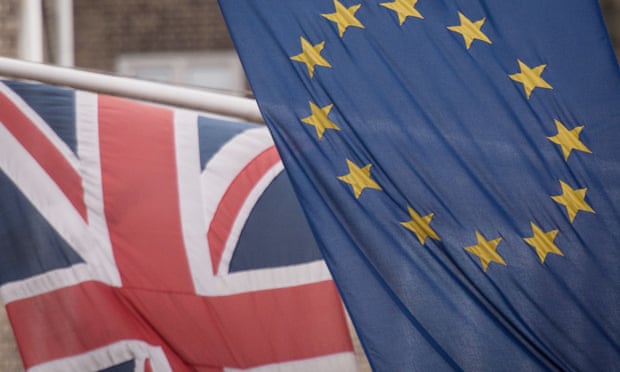 The UK government’s website says the letter you get emailed to confirm your settled or pre-settled status cannot be used as proof of it.

When the Brexit transition process comes to an end on 31 December, people from the EU, EEA or Switzerland who live in the UK will need to apply for settled status to retain their rights to work, use the NHS and claim benefits.

The scheme is open and will remain so until 30 June, but anyone applying must be living in the UK by the end of this year. If you have lived in Britain for a continuous five-year period, subject to a few exceptions, you can qualify for settled status. Otherwise, you will get pre-settled status and apply to change this once you have built up five years’ residency.

The application is free. Once granted you will be able to work and have access to the NHS and claim pensions and other state benefits if you are eligible.

The government’s website is clear that the letter you get emailed to confirm your settled or pre-settled status cannot be used as proof of it. Instead, you can get a share code that you will need to give people, along with your date of birth, so they can go online and see your status.

Citizens Advice’s guidance is that until 1 January you should still be able to use your passport or ID card to prove your right to work, rent or access the NHS.

“If an employer or landlord asks you to prove your settled status before 1 January 2021, this could be discrimination,” its website advises. After that, local councils, landlords and employers should be able to use the digital process to check your status. Hilary Osborne