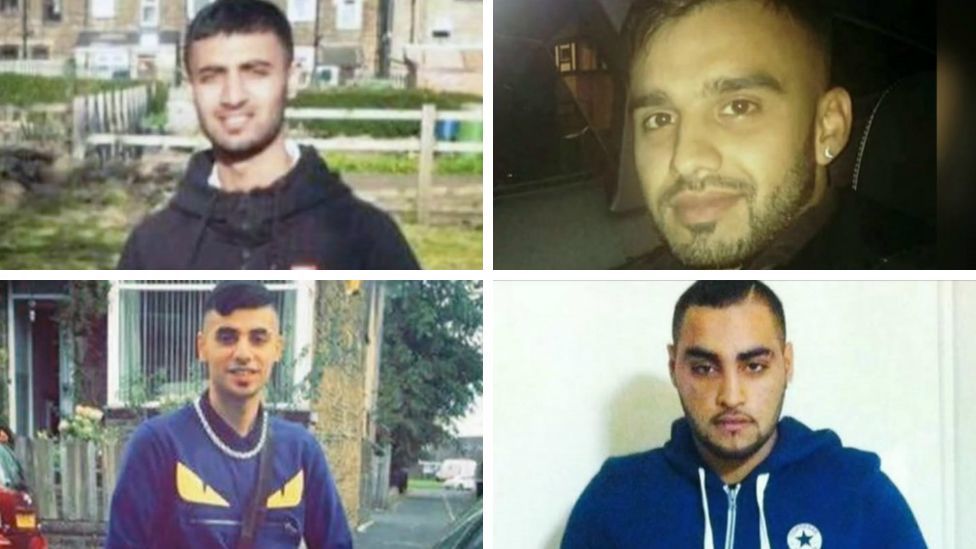 The driver of a car which crashed killing all four occupants was twice the legal drink-drive limit and had taken drugs, an inquest has heard.

Murtza Chaudhry, 21, was driving the BMW, which was also carrying Arbaaz Hussain, 21, Zeeshan Khalid, 20 and Tayyab Siddique, 22, when it hit a tree on Toller Lane, Bradford, in 2018.

The car was being followed by police after it overtook marked and unmarked police cars at speed.

The inquest is due to last five days.

The virtual hearing, led by senior coroner Martin Fleming, heard all four men died of multiple injuries shortly after the collision at about 05:30 BST on 2 August 2018.

PC Robert Hoyle, of West Yorkshire Police, told the inquest he was in the unmarked police vehicle and watching out for a car involved in burglaries in the Wilsden area when the BMW driven by Mr Chaudhry went by.

PC Hoyle said about 65 seconds passed between the car being spotted and the crash occurring.

'Foot to the floor'

When asked by the coroner if the BMW looked to be slowing down at any stage, PC Hoyle responded that "it probably accelerated".

"At one point I was travelling at 100mph and it was still ahead," he said.

Sgt Benjamin Marrow, also in the unmarked car, said they followed the BMW due to the manner it was being driven - crossing the central white line and going the wrong side of a bollard - and it being a similar colour to the car thought to be involved in the Wilsden burglaries.

Asked if the blue lights and siren had an effect on the speed of the BMW, he said: "I would describe it as 'foot to the floor' and [it] kept going to get away as fast as the car would let them." 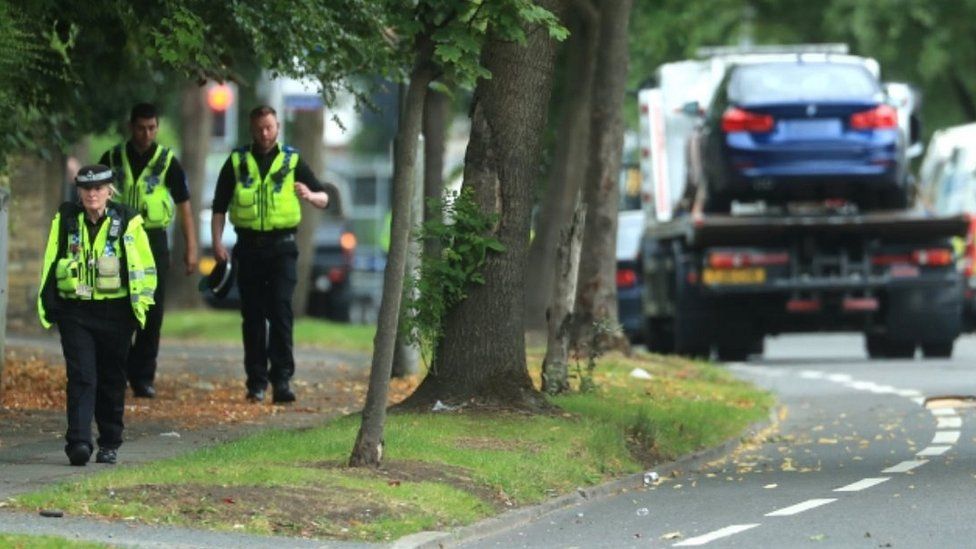 A statement from toxicologist Elizabeth Fox which was read out in court said Mr Chaudhry was found to have consumed alcohol at a level of 176mg per 100ml of blood - with the legal limit being 80mg.

He had also taken cocaine and cannabis, the inquest was told.

Det Sgt Fiona Allen told the hearing that an axe was found in the driver footwell of the BMW and a knuckleduster was on a seat, while a hammer and a second axe were found outside the car.

Mr Chaudhry was disqualified from driving at the time of the crash and was not insured to drive the vehicle, she said.

Asked by the coroner if there was any suggestion the car's occupants had been "engaging in criminality", including the burglaries, prior to the crash, she said: "From the inquiries we made, there was nothing to suggest it was linked."

Statements from the families of those who died were read out earlier in the hearing, with Mr Chaudhry's grandfather calling him "personable and well-mannered".

Mr Hussain's mother said she shared a "special bond" with her son, who she said had a "beautiful heart".

Mr Khalid was described by his mother as having a passion for sport and enjoyed cricket, boxing, tennis and badminton.

Mr Siddique's family said he was "always generous and charitable" and his son was born the January after his death.