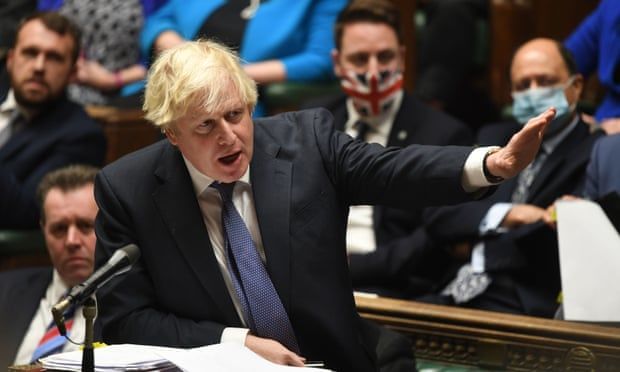 Critics call for planned rule change on outside work to include restricting use of personal companies to avoid tax
Critics have urged Boris Johnson to restrict MPs using personal companies to skirt tax bills under the planned new rules on second jobs, as the Conservative sleaze row continues to dominate Westminster.

Using a personal company to accept payments for consultancy work can provide benefits such as avoiding income tax of up to 45% at source on the earnings, with an investigation by the Times finding multiple MPs were paid in total about £1m via the arrangements.

“This is completely outrageous,” Margaret Hodge, Labour MP and former head of the public accounts committee, told the newspaper. “We, as MPs, determine the tax everyone has to pay and for some in our midst to choose to use personal service companies in this way is particularly scandalous.”

Calls to ban the deployment of personal companies for payments were echoed by Sir Alastair Graham, former chairman of the committee on standards in public life, who said they “should be stopped as soon as possible”.

“MPs should not be avoiding paying the taxes they’ve decided that the rest of the population should pay,” Graham added.

Instead of paying income tax at up to 45%, the personal company will pay corporation tax at 19%. Further tax is then due when owners draw money out of the company, either via income tax or a tax on dividends, the higher rate of which is 32.5%.

The demands came after the deputy prime minister, Dominic Raab, said on Thursday that MPs will face second-job caps on either hours or pay in new plans. MPs voted on Wednesday for the Commons standards committee to review the regulations that currently bind MPs – and make recommendations to MPs’ code of conduct – by the end of January.

The revelations on personal companies arrive after dark clouds have circled the Conservative party for weeks over MPs’ outside financial interests.

The sleaze scandal has engulfed Johnson’s agenda, with the prime minister admitting “on a clear road I crashed the car into a ditch” over the Owen Paterson case.

Paterson resigned as an MP this month over what was found to be an “egregious” breach of lobbying rules.