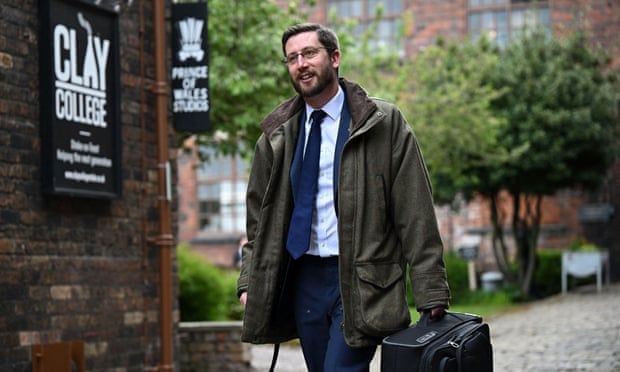 Boris Johnson to sacrifice top official over Partygate to save himself

Civil service head will carry the can, amid row over claims that No 10 tried to interfere with Sue Gray’s findings

Boris Johnson is expected to scapegoat the head of the civil service Simon Case this week in a desperate effort to save his own job, as both men face stinging criticism in a report into lockdown-breaking parties in Downing Street.

The long-awaited findings of the senior mandarin Sue Gray will, according to several sources, lay particular blame on Case, the UK’s most senior civil servant, for allowing a drinking culture to develop in which rule-breaking parties became commonplace during lockdowns.

One senior Whitehall figure who has seen sections of the report said it could also prove more damaging for Johnson than the fine he was given in April for attending his own birthday party, because it will make clear the PM’s involvement in several other events which may have breached rules, but for which he was not fined.

“From my expectation of what I know it will be the real deal. There will be detail. There will be evidence. She is going to say this is under your watch, this is your house, all that kind of stuff,” the source said.

Senior officials are braced for Case to be so heavily criticised that he will have to offer his resignation, or be sacked by Johnson, in order for Johnson to be able to say he has acted decisively and learned lessons.

“That is probably why he [Case] is still there [and not moved from his post already],” said one source. “Because Johnson needs a body.” If Case were to be lose his job, however, it would mean that a civil servant who has not been fined would have lost his job, while the prime minister, who has been fined, keeps his.

A friend of Gray who has worked at a high level with her in the civil service said the report would make “gruesome” reading for both the prime minister and his most senior civil servants and that Gray was in no mood to be forced into watering down her findings.

The friend said that before the Johnson era, the only party that was ever held among staff in Downing Street was the annual Christmas one. “We didn’t have karaoke machines and suitcases to bring in drink in those days. I think it will be very difficult for Simon Case.” 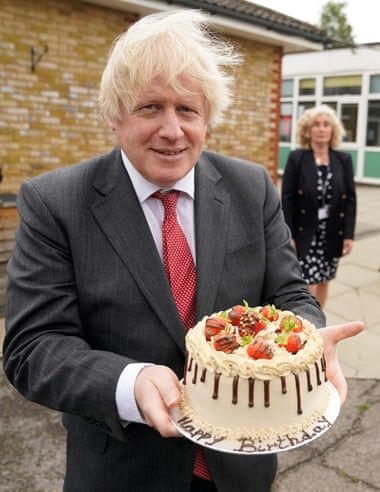 Sections of the report may prove more damaging for the PM than the fine he was given for attending his own birthday party, according to a senior Whitehall figure.

Gray was appointed to take over the investigation into parties last December from Case himself, after he was revealed to have hosted an event in his own office on 17 December 2020, for which invitations were sent out saying “Christmas Party!” A government spokesman said at the time that officials in Case’s office took part in a “virtual quiz”.

It is expected that Johnson and Case, along with about a dozen other officials, will be named by Gray.

While it is not expected that she will reveal a new “smoking gun” detail or photograph that will on its own inflict terminal damage on the PM, the overall impression of those with knowledge of the report is that its criticism of leadership failings at the very top will be hard to survive without someone senior falling on their sword.

Another source with knowledge of Gray’s thinking said: “Sue is in a very good place to give judgments. She has worked at the heart of government for a very long time. I think there is a genuine question.

“What the hell was it about this time and this place that all this was allowed to go on? She has worked with any number of prime ministers so I think it will be an element of ‘What was that? Was it a broader culture?’”

He added: “What has been said to me is no one is going to come out of this looking good. So there will be damage for Johnson. In many ways it could be more damaging for him than the fine because the fine was for a relatively minor thing [his birthday party] that people were surprised he got fined for. So he was able to excuse himself.

“Whereas what is actually going to come out in Sue’s report is detail of some of the other incidents which perhaps are more difficult for him to explain. So even though he wasn’t fined for them the detail that comes out won’t look good.”

Gray has contacted about two dozen people who she intends to identify, either directly or indirectly, over their involvement in events at Downing Street. They have until the end of Sunday to respond, and many are said to be fighting to maintain their anonymity. “There is a huge issue around publicity and anonymity,” said one insider.

When Gray has considered these late representations she will take them into account before submitting her report to Downing Street. Johnson has promised to publish it in full and without delay. Publication is now expected this week, along with a statement to the Commons by Johnson.

The prime minister was under pressure on Saturday to explain a recent meeting he held with Gray. It has led to claims that No 10 had tried to interfere and water down her findings.

It is understood Gray and Johnson met earlier this month, although a Whitehall source said the report’s contents were not discussed at any point. Downing Street said that the meeting had taken place at Gray’s request, although accounts differed yesterday.

Angela Rayner, Labour’s deputy leader, called on the PM to “urgently explain” why the “secret meeting” had taken place. She said public confidence in the process had already been damaged.

“Boris Johnson must urgently explain why he held a secret meeting with Sue Gray to discuss her report despite claiming her investigation was completely independent,” she said. “Public confidence in the process is already depleted, and people deserve to know the truth.

“This is a prime minister incapable of taking responsibility for the rotten culture he has created in Downing Street or of doing the decent thing. The Sue Gray report must be published in full and with all accompanying evidence.”

Liberal Democrat MP Christine Jardine also called on the PM to throw light on the meeting. “Any whiff of a stitch-up would make an absolute mockery of the report,” she said.