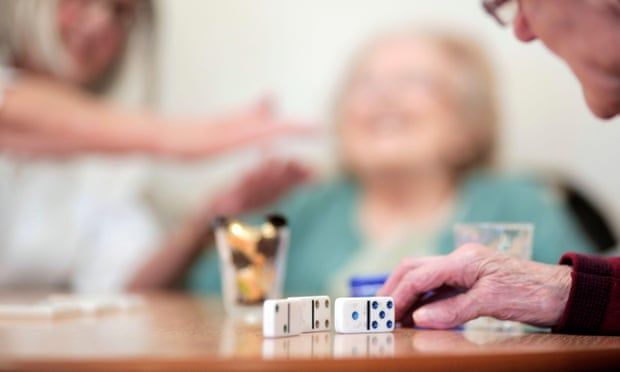 Holdup comes as latest negotiations flounder with the three key players self-isolating
Boris Johnson has delayed plans for a tax rise to fix the crumbling social care system until the autumn, amid worries about the proposal from within his own party.

The prime minister had hoped to be able to make the announcement before recess on Thursday but it was put off once again after details of the funding mechanism could not be agreed in time.

The Guardian revealed on Monday that talks were focused on a potential 1p increase in national insurance contributions, potentially branded as a social care levy or premium.

However, talks were complicated by the fact that Johnson and Rishi Sunak, the chancellor, have been forced to isolate after Sajid Javid, the health secretary, contracted Covid.

Some Conservative MPs are already deeply worried about the prospect of a rise in nationalinsurance hurting working people, especially in red wall seats won in 2019, and the prospect of breaking an electoral promise not to raise the levy. One backbench Tory MP said the prime minister would “probably get it through but I am worried about losing the trust of many of our new voters”.

Negotiations had been taking place over recent days in the hope of getting agreement between Johnson, Sunak and Javid about how a cap on lifetime costs could be funded. A government source described the plans as “well progressed”, but said it had not been possible for them to be signed off in the available time before parliament’s summer recess. “Obviously having the three of them off hasn’t helped,” the source said.

In a further unanticipated blow, Sunak has also been forced to delay the launch of the Treasury’s spending review process due to the chancellor and the prime minister’s need to self-isolate.

Sunak had been due to kickstart the process this week before parliament breaks up for the summer recess. However, sources said the key mechanism for setting out the government’s spending priorities would be pushed back until later this year.

Treasury sources said preparatory work for the review had already begun and would continue over the summer. It is expected that a formal launch – including details for how much overall government spending will rise by in the next financial year – will be announced after MPs return in September.

Critics had already rounded on the idea of a national insurance rise, warning that it would be unfair to younger workers.

Torsten Bell, the director of the Resolution Foundation thinktank, called it “a turkey of a way” to raise the necessary funds. “It’s a tax disproportionately loaded on to younger people and lower-paid workers (compared with a fairer rise in income tax) who have borne the brunt of this recession,” he said.

As when Gordon Brown used national insurance to fund an increase in NHS funding, it might be viewed as more politically palatable than an income tax rise.

However, national insurance affects lower-paid workers – kicking in at £9,568 a year, as opposed to £12,570 for income tax. It is not paid by those over state pension age, unlike income tax. And it is not levied on other forms of income, such as dividends.

Ryan Shorthouse, chief executive of the Conservative thinktank Bright Blue, told the Guardian’s Politics Weekly podcast there was a “compelling case” for an injection of extra funding into the creaking system – but questioned the wisdom of a national insurance increase.

He suggested a levy on a family’s estate after death would be a fairer way of meeting the costs. Pointing out that the over-65s no longer pay national insurance, – unlike income tax – he said: “A lot of people who need and benefit from this extra social care funding will not be paying for it.”

Former Conservative chief secretary to the Treasury David Gauke, also speaking on Politics Weekly, described national insurance as a “complete con” because it is not really hypothecated to pay for the NHS, as was originally conceived – though it is likely to be seen as easier to sell politically.

“In many ways it’s just like income tax, except it’s got a different base, it’s collected in a different way, and people don’t think it’s like income tax – so governments of all colours tend to find it a politically easier way to raise revenue,” he said.

Liz Kendall, shadow minister for social care, said: “After more than a decade in power – and two years after the prime minister made a clear promise on the steps of Downing Street, we are still no closer to seeing a plan to ‘fix the crisis in social care’.”
#Covid  #Boris Johnson  #Johnson
Add Comment