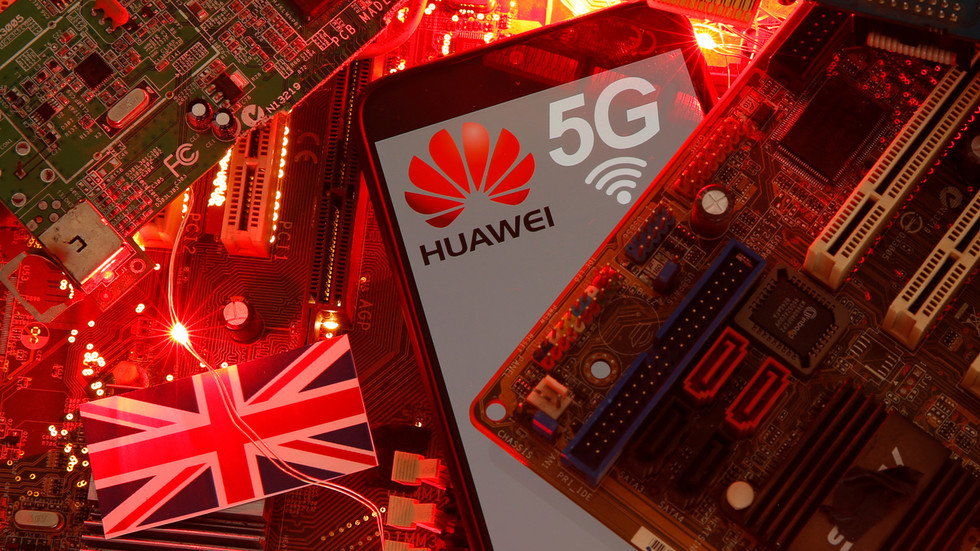 The UK government is set to terminate Chinese telecom Huawei from the country’s 5G network over the next three years, according to British media, with PM Boris Johnson facing intense pressure from Washington – and his own party.
Johnson has instructed officials to devise a plan that would see Huawei completely phased out of the UK 5G network by 2023, the Telegraph reported on Friday. The move marks a sudden about-face for the PM, who previously backed the company’s involvement in the network.

During a House of Commons session on Thursday, Johnson signaled a coming change to UK policy on the Chinese firm, telling Conservative MP Richard Drax that he is “absolutely right” to be concerned about Huawei and the “buying up of UK technology by countries that ... may have ulterior motives.”

Though the UK government previously labeled Huawei a “high risk vendor” over fears it would carry out spying for Beijing, Johnson approved the company’s participation in the network earlier this year with support from British intelligence agencies. The decision was bemoaned in Washington – a vocal critic of both China and Huawei – with US officials warning the company would steal state secrets “wholesale.” US President Donald Trump also weighed in, even threatening to restrict the UK’s access to intelligence shared between the Five Eyes nations. But despite the pressure campaign, London decided to cap Huawei’s network share at 35 percent, allowing for a limited role.

Huawei, for its part, has repeatedly rejected allegations that it takes marching orders from Beijing, arguing the US seeks to squeeze it out of the international market to insulate American telecoms from competition. “What is the real fear?” the company’s chief security officer John Suffolk asked last year. “Is it because it’s China, or because [our] technology is better?”

Johnson’s plan has faced opposition much closer to home as well, with a growing number of Conservative MPs breaking ranks with the prime minister and taking up an increasingly hostile stance toward Beijing. Adopting similar rhetoric to their Republican counterparts in the US, the rebel Tories have blamed the Chinese government for the Covid-19 pandemic while calling for a complete expulsion of Huawei from the UK network.

In March, Tory MP Iain Duncan Smith introduced an amendment seeking to force Johnson’s hand on the Huawei issue, calling on the government to slash the company’s UK market share to zero by 2022. While the proposal ultimately lost out by 13 votes, Smith’s amendment was backed by 37 other Conservative lawmakers, who have since continued to push back against any involvement for the Chinese telecom – apparently with some success.
Add Comment