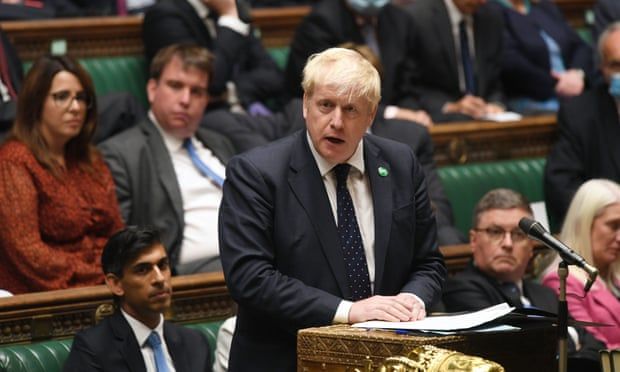 If Boris Johnson thought his 12-minute statement to parliament on Tuesday made good on his two-year-old promise to “fix the crisis in social care once and for all”, few in the care sector agreed.

Yes, the prime minister was radical, in contrast with the inaction of successive governments, when he more than quadrupled the means test threshold for social care recipients to £100,000.

And plans for £36bn to be raised in three years from new taxes, shared between the NHS and social care, provided hope. Plus here was a substantive statement on reforming social care, something that veterans in the sector have awaited for decades.

But in supporting documents published by the government was the reality of the deal Johnson was so far offering: £1.8bn a year extra for social care instead of the more than £6bn extra that the Health Foundation thinktank calculates will be needed by the end of this decade just to keep up with demand. Improving services in the often threadbare social care sector could cost an extra £14bn a year.

The deal “falls well short”, said Vic Rayner, chief executive of the National Care Forum, although she had the feeling there is “everything to play for”. She said the newest offer did nothing to fix a real-time crisis with staff leaving the sector at levels previously unseen.

Silver Voices, which represents older people, labelled it “an unambitious and meagre response”. The Royal College of Nursing said ministers “continue to bury their heads in the sand” about the staffing crisis. The union was among many pointing out the absurdity that already underpaid care staff will be among those losing money because of the levy, which is partly intended to improve staffing. 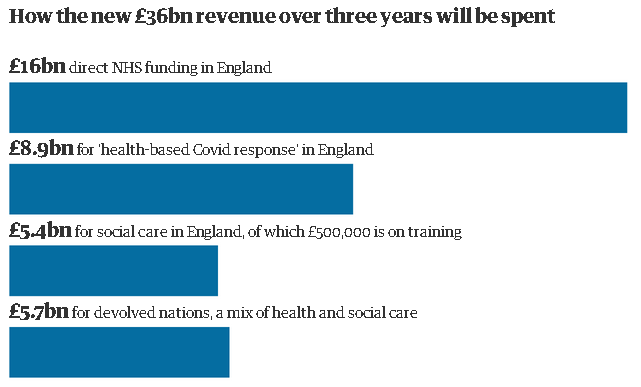 It is understood that of the £5.4bn for social care over three years, £2.5bn could be used to fund the new higher means test threshold and £86,000 ceiling on lifetime costs.

That leaves about £1bn a year to improve services including investing in the workforce and training, and starting closer integration of the system with the NHS – something that has been widely welcomed. This amount of money isn’t a game changer. Health analysts say similar amounts of extra funding have been awarded to social care fairly routinely in recent years.

The NHS, which has a longer track record at the negotiating table, did better though it still needs more to clear its elective surgery backlog, the Health Foundation said. In England, the NHS is expected to benefit from about £25bn from the levy over the next three years.

And yet there is hope for those who want a better future for elderly people and working-age disabled people for whom social care is essential to leading fulfilled lives. The forthcoming spending review will provide a new settlement for councils, key funders of social care, that could offset Tuesday’s disappointment. And the acknowledgment – and earmarking of some funds – to tackle pay, training and service quality is better than the years of silence on social care reform that has frustrated many.

“At last, there’s some hope for a better future,” said Caroline Abrahams, director of Age UK. The Association of Directors of Adult Social Services said that after 25 years of waiting, the announcement was “a significant step forward”. They feel the door is at last ajar for negotiation, which is something that may not have happened had the pandemic not hit care homes so hard.