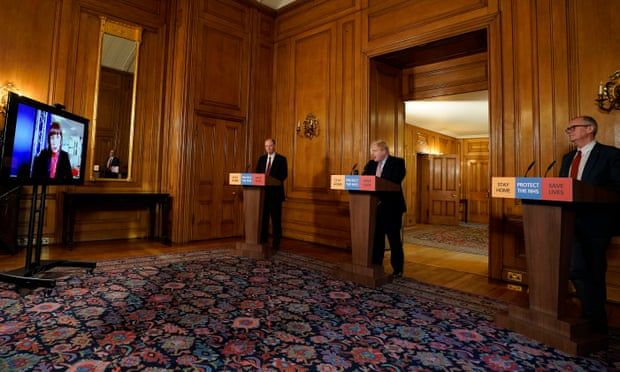 Boris Johnson’s claim that a lack of knowledge about the asymptomatic transmission of Covid-19 put care homes at risk has been further undermined after it emerged he openly discussed the potential scale of symptom-free transmission.

The prime minister has already been accused of misleading parliament over the claim. He made it last week after the high court ruled that the government had acted unlawfully in ordering the discharge of patients to care homes without testing in the spring of 2020. Johnson told the House of Commons: “What we didn’t know in particular was that Covid could be transmitted asymptomatically.”

However, the prime minister commented on papers examining the issue at a Covid press conference on 25 March – several weeks before rules were altered to ensure that all patients were tested before they were admitted to a care home.

At the press conference, he asked chief scientific adviser Patrick Vallance about reports that many people could have the disease without symptoms. “Patrick, on the numbers of people who have the disease asymptomatically, there was a study I saw quoted from some Oxford academics saying that as many as 50% may have had it asymptomatically,” he said. “How do you evaluate that at this stage?”

Vallance said studies in China and Italy had pointed to asymptomatic cases but the role of those cases at a population-wide level was unknown. He also said that new antibody tests would “be able to work out how many people have had the disease asymptomatically, and that’s going to be important to understand what to do next”. He added: “These tests are crucially important. We need more of them.”

Care homes emerged as a major casualty in the first Covid wave. In mid-March 2020, NHS England had told hospitals to “urgently discharge” patients to help free 15,000 beds. Compulsory tests were not introduced for discharged patients until 15 April. About 25,000 patients were discharged to care homes in the intervening period. 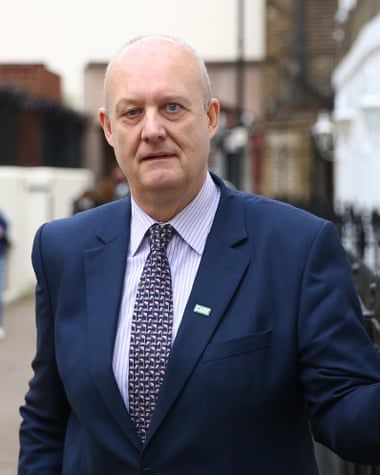 Last week’s high court judgment listed several occasions in early 2020 when the risk of asymptomatic transmission was raised by scientists and ministers. A submission from the government’s own lawyers stated that “there can be no doubt that [the government] understood that it was possible that asymptomatic people could bring the virus into care homes”. A government spokesman responded to the findings by stating the court “recognised this was a very difficult decision at the start of the pandemic, evidence on asymptomatic transmission was uncertain”.

Martin Green, chief executive of Care England, said that even if there was not proof of asymptomatic transmission, ministers should have erred on the side of caution, as the risks were known. “The Sage government advisory committee had identified the issue of asymptomatic transmissions in early 2020, but if there was any doubt about issues relating to transmission pathways then this should have led to a clear directive that no one should be transferred between any health and care settings without a Covid test.”

Johnson also acknowledged, in a press conference on 18 March, the problems the virus posed. “The thing about this disease, it’s an invisible enemy and we don’t know who’s transmitting it, but the great thing about having a test to see whether you’ve had it or not is suddenly a green light goes on above your head.”

If he did not understand that meant people without obvious symptoms might be among those transmitting the virus, other people were on hand to point it out. Lord Bethell, then a junior health minister, was explicit about this during a Lords debate on 9 March 2020 about the government’s first Covid regulations, which created the power to keep people in isolation if they posed a risk. He told members: “Large numbers of people are infected and infectious but completely asymptomatic and never go near a test kit.”

At that point, the public was told that the incubation period for Covid could be as long as 14 days, and most people did not develop symptoms until about three to five days after . There was no proof at that stage how Covid was transmitted, – prompting advice about handwashing rather than mask-wearing – but the high level of infectiousness and the possibility of asymptomatic transmission were being actively discussed by scientists and commentators.

The Imperial College report that was so influential to the government’s initial response to the virus – and which led to the widespread antipathy among lockdown sceptics towards its chief author, Professor Neil Ferguson – stated that they assumed “symptomatic individuals are 50% more infectious than asymptomatic individuals”.

A government spokesperson said was “being clear about the understanding of the virus changing over time and that it changed significantly day by day, particularly at the start of the pandemic”. They said the “vast majority” of last week’s court judgment found in the government’s favour and that evidence on asymptomatic transmission was “extremely uncertain”.

They added: “Our thoughts are with all those who lost loved ones during the pandemic. Throughout the pandemic,our aim has been to protect the public from the threat to life and health posed by Covid-19 and we specifically sought to safeguard care home residents based on the best information at the time.”