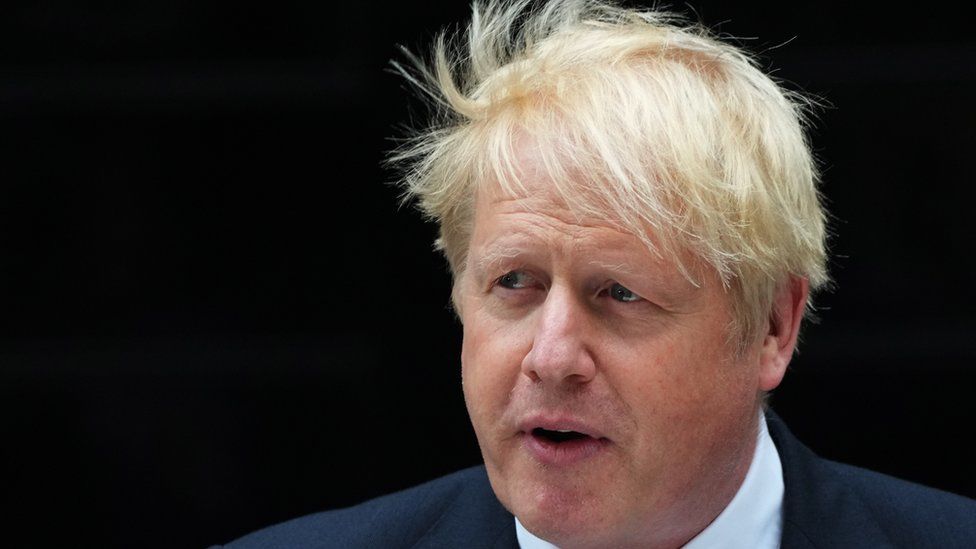 Boris Johnson has promised his cabinet he will not use his remaining time as prime minister to make "major changes of direction".

The PM has caved in to pressure from ministers to quit as Tory leader but wants to stay in No 10 until the party chooses who should replace him.

His collapse in support has prompted some Tories to urge him to go now.

But a newly-promoted cabinet minister says Mr Johnson has agreed to carry on as a "caretaker" prime minister.

An official timetable for a Tory leadership race is expected to be confirmed next week, with potential contenders already jockeying for position.

There is no set duration for such a contest, but a new leader, who will also become the prime minister, is expected by September.

Attorney General Suella Braverman and backbench MP Tom Tugendhat are the only Tory MPs to confirm they will stand so far, but more declarations are expected in the coming days.

Launching his bid with an article for the Daily Telegraph, Mr Tugendhat promised tax cuts and "new energy and ideas" for government.

The BBC has been told former health secretary Sajid Javid and Transport Secretary Grant Shapps, who were part of the cabinet revolt against Mr Johnson, are considering leadership bids.

Former Brexit secretary Steve Baker has said he is "seriously" considering running - but former levelling up secretary Michael Gove and deputy PM Dominic Raab have ruled themselves out.

Former PM Sir John Major is among Tories suggesting Mr Johnson should quit as PM immediately, arguing it would be "unwise" for him to stay until he is replaced.

Sir John has suggested to party bosses the leadership contest should be speeded up, or if not deputy PM Dominic Raab should become caretaker PM.

Labour has also threatened to try and unseat Mr Johnson immediately through a parliamentary vote of no confidence, although this would need considerable support among Tories to succeed.

At a cabinet meeting earlier, Mr Johnson told ministers he would not seek to implement "major changes of direction" or take "major fiscal decisions," according to Downing Street.

"I don't expect you will be browbeaten by No 10 to do radical or strange new policies," he told them, but he added there was "no excuse to take your foot off the pedal".

Mr Johnson joked that the team around the table, which included several new faces to fill posts vacated by recent resignations, was his "best cabinet ever".

"That is very, very clear. And that is what cabinet established clearly today," he added. 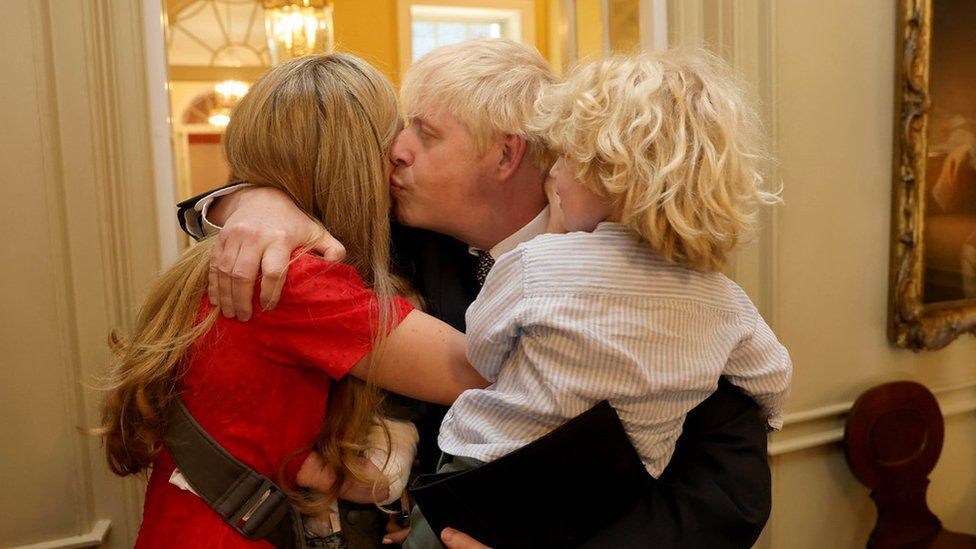 He initially tried to resist calls to quit by replacing ministers who abandoned him, until it became clear that he had lost the confidence of his party and could not continue.

It was the latest row to engulf his premiership in recent months, with his authority among Tory MPs eroded after a series of scandals including his Partygate fine, and a row over whether he misled Parliament over lockdown parties in No 10.

Making his resignation speech earlier, Mr Johnson justified his initial decision to cling to power by saying he felt obliged to deliver on his "incredible mandate" from the 2019 election.

He blamed his departure on the "herd instinct" at Westminster, and said it would be "painful" not to deliver on "so many ideas and projects".

He cited taking the UK out of the EU and the government's Covid vaccine programme as among his achievements in office.

Addressing the Ukrainian people, he said: "We in the UK will continue to back your fight for freedom for as long as it takes."

Mr Johnson has also spoken to President Zelensky of Ukraine, reassuring him his successor would remain as committed to Ukraine as he said he had been.

Can Boris Johnson really stay in office until the autumn? I think the answer this afternoon is maybe.

Some MPs really don't want it to happen. They are furious at what has happened in the last few days and feel there is too much bad blood. They are looking at what they can do to hasten the departure.

But not everyone feels that way - and even among the prime minister's staunchest critics there is a sense that it would be too hard to remove him. Senior figures who are preparing to back leadership bids in the next few days say a bit time to discuss ideas and policy might not be a bad thing.

The plan at the moment is to whittle a long list of candidates down to two in the next fortnight, with a leadership contest then taking place over the summer break. A new PM could then be put into office in September. Some MPs I've spoken to who are hardly fans of the PM are prepared to accept that.

It's also not clear how the PM would be removed early. Would the Conservative Party still have the thirst for a coup, just to get rid of Mr Johnson a few weeks early?

I think the prime minister telling cabinet that he will back off major policy changes will calm some nerves. 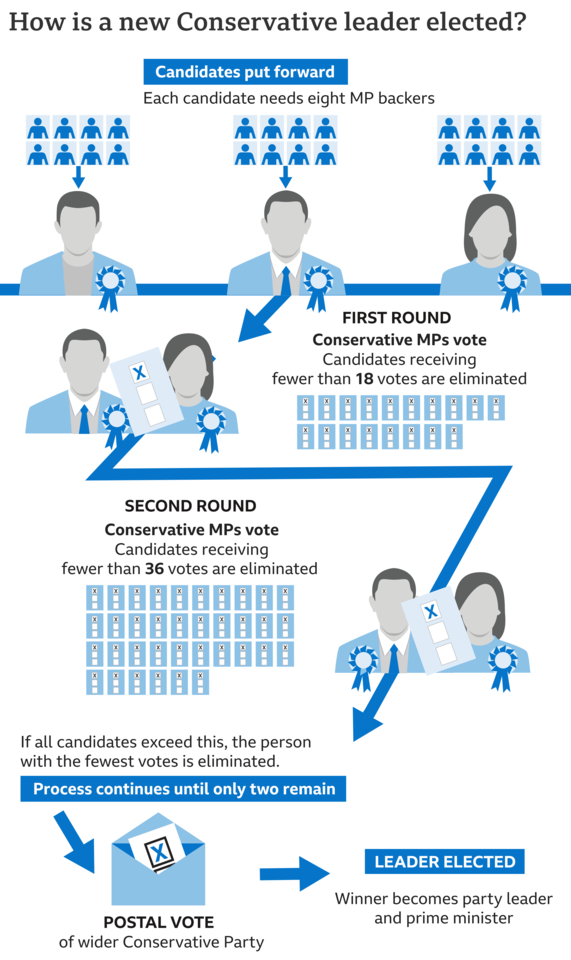