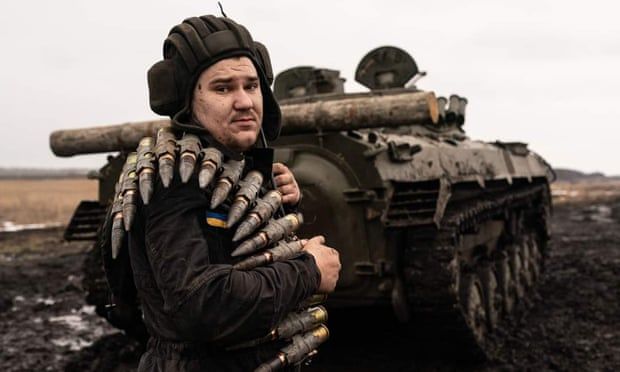 No 10 does not say which world leaders prime minister hopes to talk to in efforts to end Ukraine crisis
Boris Johnson plans to hold further talks with world leaders as they work to bring Russia “back from the brink” of war with Ukraine as the crisis enters a “critical juncture”.

The prime minister will continue with diplomatic efforts this week despite No 10 assessing that all information suggests Moscow could be planning an invasion “at any moment”.

He is understood to be receiving daily intelligence briefings from security chiefs on the increasing buildup of Russian forces and will travel to Europe towards the end of the week.

No 10 did not set out which world leaders Johnson was hoping to talk to or where he plans to travel, but it was understood he is keen to engage with Nordic and Baltic countries.

The defence secretary, Ben Wallace, will head to Brussels for a meeting of Nato defence ministers this week to discuss their response to the crisis.

Johnson was also said to be working with allies to provide further defensive and economic support to Kyiv, with an announcement touted for the coming days.

A Downing Street spokesperson said: “The crisis on Ukraine’s border has reached a critical juncture. All the information we have suggests Russia could be planning an invasion of Ukraine at any moment. This would have disastrous consequences for both Ukraine and Russia.

“There is still a window of opportunity for de-escalation and diplomacy, and the prime minister will continue to work tirelessly alongside our allies to get Russia to step back from the brink.”

The crucial phase in trying to de-escalate the Ukraine crisis comes at a difficult time for Johnson domestically, with critics saying he is distracted by the police investigation centred on Downing Street.

The prime minister this week must answer a legal questionnaire sent to him by officers investigating allegations of lockdown-breaching parties, which could ultimately see him being fined if he is found to have broken the law.

That outcome would inevitably lead to even more widespread calls for his resignation, and Tories pressuring for a vote of no confidence which could unseat Johnson as prime minister.
#Boris Johnson  #Johnson
Add Comment