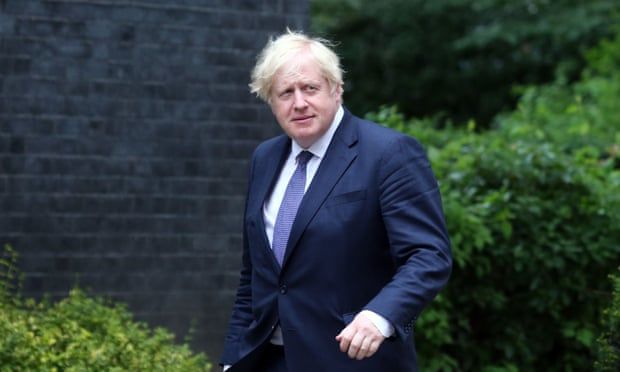 Academic was asked to be available at short notice ‘when Johnson found space in his diary’, but turned the project down

One of the UK’s most eminent Shakespeare scholars has revealed that they were approached by a representative of Boris Johnson to help him write his very delayed biography of the Bard.

The book, titled Shakespeare: The Riddle of Genius, and Johnson’s failure to finish it, recently made its way back into the news after Downing Street was forced to deny rumours that the prime minister had missed important Cobra meetings during the pandemic in order to work on the manuscript.

In mid-2015 Johnson, who was then the London mayor, signed a deal with Hodder & Stoughton to write the book for a reported £500,000. Publication has been repeatedly pushed back, with Johnson saying in 2019 that being PM meant “that I won’t be able to rapidly complete a book on Shakespeare that I have in preparation. I honestly say that will grieve me.” 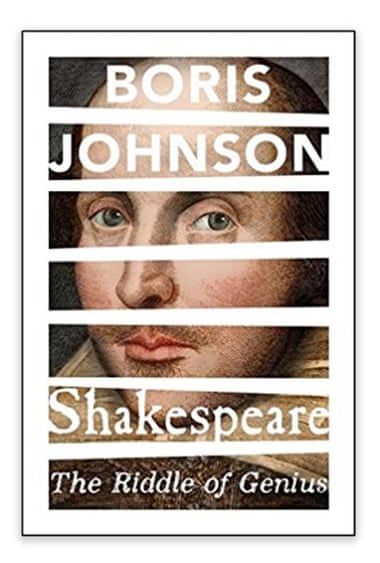 The US cover for Boris Johnson’s Shakespeare: The Riddle of Genius.

The Shakespeare academic, who did not wish to be named, said they were contacted by an agent acting for Johnson in late 2015 and asked to attend briefing meetings with him, where the academic would “supply Mr Johnson (and a dictaphone) with answers to questions about Shakespeare”.

They were told Johnson had used the same method – of recording extensive sessions with an academic dictating, then rewording the responses – to complete his bestselling 2014 biography of Winston Churchill, The Churchill Factor.

“The originality and brilliance, his agent assured me, would lie in Mr Johnson’s choice of questions to ask and in the inimitable way in which he would write up the expert answers he received,” said the Shakespearean, who went on to decline the opportunity.

According to a recent report in The Fence’s newsletter, historian Warren Dockter “acted as a sort of guide through the literature and evidence” for The Churchill Factor, but Johnson, a former journalist, was credited with having done “all the heavy lifting”. Johnson reportedly recorded himself “extemporising on scenes from Churchill’s life” early in the morning, sending draft chapters to Dockter by 5am for “fact-checking and review”. Dockter, who has been described as Johnson’s “research assistant” and assembled the book’s bibliography, is not credited in the book, but is thanked in the acknowledgments.

The leading Shakespearean said they had not been tempted to take on a similar role for Johnson’s tome on the Bard. “For one thing, the agent suggested that I would need to be perpetually available at short notice to come to meet Mr Johnson at points when he found space in his diary. The fact that I already have a full-time job and that I do it a long way from Westminster didn’t seem to have occurred to them,” they said.

Johnson’s politics did not help matters. “At the time Mr Johnson hadn’t yet betrayed his continent by choosing to advocate the UK’s departure from the EU for his own personal advantage, so he wasn’t quite as politically toxic as he is now; but I assumed he would be trying to enlist Shakespeare as a Tory nationalist, so the idea didn’t much appeal,” said the academic. “I suppose I might imaginably have tried one briefing out of curiosity, if the money had been huge, but even that wouldn’t have been very practicable.”

The Guardian approached a number of leading Shakespeareans this week to see if they had also been approached by Johnson or his representatives to work on the book. Most had not been contacted, but were somewhat scathing about the project’s prospects.

“Rather to my disappointment, I haven’t heard anything about this, directly or indirectly. Not stonewalling: I should be absolutely delighted to help puncture BJ’s undeserved reputation as a thinker,” said a second Shakespeare academic.

A third said that consulting with scholars was “a legitimate enough way of writing”, but hoped that Johnson “would acknowledge the assistance he got”.

“My feeling is that he’s got a perfect right to write a book about Shakespeare, and I feel that Johnson’s book shouldn’t be judged before it comes. But at the same time, it does sound from the rumours as if it’s going to be ghostwritten to a rather high extent,” they said.

Jonathan Bate, author of the biography The Genius of Shakespeare, had advice for Johnson: “Don’t waste everyone’s time with a sub-par biography based on secondhand research – write a more personal book about what Shakespeare has taught you about the important things in your life such as sex, ambition and betrayal. He has a lot to say about those great themes.”

Johnson’s book is now listed as due for publication in March 2022 by its US publisher Riverhead, although UK publisher said in 2019 that it has no plans to publish the book “for the foreseeable future”.

In a statement, a Hodder & Stoughton spokesperson said: “After the success of Boris Johnson’s The Churchill Factor, Hodder & Stoughton contracted him to write a book about Shakespeare, originally planning to tie in with the Shakespeare anniversary in 2016. When Boris Johnson became foreign secretary we agreed that we would delay publication until a more suitable time, and we have not scheduled the book to be released in the foreseeable future.”