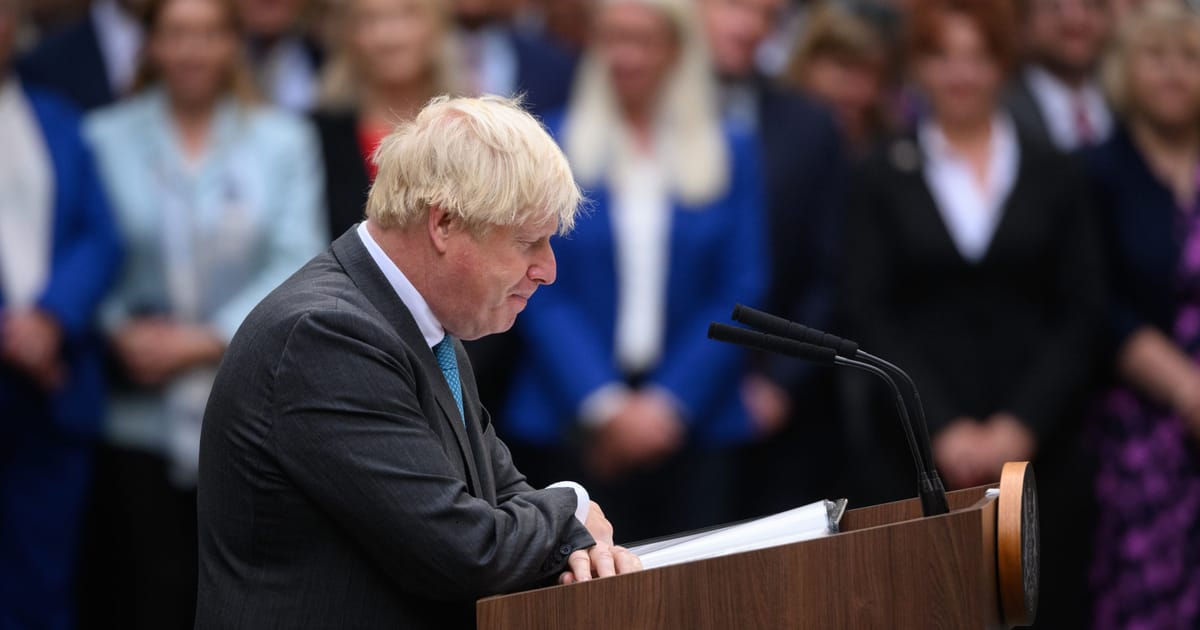 Johnson — who left office this week — said in a statement that it was the “saddest day” for the U.K. because the queen’s “bright and shining light” had “finally gone out.”

Queen Elizabeth II died in her holiday home in Balmoral, Scotland on Thursday at the age of 96 and after more than 70 years on the throne. She is succeeded by her eldest son Charles, who now becomes King Charles III.

Johnson saw the queen just two days before, when he resigned as prime minister and was replaced by Liz Truss, who gave her own tribute to the queen on the rain-soaked steps of Downing Street Thursday night.

He said that in the hearts of all Britons “there is an ache at the passing of our queen, a deep and personal sense of loss — far more intense, perhaps, than we expected.”

“She seemed so timeless and so wonderful that I am afraid we had come to believe, like children, that she would just go on and on,” Johnson said.

The queen, Johnson said, “selflessly and calmly” embodied the “continuity and unity of our country.”

“This is our country’s saddest day because she had a unique and simple power to make us happy,” he said. “That is why we loved her. That is why we grieve for Elizabeth the Great, the longest serving and in many ways the finest monarch in our history.”

Johnson’s predecessor Theresa May said the queen had devoted herself “unreservedly to a life of service,” and was “respected and admired not only by her own people but far beyond our family of nations.”

The former Conservative leader added: “As our longest reigning monarch, Her Majesty witnessed tremendous change, moving adroitly with the times but always providing stability and reassurance. She was our constant throughout this great Elizabethan era.”

Fellow Tory David Cameron, in office between 2010 and 2016, said: “No matter how prepared one could be for this day, there are no words that can adequately express the sense of loss our nation will feel.” The queen, he said, had “been the constant in all our lives over the past 70 years. As our longest-serving monarch. her remarkable reign has lasted, for most people, our entire lives — we know nothing else.”

John Major, Conservative prime minister for much of the 1990s, told BBC News: “It’s very hard to take it in that that radiant smile, which lights up a room and lights up a country, is just not going to be … there anymore.” There would, he predicted, be “many tears shed tonight and over the next few days for her majesty the queen.”

Tributes came in too from the surviving Labour prime ministers who served the queen during her seven-decade reign.

Gordon Brown, the U.K.’s leader from 2007 to 2010, said that the “United Kingdom, the Commonwealth, and the entire world are joined together in mourning this evening.” Elizabeth II, he said, had “served this country to the last.”

Tony Blair, who served for 13 years as British prime minister, said: “We have lost not just our monarch but the matriarch of our nation, the figure who more than any other brought our country together, kept us in touch with our better nature, personified everything which makes us proud to be British. “
#Boris Johnson  #Johnson
Add Comment