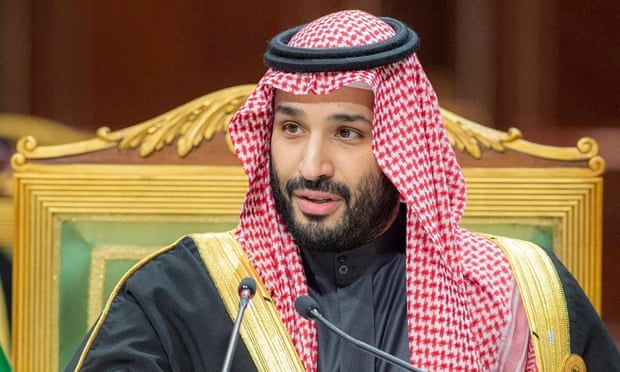 Labour leader warns about replacing dependence on Russia with reliance on Saudis, as PM prepares for Gulf visit
Keir Starmer has accused Boris Johnson of “going cap in hand from dictator to dictator,” as the prime minister prepares to fly to Saudi Arabia to seek alternatives to Russian oil supplies.

Johnson has a personal relationship with the Saudi leader, Mohammed bin Salman, and government sources suggest he could help persuade the Saudis to increase oil production. The prime minister defended the trip on Tuesday, saying he had to build a coalition of countries to help the west reduce its dependence on Vladimir Putin, likening the Russian leader to a drug dealer who had got the west hooked on his hydrocarbons.

The investment minister, Gerald Grimstone, will join the trip in an attempt to secure more investment in green technology in the UK.

But concern in Britain and elsewhere about the Saudis’ record on human rights has intensified after Riyadh executed 81 men last weekend. Prince Mohammed is believed by US intelligence to have ordered the murder of the journalist Jamal Khashoggi in 2018.

Starmer stopped short of calling for Johnson to cancel his trip, which will also take in the UAE, but warned against replacing a long-term dependence on Russian oil, with a reliance on the Saudis.

“Obviously there’s a real energy crisis in terms of the cost at the moment, so anything that brings the cost down now is a step in the right direction, whatever it is,” the Labour leader said. “But going cap in hand from dictator to dictator is not an energy strategy”.

“It’s the same with refugees here, in terms of slow, behind the curve, in the heat of the moment – and in terms of energy, which is a shot term, slapdash approach instead of a long-term strategy.”

Starmer said instead of pursuing more supplies from Saudi Arabia, Johnson could bring down energy prices by implementing Labour’s plan to levy a windfall tax on oil producers.

“Oil and gas companies in the North Sea have made more profit than they expected because of the global price. In their own words, they say we’ve got more money than we know what to do with: so tax that, use that to reduce your energy bills,” he said.

Saudi Arabia is part of the Opec+ oil producers’ deal, of which Russia is also a member. It has so far been reluctant to increase production since the invasion of Ukraine led to rocketing prices.

Johnson announced last week that the UK would end the import of Russian oil by the end of this year, and was examining the case for ending gas imports.

The government is expected to publish a new energy independence plan later this month, including accelerated targets for boosting production of renewables, and a renewed focus on North Sea oil and gas.

In an article for the Daily Telegraph, Johnson admitted western countries had made a “terrible mistake” by letting Putin “get away” with annexing Crimea in 2014 and allowing themselves to become more dependent on Russian energy.

However, he told Britons that divesting from Russian power would be “painful” and that the financial help offered by the chancellor, Rishi Sunak, to help with rising bills this year could not be afforded for long.

Sunak is expected to take limited measures to tackle the cost of living crisis in his spring statement next week, potentially including a cut to fuel duty.

Last month the chancellor announced measures to limit the impact of energy price rises, including a £150 council tax rebate for properties in band A to D and a £200 reduction in household bills, to be clawed back over five years.

But energy prices have surged higher since Russia invaded Ukraine, exacerbating the impact of price rises in other areas, and raising the spectre of inflation remaining high for much of the year.
#Jamal Khashoggi  #Boris Johnson  #Afghanistan  #Johnson
Add Comment