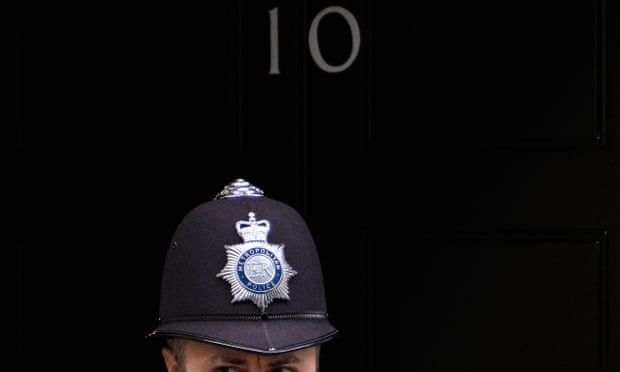 Boris Johnson expected to deny wrongdoing over No 10 parties

The prime minister has until Friday to answer a questionnaire sent by the Met which may lead the force to issue a fixed penalty notice (FPN) or conclude there was no case to answer.

Johnson is expected to reject the allegation that he broke any laws prohibiting gatherings, but No 10 said it would not make public his defence. His official spokesperson said: “We will respond as required. As you know, I think the Met made clear that that was in seven days, so we will comply with that requirement.”

Questionnaires have been sent by the Met to dozens of aides and civil servants believed to have been at gatherings in Downing Street during lockdowns in 2020 and 2021.

Speaking on a visit in Scotland, Johnson said he would have “a lot more in due course” to say on the partygate row once the police investigation was concluded. At that point, the full investigation by Sue Gray, the senior civil servant tasked with carrying out an inquiry, is expected to be published.

After the publication of Gray’s initial findings, Johnson apologised for the culture in Downing Street and claimed he would “fix it”. But he went on to strike a less contrite tone, throwing a false insult at Keir Starmer, suggesting the Labour leader was responsible for the failure to prosecute the serial sex abuser Jimmy Savile while director of public prosecutions.

Starmer confirmed on Monday he had received death threats as a result of the slur, saying what the prime minister said was “very wrong” and he “knew what he was doing”.

Throughout the partygate scandal, Johnson has continued to insist he broke no rules, but apologised for attending one gathering, a “bring your own booze” garden party organised by his principal private secretary on 20 May 2020.

He is also believed to have been present at a birthday celebration in No 10 on 19 June 2020 and leaving dos for aides in November that year and in January 2021. Police are also investigating a gathering in his personal flat in Downing Street.

If the police issue Johnson with a fine, he could accept it or potentially challenge it. Payment of the penalty does not constitute an admission of guilt to an offence and does not result in a criminal record, but the failure to pay it could lead to a prosecution in a magistrates court.

The law firm Bindmans has pointed out there is no statutory mechanism for appeal or review of a FPN issued under Health Protection Regulations.

They say those who choose not to pay may “request a hearing” and be prosecuted, risking criminalisation. However, it is possible to make representations to the police requesting withdrawal of a FPN, or another route of challenge may involve the threat of judicial review proceedings in the high court.

Bindmans said: “It is not clear whether the decision to give a FPN is a decision which the high court would consider to be susceptible to judicial review. However, we have been successful in persuading police forces to withdraw FPNs and pay our clients’ legal costs after sending pre-action correspondence.”

Any penalty awarded by the police move has the potential to spark fresh expressions of no confidence in Johnson from Tory MPs.

Some backbenchers have held off calling for a ballot on his leadership until the outcome of the Met’s investigation, having suggested they could submit a letter of no confidence if Johnson is found to have misled parliament or is fined for breaking the Covid rules he set.
#Boris Johnson  #Johnson  #Covid
Add Comment