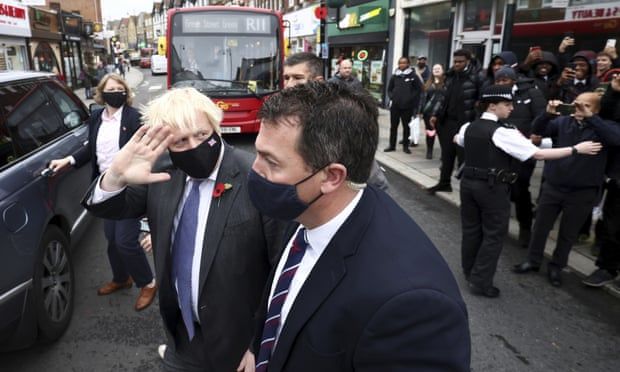 ‘Boris is a waste of space’: sleaze row to test Tory loyalties in byelection

Residents in Old Bexley and Sidcup are vacillating over whether to return the Conservatives to power in an upcoming byelection that will test their loyalty following the high-profile corruption allegations that have beset the party.

Gillian Moore, 64, a poll clerk and retired bank receptionist, said the sleaze row and the government’s mishandling of the pandemic response had undermined her faith in the Conservatives.

“I’ll probably vote Conservative because I don’t agree with a lot of the Labour manifesto. But I’m not impressed with the Conservatives at all. I really fancied Boris Johnson as prime minister but I think he’s a waste of space and I’m quite disappointed in him. I don’t think he inspires confidence. He makes promises he doesn’t keep,” she said.

The south-east London constituency has been a Tory stronghold since it was formed in 1983 and has long been considered a safe seat: the popular incumbent, James Brokenshire, who died of cancer in October after 11 years as the constituency MP, won his largest-ever majority of 19,000 in the 2019 election.

But on 2 December, residents will head to the polls to elect Brokenshire’s replacement in the wake of the Conservative party’s failed defence of Owen Paterson, the MP who broke lobbying rules, and amid questions surrounding Johnson’s personal conduct as a member of a parliament and claims of cash for peerages. 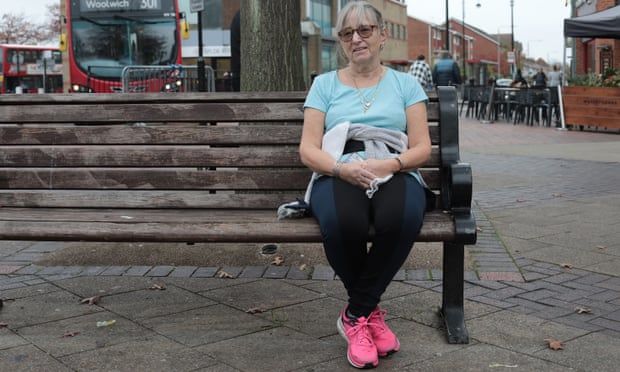 Gillian Moore: ‘I really fancied Boris Johnson as prime minister but I think he’s a waste of space.’

Most residents the Guardian spoke to in the middle-class constituency of London commuters, where incomes are above average and unemployment is low, said they were disappointed in the Tories over the sleaze row and Johnson’s handling of the pandemic response. Those willing to speak mostly said that while they felt frustrated by the Conservatives, they would continue to vote for Johnson’s party because they felt that the others had little to offer them. However, some were considering voting against the Conservatives.

Guy Plunkett, 86, a retired marine insurance broker, said that he had voted Conservative his whole life but was considering voting Labour because he felt the Tories “seem to fall down on promises”, especially about protecting the population from Covid. He added “the sleaze hasn’t helped”, and that although he agreed with the principle of amending parliamentary standards to enable suspended MPs to appeal, the government “chose the wrong time” to do so.

Two residents who run a small business in Bexley village, who asked to remain anonymous, said they would not be voting for the first time due to their disillusionment in politics as a result of the government’s handling of the pandemic, particularly its support for small businesses, which they considered to be unfairly distributed, as well as the corruption allegations. “The sleaze factor is frightening. I want to know more about it. UK politics has never been like that,” said one of the owners.

Although he said he had been an admirer of Brokenshire, the other business owner said: “I think Boris Johnson is the worst prime minister we’ve ever had.”

The pair also felt that politics was dominated by wealthy people who “don’t know the real world” across all parties. One said: “It’s very difficult for multimillionaires to form opinions on what working-class people do.”

She added: “So many people we talk to feel it’s not worth voting, people are very disenchanted with politics.”

Ian McCauley, 46, a freelance writer, said he would vote Labour since he is a party member, joking that he was “probably one of two round here”. He did not expect Labour to benefit from the scandals, however, but observed: “It’ll be interesting to see what happens with Reform [formerly the Brexit party], they might take a bit of the Tory vote away because of the sleaze row.”

McCauley added that he has observed growing numbers of people moving to the constituency from central London boroughs in search of cheaper housing, which he predicted may increase support for Labour.

Among these is Jamie Morris, 31, an account manager who moved from a “very Labour” constituency in central London, who plans to get involved in canvassing for the byelection campaign. “The Tory government is everything that’s wrong with this country, and everything going on with sleaze, scandal and corruption – I could never get behind it,” he said. 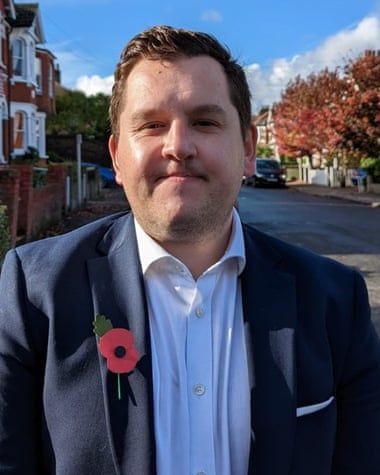 Four candidates are in the running: Louie French for the Conservatives, Daniel Francis for Labour, Jonathan Rooks for the Green party, and Richard Tice for Reform.

Francis, who is midway through his campaign, said sleaze and corruption had been regularly raised on the doorstep. “It’s cutting through to some residents. Not everyone brings it up, but some people are clearly coming back to Labour who didn’t vote for us in 2019, and other people want to send a protest message to government because of what’s happened over the past week.”

He added that people had also been enraged by cuts to the council’s budget and declining public services in the area, despite rising council tax bills. “They’re beginning to link those two together – MPs have time to have a second job but don’t have time to resolve the funding issues that local governments have had and get service people on the ground.”

While Johnson has long been a popular figure in the borough dating back to his tenure as London mayor, Francis, a longstanding councillor, said he was seeing residents turn against him. “I’ve heard more people moan about him over the past week than over the past few years. They see he’s in charge of the ship and yet the [sleaze row] isn’t being addressed.”