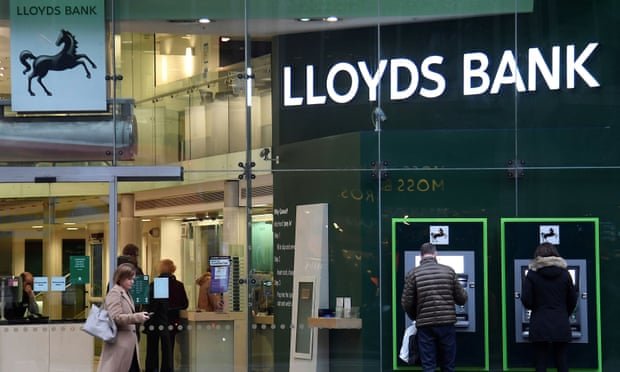 Lloyds on June Apologizes for Its ‘Shameful’ Role in Atlantic Slave Trade but... its black staff are being paid nearly 20% less than their colleagues, as it became the first major UK bank to disclose its black pay gap.
Britain’s biggest high street lender said the earnings gap was due to a lack of black staff in senior positions that come with larger salaries and bigger bonuses. Figures released as part of its wider race action plan showed the median pay gap between black staff and their colleagues was 19.7%, while the bonus gap stood at 37.6%.

Black employees make up 1.5% of Lloyds staff, but only hold 0.6% of the top jobs at Lloyds. The bank pledged in July to increase the number of black staff in senior roles to 3% by 2024 – bringing it in line with the black population in England and Wales – in response to Black Lives Matter protests this summer.

It is difficult to determine how Lloyds’ black pay gap compares with rivals, given that the bank is the first to publish the data. Unlike gender pay gap reporting, the disclosure of ethnicity pay gaps is still voluntary.

NatWest and Barclays are the only major lenders to have previously published combined pay gap data for black, Asian and minority ethnic (BAME) staff, though Santander UK expects to follow suit later this month and Virgin Money plans to do so in 2021.

Lloyds reported its own BAME pay gap for the first time on Friday, showing a 14.8% median difference, while the bonus pay gap stood at 32.5%. BAME staff account for 10.3% of all staff at Lloyds, and 7.3% of senior management. However, Lloyds said that, on average, BAME colleagues in the same role as white colleagues were not paid any less than their peers.

Lloyds also announced on Friday that it was launching a black business advisory committee led by the former Cabinet Office adviser Claudine Reid, to understand barriers faced by black-owned businesses. It will share its research and recommendations in the spring.

The banking group confirmed that the shortlist for its new chief executive had included a BAME candidate, but ultimately it chose HSBC executive Charlie Nunn for the job.

Lloyds’ outgoing boss, António Horta-Osório, said: “We want to be clear that we are an anti-racist organisation – one where all employees speak up, challenge, and act to take an active stance against racism. In doing so, our colleagues will help break down the barriers preventing people from meeting their full potential.”
Add Comment