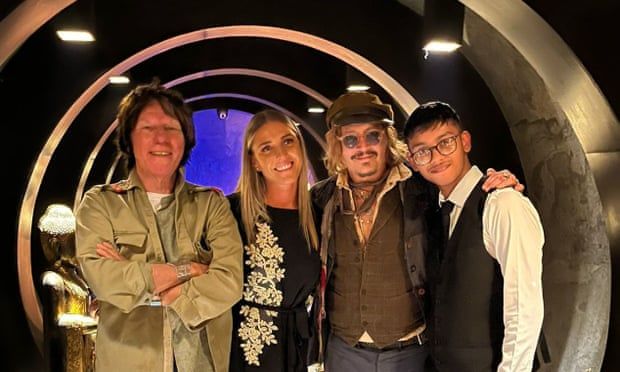 Interest in Varanasi from America, India, China and Europe has ‘blown my mind’, says operations director

Mohammed Hussain’s phone has been ringing off the hook for nearly 48 hours. He’s the operations director of Varanasi restaurant in Birmingham, and has been fielding calls from around world ever since news broke that Johnny Depp dined at the establishment on Sunday.

“Our Instagram has gone mental. We’ve never seen so much activity on there,” said Hussain. “I’ve had phone calls from America, from India, from Spain, Germany, China, and I just literally haven’t had the time to even sit down. It has been manic.”

Depp has been performing with guitarist and longtime friend Jeff Beck on a string of UK tour dates, and played Birmingham’s Symphony Hall on Monday night.

The night before, the pair and their entourage tried 10 different dishes over the course of a five-hour meal at Varanasi, with Depp even taking a bag of food home afterwards.

“He said it was the best curry he had ever had and even went to the extent of asking us to make a new set of food again and take it back to his hotel,” said Hussain. 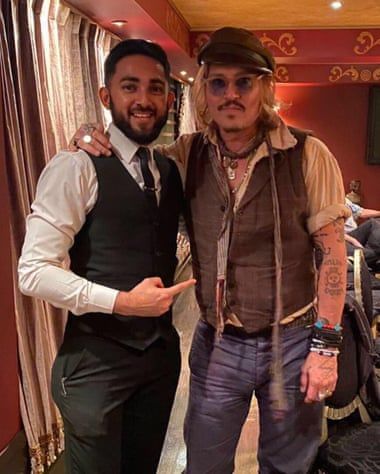 All restaurant staff were sworn to secrecy about Depp’s visit to the restaurant.

The group booked the entire 350-capacity restaurant, rather than one of the private dining rooms, as Depp has been swamped by crowds of fans as he has travelled around the country.

All staff were sworn to secrecy, while other bookings on the night were rearranged and customers compensated. The group entered through a “secret side door”, Hussain said.

The restaurant has declined to reveal how much was spent on the meal, and Hussain said he had turned down “huge sums of money” for pictures and videos taken with Depp on the night.

The Pirates of the Caribbean actor has been seen in Newcastle, Sheffield and Manchester since his high-profile lawsuit against ex-wife Amber Heard came to a close.
The staff at Varanasi are bracing themselves for a deluge of new bookings from people wanting to follow in Depp’s footsteps.

“We’ve had celebrities visiting since we opened, but I would say Johnny Depp is one of the biggest we’ve had,” said senior waiter Farha. “I imagine we’ll get a lot more now, they’re going to follow in his steps.”

“We will see an influx of more guests coming through now that we’ve had a celebrity of his calibre coming to the restaurant,” said Hussain. “I never expected this, to be honest. It has blown my mind.”