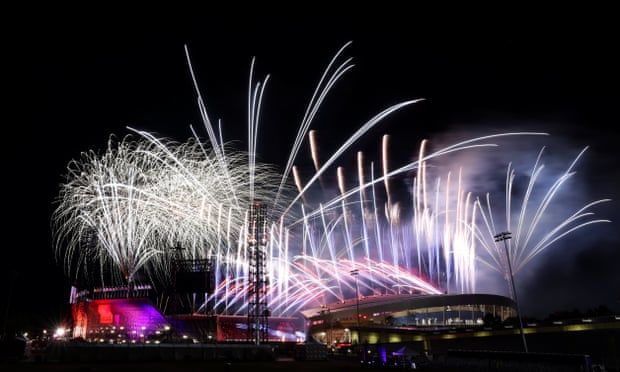 Birmingham is expecting a surge of tourists over the summer as the city’s reputation receives a boost from the Commonwealth Games, business leaders said as the 11-day sports event comes to a close.

The event has been heralded as a roaring success for the Midlands city, with more than 1.5m tickets sold – making it on track to be one of the most successful Commonwealth Games in history.

“I can categorically say this will be the busiest August that Birmingham has ever enjoyed,” said Neil Rami, chief executive of the West Midlands Growth Company. “You just have to see the throngs of people in the streets. We were forecasting about 85% hotel occupancy, but talking to some hotel managers it’s nearer 95% so we’re pretty much full.”

Leaders are determined to use the momentum from the games to put the city forward for other major events, and on Monday the sports minister Nigel Huddlestone suggested it could even be a future Olympic host city.

“One of the elements of legacy is thinking about how we can use the facilities and the experience to bid for other major international sporting events, and I don’t think it’s an unrealistic ambition to say the Olympics could be one of them,” he said. “This was Birmingham’s opportunity to shine and they’ve absolutely embraced it. We had high expectations and it’s more than met that.”

The event’s closing ceremony on Monday night was a celebration of West Midlands musical talent, with UB40, Beverley Knight, Jorja Smith, Dexys and the Selecter all performing , followed by a sequence from the upcoming Peaky Blinders theatre show with music by Laura Mvula.

The ceremony was closed off with a surprise appearance by Ozzy Osbourne, who played Black Sabbath’s classic hits Paranoid and Iron Man with the rest of his former bandmates. 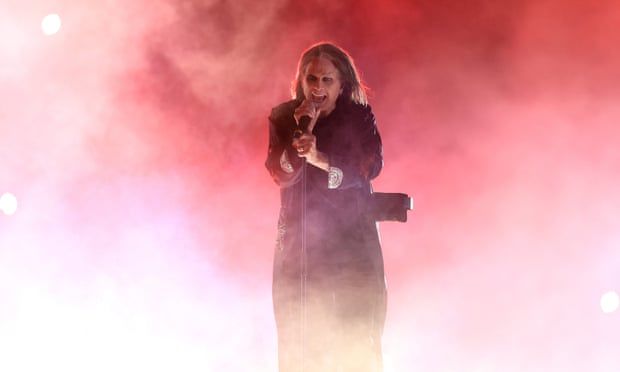 Ozzy Osborne and the rest of Black Sabbath perform during the Birmingham 2022 Commonwealth Games closing ceremony.

The opening ceremony, starring education activist Malala Yousafzai and Duran Duran, featured a 10-metre-high mechanical bull which is now on display in Birmingham city centre and attracting thousands of tourists.

“The opening ceremony was the tipping point I think because it helped tell our story. And people’s perceptions of the city have definitely changed,” said Rami. “It just takes one thing to turn the switch I guess, and this seems to have done it.

“We’re already very good at holding major events. What the Commonwealth Games has done though, is ensure that the whole of the region has been engaged in it, and hopefully many people around the world have also seen it. So that’s the difference.”

Off the back of the games, Airbnb has announced a £500,000 legacy pledge for the region which will see it do more to showcase its cultural highlights, while the Business and Tourism Programme designed to leverage the economic benefits of the games has secured 10 further conferences and sporting events. 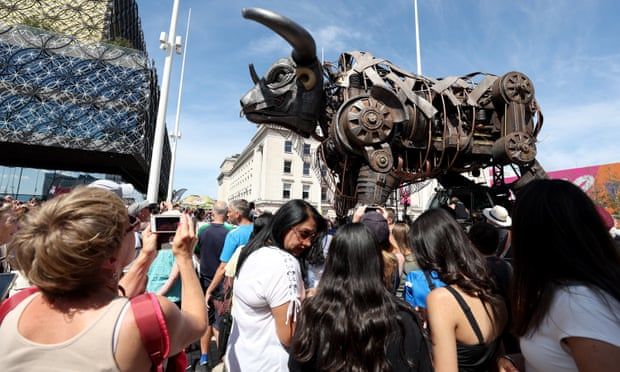 The 10-metre-high mechanical bull which featured in the opening ceremony is now on display in Birmingham city centre and attracting thousands of tourists.

The Birmingham 2022 chief executive, Ian Reid, said event organisers set out to boost pride in the region and they felt the positive reaction to the games showed they had achieved that.

“I think this city is now very much in the global spotlight, and we have no doubt that will generate a huge amount of increased tourism footfall and economic investment, and we’re looking forward to watching that growth,” he said.

Jess Phillips, the Birmingham Yardley MP, said she felt the event would help permanently shape the city’s identity across the country. “I’ve always thought Birmingham was an amazing city,” she said. “But it feels like the rest of the world has got to know what we have all known.

“It has been lovely to see the city through other people’s eyes and remind us that we’re very lucky to live here.”

She said she hoped the government would back up the games with a long-term plan for Birmingham, but the city would benefit regardless.

“I don’t think you will be able to undo the way that people in Birmingham, their expectations have risen,” the Labour MP said. “Loads of the venues have always existed here because we’re in the middle of the country. But they always felt like they were someone else’s, and now they feel like they’re ours.

“I think the legacy will be this sense of pride, confidence and feeling that these places are for us, and now we’re going to demand more from them.”