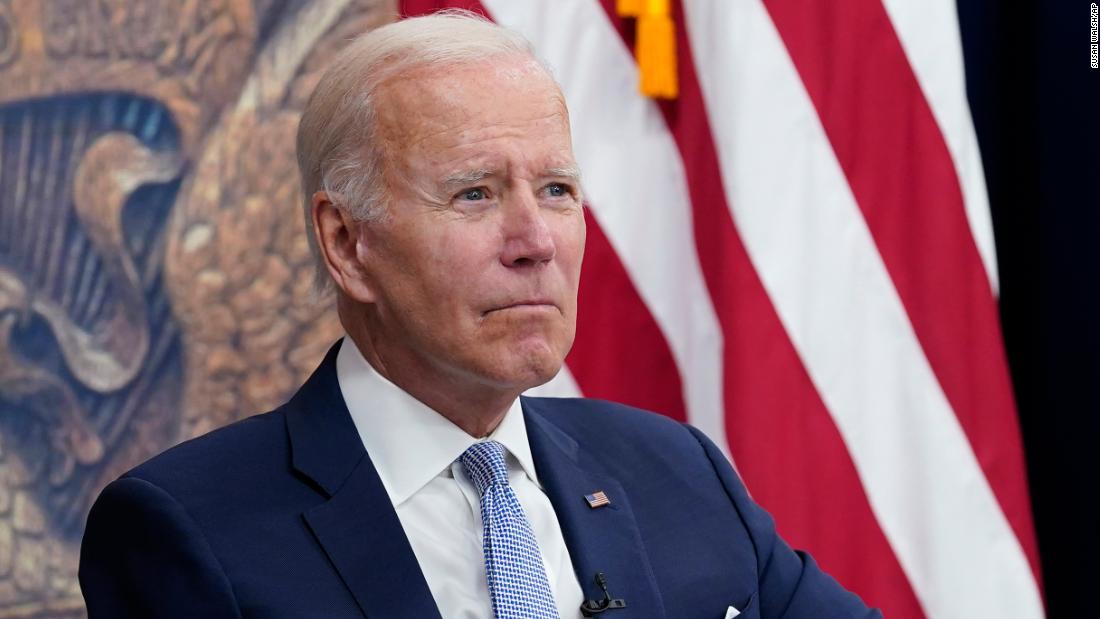 President Joe Biden is continuing to isolate at the White House on Sunday after testing positive for a rebound case of Covid-19 Saturday morning, White House physician Kevin O'Connor wrote in a letter Sunday that was released by the White House, adding that the President "continues to feel well," but, "unsurprisingly, his SARS-CoV-2 antigen testing remained positive."
Biden, who emerged from isolation earlier last week after testing negative on rapid antigen tests starting Tuesday, "will continue to conduct the business of the American people from the Executive Residence," O'Connor writes, continuing "to be very specifically conscientious to protect any of the Executive Residence, White House, Secret Service, and other staff whose duties require any (albeit socially distanced) proximity to him."

A White House official said Sunday that Biden, 79, had six close contacts prior to the positive test a day earlier that sent him back into isolation. None of those contacts have since tested positive, the official said.

Sunday is considered "day one" of positivity in the President's latest isolation period.

When Biden first tested positive on July 21, there were 17 individuals who were considered close contacts. None ended up testing positive.
Out of concern over a rebound infection, officials had worked last week to limit Biden's exposure to others, including making events socially distanced.
In a sign that he's committed to working despite testing positive again, Biden on Saturday FaceTimed a group of demonstrators protesting on Capitol Hill after Senate Republicans blocked efforts last week to pass legislation aimed at veterans suffering from ailments related to burn pits.

During Biden's first bout with the disease, he experienced mild symptoms, including runny nose, fatigue, high temperature and a cough, according to his doctor. The President completed a five-day course of Paxlovid, which requires a doctor's prescription and is available via emergency use authorization from the US Food and Drug Administration for treatment of mild-to-moderate Covid-19 in people 12 and older who are at high risk of severe illness.

The US Centers for Disease Control and Prevention issued a health alert to doctors on May 24 advising that Covid-19 symptoms sometimes come back, and that may just be how the infection plays out in some people, regardless of whether they're vaccinated or treated with medications such as Paxlovid. The CDC said that most cases of rebound involve mild disease and that there have been no reports of serious illness.

Biden is fully vaccinated and received two booster shots. He received his first two doses of the Pfizer/BioNTech Covid-19 vaccine ahead of his inauguration in January 2021, his first booster shot in September and his second booster vaccination in March.
#Joe Biden  #BioNTech  #COVID-19  #vaccine  #Pfizer  #Covid
Add Comment