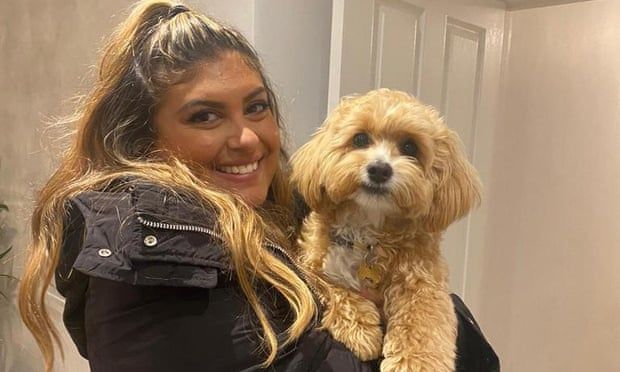 Dog owners should be wary of posting pictures of their pet on social media and leaving them unattended outside shops, police have warned, amid a rising number of dog thefts in the UK.

Last year, there was a boom in what were labelled “pandemic puppies” as people stuck at home during lockdown acquired pets to lift their spirits. But DogLost, a UK charity that helps victims of dog theft, recorded a 170% increase in the crime, from 172 dogs in 2019 to 465 dogs in 2020. And it is not just the UK – Lady Gaga had two French bulldogs stolen on Wednesday night and her dog walker was shot during the robbery in Los Angeles.

“The advice I would give from a police perspective is be aware of social media,” said Det Supt Neil Austin from the National Police Chiefs’ Council’s acquisitive crime unit. “People share pictures of their dogs and puppies on social media and very often haven’t got their privacy settings set correctly, and they use tags which obviously show where you live which is something to be aware of.”

Justine Quirk, of DogLost, said the impact of the pandemic had created a perfect storm for these sorts of crimes.

“Last March, due to lockdown, lots of people thought that this would be the best time to introduce a dog to the family. The demand grew really high, and some people bought them online without asking the diligent background questions you would usually asking when buying in person.

“When some people got wind at how expensive these dogs are, there was an increase of dog thefts by people who realised how valuable a commodity they are.”

Quirk has two cockapoos that have increased in value since she first purchased them. “And now when I walk them both, they’re worth so much more now it’s like I have £6,000 attached to my wrist.” 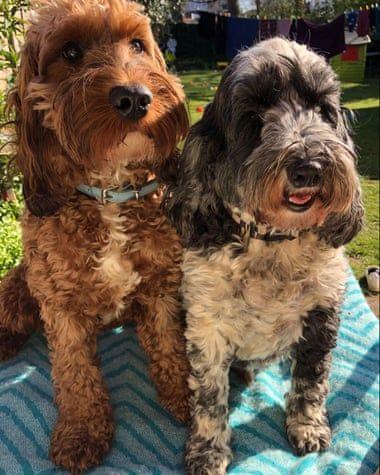 Research by DogLost also found the most commonly stolen breeds were cocker spaniels and springer spaniels.

“We have two types of crime here. One is the opportunists where they see a dog on its own and they steal it. And the other is the more organised element where they target breeders or people who are selling puppies online,” said Austin.

He added that, if possible, dog owners should avoid leaving their pet alone while out in public, even for a short while. “You shouldn’t leave your dog unattended, and people still leave their dog tied up outside a shop,” he said.

“And also, look around your home, make sure you’ve got some home security, CCTV, and that the gates are locked on the garden. All those sorts of basic security steps which you can take to reduce the chance of you having your pet stolen.”

Melina Georgiou, 27, a social media coordinator in Enfield, north London, had her maltipoo, Narla, stolen last Thursday, days before the dog’s first birthday. Narla, along with two other dogs, were in the dog walker’s van when it was stolen. Although two of the dogs have been found, Narla is still missing.

“She is the apple of our eye and we all adore her. We tell her we love her every five seconds, and then all of a sudden she’s gone and we don’t know if we are ever going to see her again. It’s a constant up and down of emotions, of feeling down about what has happened, but then feeling motivated to find her.”

Daniella Dos Santos, the senior vice-president of the British Veterinary Association, said it was important to microchip a dog or puppy.

“Microchipping is a safe, effective and permanent way to make sure that lost or stolen pets can be reunited with their owners. That’s why we’d encourage all owners to microchip their dogs by eight weeks of age and to keep their details up to date on an authorised microchipping database.”