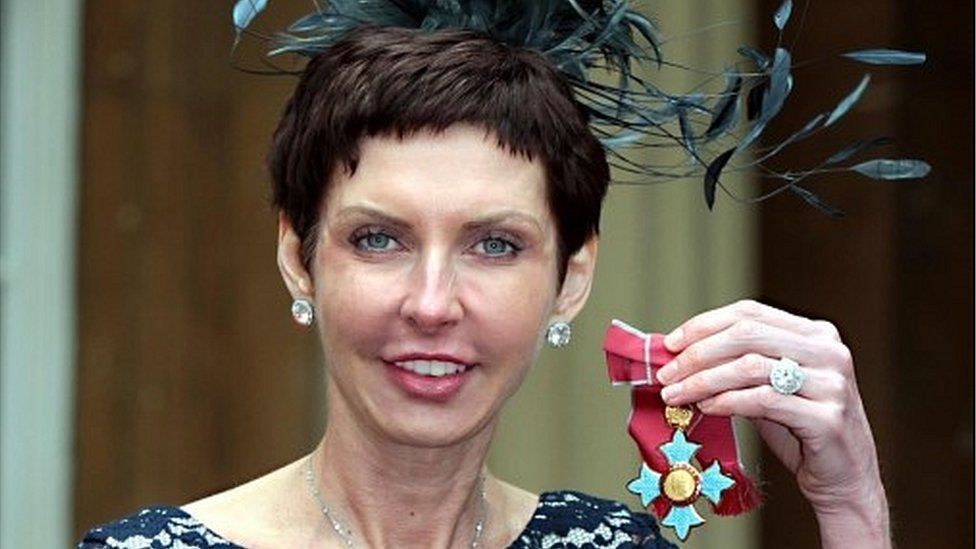 The boss of the gambling firm Bet365 has been awarded one of the biggest pay packets in UK corporate history.

The highest paid director of Bet365 Group - believed to be founder and majority shareholder Denise Coates CBE - earned a salary of £421m in the year ending 29 March.

The company said the arrangements were "appropriate and fair", despite sales falling at the firm last year.

But campaign group the High Pay Centre said it was "appallingly inefficient for single individuals to hoard wealth in this way".

Ms Coates, who founded the Bet365 website 20 years ago in Stoke-on-Trent, has been the UK's highest paid boss for several years.

She is also one of Britain's wealthiest women and a major philanthropist, donating millions through the Denise Coates Foundation.

That was more than the bosses of every FTSE 100 company combined, according to the High Pay Centre.

However, the company said it had not cut staff pay or laid off employees as a result of the crisis. It also did not make use of the furlough scheme.

The chief executive's annual pay packet is likely to be the biggest ever in UK history. Earlier this month hedge fund tycoon Sir Chris Hohn staked a claim to that title after paying himself £343m last year.